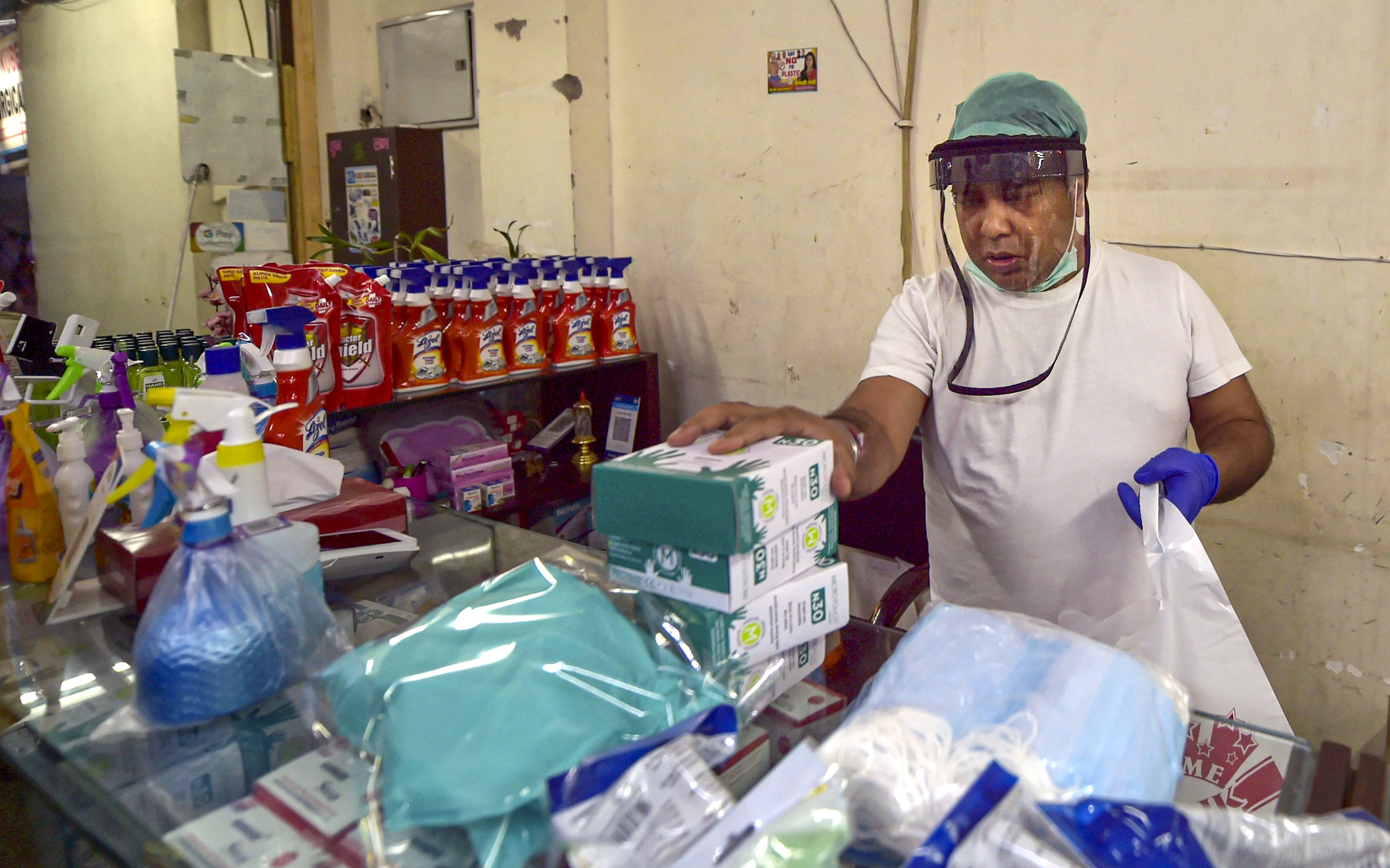 The 21-day lockdown has slowed the spread of the new coronavirus in the country, two independent research groups said on Monday, releasing numerical evidence but underscoring the need for continued rigorous social-distancing measures and possible limited lockdowns.

Their findings also point to the risk of resurgence if the lockdown and stay-at-home orders are lifted.

One of the two research groups, which has shared its findings with the government, has proposed multiple policy measures to promote social distancing across the country over several months to keep the rate of infection spread and patients per day as low as possible.

An analysis by researchers at the Institute of Mathematical Sciences, Chennai, has revealed that one coronavirus-infected person in the country spread the infection on average to 1.53 people over the past week, compared with 1.83 people during the previous month.

Sitabhra Sinha, a physicist at the IMSc studying complex systems who led the analysis, said the slight dip in the effective reproduction number — the average number of people infected by one infected person — might be the effect of the lockdown.

“If the trend we see over the past seven days continues, and if this is indeed a genuine response to the lockdown, the number of active cases (patients in hospital) we expect on April 20 would be slightly less than 20,000 and in the worst case around 30,000,” Sinha said.

“How the numbers of active cases will rise in the coming weeks will critically depend on how and to what extent the lockdown restrictions are eased.”

The work by the other research group at the US-based Centre for Disease Dynamics Economics and Policy has suggested that a hard lockdown — reducing transmission by 44 per cent — would have pushed the peak of the infections in India from end-May (around May 27) to mid-June (around June 17).

But the CDDEP study — not yet peer-reviewed — has also suggested that continued social distancing measures for multiple months in the post-lockdown phase could further delay the peak and curb the flow of new patients per day, allowing hospitals to manage cases more efficiently.

“We’re going to need behaviour change across society lasting several months,” said Ramanan Laxminarayanan, the CDDEP’s executive director who had collaborated with researchers from Princeton University and Johns Hopkins University for the analysis.

The CDDEP, which has shared its findings with the Narendra Modi government, has proposed multiple policies for the general population to try and minimise the transmission of the virus.

These include the immediate isolation of anyone who shows symptoms such as fever, cough, respiratory distress or pneumonia, universal use of protective face masks, restrictions on large gatherings or crowds, especially those that encourage substantial travel outside or within regions of India, and vastly expanded testing facilities.

“The lockdown has delayed hospitalisations but India and other countries will need to implement such long-term social distancing measures to further delay and reduce the peak of the infections and hospitalisations,” Ramanan said.

Epidemiologists and public health experts have also argued that given the large outbreaks and clusters of cases observed in some states, the country would need to impose localised lockdowns in specific geographical areas with high transmission.