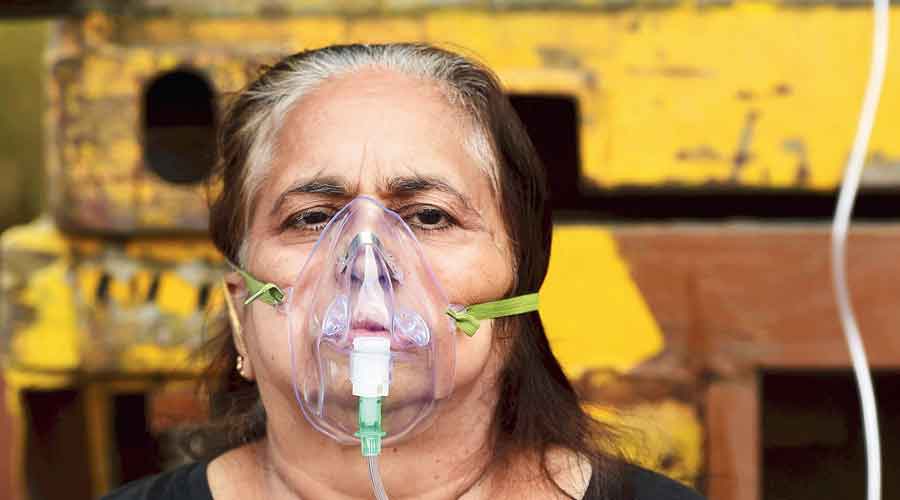 Delhi High Court on Tuesday directed the Centre to show cause as to why contempt proceedings should not be initiated against it for failing to comply with the order on supply of oxygen to Delhi for treating Covid-19 patients.

“You can put your head in sand like an ostrich, we will not,” the high court told the central government. It added that the Supreme Court has already directed, and now the high court is also saying that the Centre will have to supply 700MT oxygen daily to Delhi right away by whatever means.

“You are part of the city and seeing the situation yourself. No, you don’t know. Are you living in ivory towers?” the bench said.

A bench of Justices Vipin Sanghi and Rekha Palli also rejected the Centre’s submission that Delhi was not entitled to 700 metric tonnes of medical oxygen in the light of existing medical infrastructure. It said the Supreme Court’s detailed order on April 30 directed the central government to provide 700MT of oxygen per day to Delhi and not just 490MT.

“We had told you contempt is the last thing in our mind but it is certainly in our mind and don’t drive us to that last point. We mean business now. Enough is enough. Be clear on this. We are not going to take no for an answer. There is no way you won’t supply 700MT.

“There is (the) Supreme Court order and now we are also saying that you will have to supply 700MT oxygen daily to Delhi right away by whatever means. We would not hear anything except compliance,” an annoyed bench orally observed.

The bench, which heard for nearly five hours the matter relating to oxygen crisis and other Covid-19 related issues that Delhi is grappling with, said: “We see grim reality everyday of people not able to secure oxygen or ICU beds in hospitals” which have reduced beds due to the gas shortage.

“We, therefore, direct the central government to show cause why contempt be not initiated for not only non-compliance of our order of May as also of order of the Supreme Court dated April 30. To answer the said notice, we direct the presence of Piyush Goyal and Sumita Dawra (senior central government officers) tomorrow (Wednesday),” it said.

The bench also said just because the Delhi government earlier demanded less oxygen, therefore the people of this city should not suffer and the Centre will not ignore the revised requirement and will let people die.

On the submission of additional solicitor-general Chetan Sharma that the compliance affidavit of April 30 order will be filed in the Supreme Court by Wednesday morning, the bench said that “we fail to understand what good a compliance affidavit will do when as a matter of fact 700MT of oxygen is not delivered to Delhi. Even the earlier allocated 490MT and revised 590MT is not delivered even for a single day”.

Sharma submitted that the apex court has not directed supply of 700MT of oxygen per day to Delhi. The court disagreed with him and said a plain reading of the top court’s order showed that it had directed the central government to supply 700MT of liquid medical oxygen by making good the deficit.

The bench noted that the apex court’s order recorded the Delhi government counsel’s submission that as against the demand of 700MT of oxygen per day, manufacturers have been able to supply only 440MT. It said the apex court noted that the projected demand of Delhi in coming days will be 976MT of oxygen by increasing the medical infrastructure and that the situation must be remedied forthwith. It asked as to what does this direction of the apex court mean and what was the doubt in it. “This itself is sufficient to show that the Supreme Court has directed that Delhi should be provided with 700MT of oxygen per day. If there was any doubt, it could be cleared by further reading of the paragraph.”

The bench said the top court had noted the assurance given by solicitor-general Tushar Mehta that the national capital will not suffer and its demands of oxygen will be met.

However, the high court said this assurance has not been met and it has seen how big and small hospitals have been rushing to court on SOS basis due to lack of oxygen to treat critical patients. “It pains us that the aspect of supply of oxygen for treatment of Covid-19 patients in Delhi should be viewed in the way it has been done by the Centre,” the bench said.

It added that on one hand there is need to augment capacities to meet the rising numbers, while on the other hand, the existing infrastructure is crumbling and available beds cannot be put to use.

After the court dictated its order, Sharma said that he has taken the order and it may be uploaded on Wednesday morning only. To this, the bench said: “No, we will upload it today itself.”