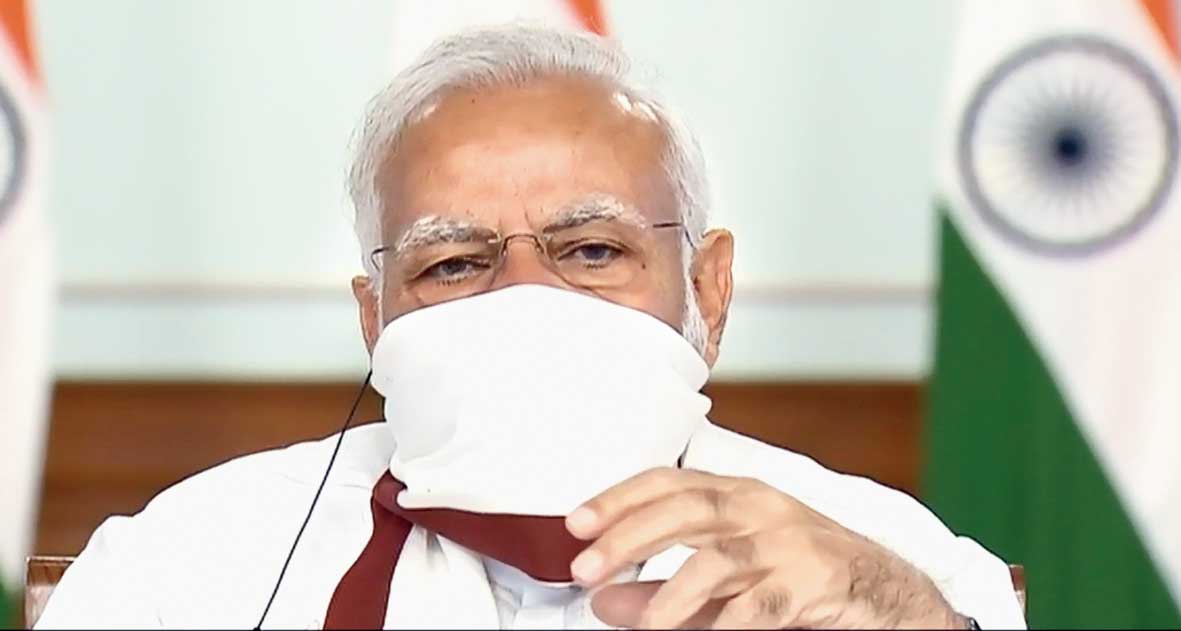 All India Radio News and Doordarshan News posted a series of videos from across the country of people thanking the Prime Minister for the Rs 500 deposited in their accounts.
(PTI)
Anita Joshua   |   New Delhi   |   Published 17.04.20, 11:10 PM

Public broadcasters All India Radio and Doordarshan have gone into a propaganda overdrive crediting Prime Minister Narendra Modi — who came to power at the Centre in 2014 with the promise of Rs 15 lakh in each family’s account — for the Rs 500 being deposited in Jan Dhan accounts.

The overdrive came amid reports of growing destitution triggered by the Covid-19 lockdown.

All India Radio News and Doordarshan News posted a series of videos from across the country of people thanking the Prime Minister for the Rs 500 deposited in their accounts.

It was clear that the effort was aimed at countering the narrative of a government insensitive towards the plight of the poor as the condition of migrants stranded at their places of work in abject surroundings gained attention.

The only catch was that many of those featured in the videos were evidently reading from a prepared text or being prompted to say their lines and did not quite look the part, triggering a series of counter-posts featuring India’s rich and famous, including government-friendly media honchos, thanking the Prime Minister for the deposits.

Given how slick the Modi government is with propaganda, these videos came across as a ham-handed effort to project the Prime Minister as the sole benefactor of the people — when several state governments have been way ahead of the curve in providing essential commodities to the poor — and make the paltry sum of Rs 500 look like a princely amount.

Apart from the Jan Dhan deposits, some of the videos — particularly posted by DD News Malayalam — pertained to the Rs 2,000 given to farmers; courtesy the central government’s decision last month to disburse the April-July instalment to about nine crore farmers under the existing Pradhan Mantri Kisan Samman Nidhi Yojana immediately.

Several economists had pointed out that this was not a new scheme but merely front-loading the release of the first of three instalments of Rs 2,000 each.

The propaganda overdrive comes at a time when state governments — which are at the forefront of battling the pandemic and also helping people survive the economic fallout — have been asking the Centre for more assistance and payment of their dues, particularly the GST compensation cess of the last few months of the previous fiscal.

Also, questions are being asked about the government’s delay in announcing an economic/welfare package that would soften the body blow caused by the lockdown and job losses. More so because the PM CARES Fund — for which all wings of the government have been aggressively soliciting donations — is reported to have got Rs 6,500 crore in just a week.

“Where is this money going? People liberally donated, a day’s wages were mandatorily deducted from government employees, everybody irrespective of caste, creed or gender came forward to strengthen the battle of United India against this pandemic,” asked CPM general secretary Sitaram Yechury, while drawing attention to the manner in which the party-led Kerala government was responding to the crisis, medical and humanitarian.