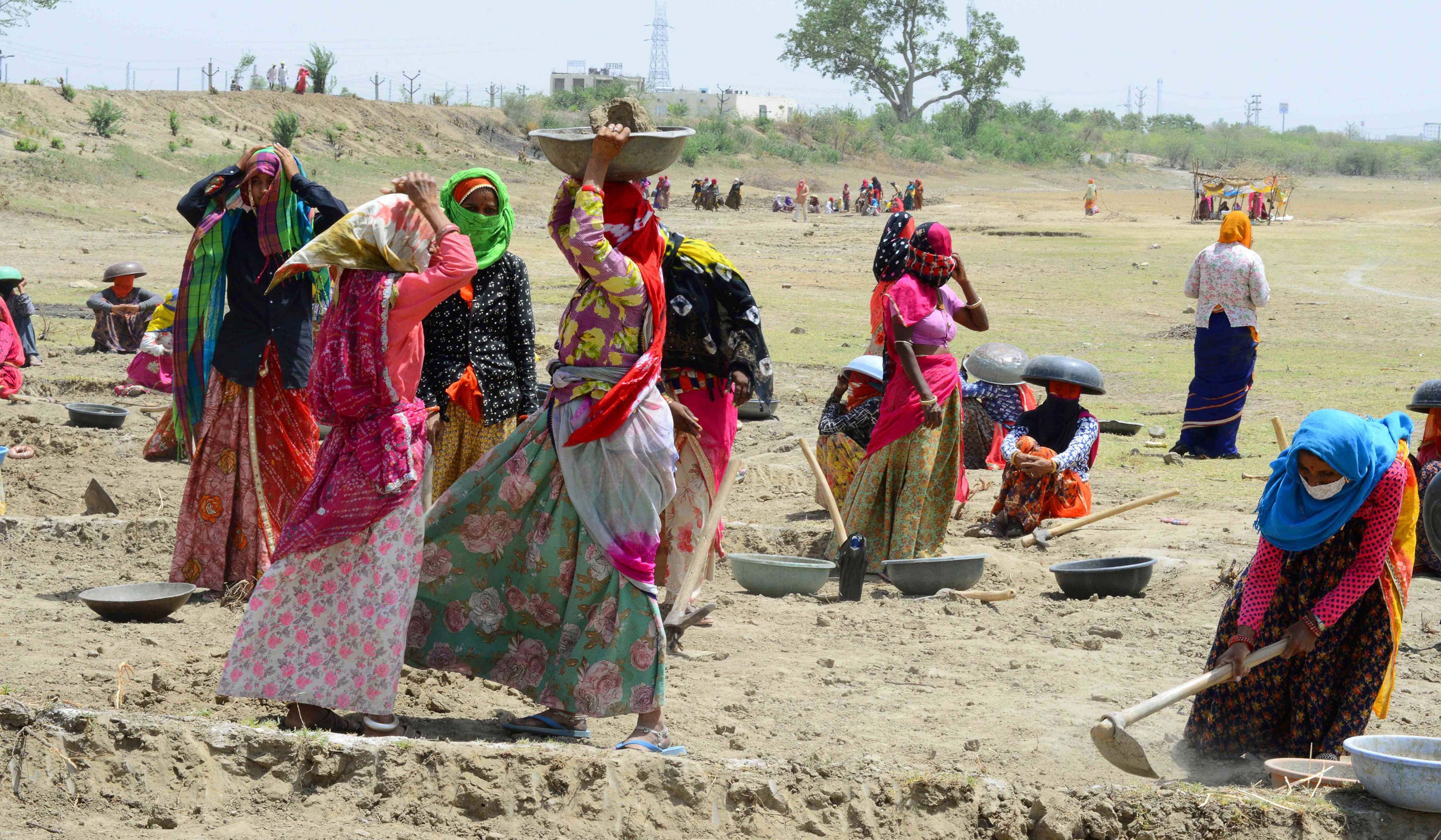 The grim employment scenario in urban India got aggravated while the rural sector showed some improvement in the last week of May, with researchers attributing the uptick in the villages to seasonal sowing activities and increase in work under the MGNREGA while calling the overall condition critical.

The following week, the countrywide unemployment rate increased to 23.81 per cent -30.01 per cent in urban areas and 20.99 in rural areas.

Since then, the unemployment rate for each week has remained between 21 and 25 per cent.

CMIE managing director Mahesh Vyas said it appeared that certain sections of workers, such as hawkers, small traders and daily wage-earners, had returned to work in May as the lockdown was gradually relaxed.

“It looks like some jobs are coming back as the lockdown is being relaxed. Sowing and preparation for kharif crop is also happening,” Vyas told The Telegraph.

Professor Santosh Mehrotra, chairperson of the Centre for Informal Sector and Labour Studies at Jawaharlal Nehru University (JNU), attributed the decline in the unemployment rate in the last week of May to sowing activities and the increase in work under the Mahatma Gandhi National Rural Employment Guarantee Act (MGNREGA). Mehrotra pointed out that sowing for the kharif season would be over in a few days.

“As I see, the sowing of seeds for the kharif crop is being done before monsoon. This provides a lot of scope for employment for a temporary period in the rural sector. MGNREGA work has picked up too. But the demand for MGNREGA work will increase,” Mehrotra said.

As of April 2019, 1.55 crore households had worked under the MGNREGA, the scheme that provides for up to 100 days of employment to every rural household in a year. The corresponding figure for April 2020 is 89.6 lakh.

All the surveys conducted in the past one month have pointed to a critical unemployment situation in India. A survey conducted by the Impact and Policy Research Institute (IMPRI), a Delhi-based private research group, interviewed 3,121 households across 50-plus cities from May 7 to May 17.

Its director Arjun Kumar told this newspaper that the study found that eight out of 10 casual daily wage labourers and six out of 10 salaried workers were unemployed or had lost their jobs during the lockdown due to closure of business and construction activities.

“More than 50 per cent of the respondents were worried about losing work and were anxious and apprehensive about how they would feed their families,” Kumar said.

He said the findings of the CMIE suggested that the decline in the rural unemployment rate could be attributed to the reopening of the economy.

“The opportunities had significantly declined. So any increase in opportunity will appear a sharp improvement,” Kumar said.

Mehrotra quoted a survey of the All India Manufacturing Association to say the business of more than one-third of micro, small and medium (MSME) enterprises and self-employment ventures was beyond recovery.

“The increase in unemployment in the urban sector is because of the MSMEs winding up,” he said.