Muslim migrants sheltered in temple for over a month 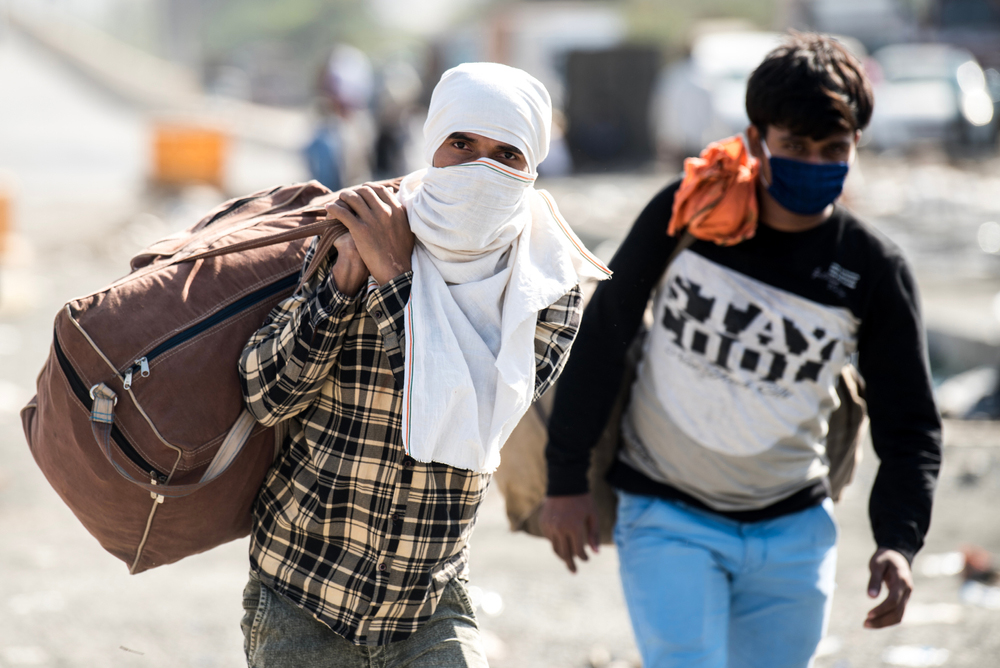 An Odisha village sheltered two Muslim migrant labourers from Bengal on the premises of a Hindu temple for well over a month during the lockdown, citing the obligations of “humanity”.

Sheikh Mohsin Ali and Anisur Alam, who eventually bicycled home to Mecheda in East Midnapore on May 17, said the villagers of Brahmanikuda, Jajpur district, had set them just one condition.

“We were not allowed to cook meat or fish on the temple premises, that’s all,” Mohsin said.

For the first 10 days or so during the lockdown, however, the two masons had no roof over their heads and had to sleep on the village roads. Then Santosh Kumar Jena, a local businessman, learnt of their plight and offered them a room on the local Saraswati temple’s compound.

It was a spare room used for meetings at the shrine, which opens once a year during Vasant Panchami.

Mohsin and Anisur had arrived at Brahmanikuda just about a week before Prime Minister Narendra Modi announced the lockdown on March 25 as a check on the Covid-19 outbreak.

A contractor had hired them against daily wages to help build a house for a local family.

“The work was finished just as the lockdown began, and the family asked us to leave. With nowhere to go and no way to return home, we slept on the village roads,” Anisur said.

“The local administration failed to arrange transport for us to return home despite taking our names down during the early stages of the lockdown,” Mohsin said.

Then Jena stepped in. Anisur said he had met Jena during his first visit to Brahmanikuda last December, since when he has been getting regular employment on construction projects in the village.

“The room (on the temple premises) remains unused for most of the year. When I heard that Mohsin and Anisur had no place to stay, I thought of this arrangement,” Jena told The Telegraph.

A handful of residents had objected initially but Jena said he was able to bring them round. He also bought utensils for the two labourers to cook their food.

Jena, who runs two factories in Rajasthan and Bangalore, said he was familiar with the migrant workers’ sufferings during the lockdown since his workforce included many of them.

“I realise how helpless these men are. When we see someone in trouble, we should reach out with humanity,” he said.

Mohsin and Anisur, who had earned about Rs 8,000 each before the lockdown was enforced, said they were able to buy rice, lentils and vegetables to keep them going for the 40 days or so they spent on the temple premises.

By mid-May, however, they were running out of cash. Desperate to get home, they bought second-hand bicycles for Rs 1,500 each from local vendors.

They set off for home during the early hours of May 15. “A river, Baitarani, flows by the village. Local people believe it’s the link between the mortal and immortal realms. We crossed the river on foot, dragging our bicycles along,” Mohsin said.

When they reached the Odisha-Bengal border around 3am on May 16, they were stopped by police. After a wait of more than 12 hours, they were finally allowed to cross into Bengal.

About 8am on May 17, Mohsin and Anisur pedalled into their homes, having travelled about 300km.