Congress Working Committee to meet on Sunday after poll debacle

Sources said a change in the organisational election schedule was possible 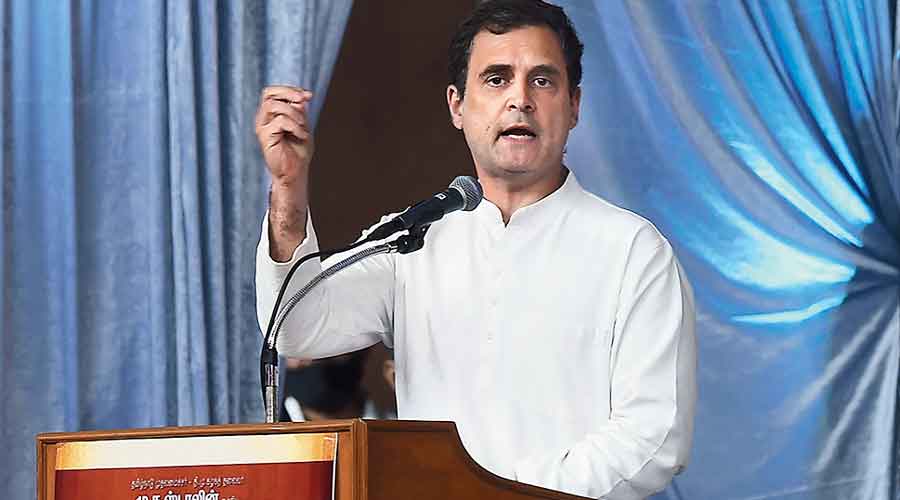 The Congress Working Committee (CWC) is scheduled to meet on Sunday evening amid mounting pressure to advance the organisational elections as there is a consensus among party workers and leaders that any further delay would be suicidal.

Although the CWC is primarily expected to discuss the causes of the miserable performance in the five state elections, the overriding concern is much larger — how to deal with the existential crisis the Congress is grappling with. The leadership vacuum, the need for an institutional decision-making framework and the inability to dominate the political discourse are the core issues the members are keen to discuss.

According to the schedule announced, the new party president has to be elected by September, and the CWC at the subsequent AICC plenary in October. Assembly elections in Gujarat are due in December and the dominant view is the party should be battle-ready much before that.

Sources said a change in the organisational election schedule was possible.

While the loss of almost three years since the 2019 parliamentary elections is being described by the majority of party members as a reflection of self-destructive inertia, the rout in the Assembly elections has triggered panic and triggered calls for immediate restructuring.

The group that was accused of rebellion for demanding corrective measures last year and the loyalists both believe that a full-fledged party president and an elected CWC must take charge at the earliest. The incumbent president, Sonia Gandhi, rarely meets anybody while Rahul Gandhi runs the show from behind the scenes.

Some leaders from the rebel group known as G-23 met on Friday at the residence of Ghulam Nabi Azad and said the party had refused to learn lessons from repeated electoral debacles. “What happened to the report submitted by the committee that probed the reasons for losses in Assam, Bengal and Kerala? Thrown into the dustbin? We don’t know even now who takes the critical decisions, how decisions are taken. Our demand for a parliamentary board to take all important decisions was ignored. The party cannot be run on the whims of a chosen few,” a leader said.

Another leader said: “If they want to appoint Rahul Gandhi, let them do so without delay. But the worst crisis is that he doesn’t have a political team to guide him. There is no channel of communication. There is nobody who will speak the truth in front of him. If this continues, do you see any future for the Congress? The party has to be restructured and revived for the sake of Indian democracy. We cannot destroy the Congress like this.”

While some have reservations against Rahul’s leadership, the loyalists believe the party won’t survive without the Gandhi family and there is no time left for experiments.

Karnataka unit chief D.K. Shivakumar was the first to come out in defence of the Gandhis, asserting that their leadership was essential for the survival and unity of the party.

Gujarat-in-charge Raghu Sharma said: “Rahul Gandhi is the leader and will continue to lead. Priyanka Gandhi will also be there.”

Sharma added: “Fickle-minded people who change their opinion should understand that electoral ups and downs happen. It is only Rahul who is fighting for the ideology and idea of India. Who is fighting Narendra Modi more fiercely than Rahul Gandhi? There is no dispute over their (the Gandhis’) leadership in the Congress. Differences of opinion may be there but Rahul is the supreme leader.”

Shashi Tharoor, one of the members of G-23, wrote in an article on Saturday that the Congress should assert its ideological position and encourage the youth.

He wrote: “The Congress must rejuvenate itself, bringing in fresh faces and young blood into its leadership at all levels – village, block, district, state as well as national. Young Indians must believe we understand their aspirations and can be trusted to promote them in government.”

My weekend column in @mathrubhumieng tries to set out a positive agenda for @INCIndia in the wake of the rout in the recent Assembly elections: https://t.co/e0Dd2foruh

He also advocated internal elections at all levels, including the CWC.

Ironically, Rahul too pursues the same objective and it is the G-23 that is accused of resisting the injection of new blood.

While there may be an agreement on the timing of organisational restructuring, any argument against Rahul is expected to meet blunt rebuttal. Although it is not yet clear if Rahul is interested in becoming the party president again, his supremacy in the Congress is unquestionable.

A section of senior leaders would prefer Priyanka Gandhi Vadra to take over, citing her sustained struggle in Uttar Pradesh. But she is unlikely to accept any such offer without Rahul’s approval. To think that Priyanka will challenge Rahul is absurd.