Cong to BJP: Hoshiarpur not Hathras 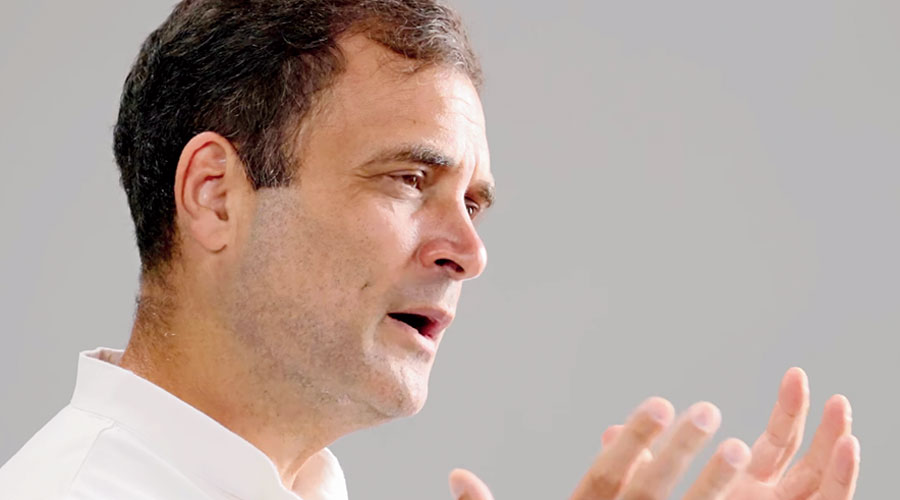 The Congress on Saturday expressed shock at the senior ministers of the Narendra Modi government comparing the Hathras horror with the rape and murder of a Dalit girl in Punjab’s Hoshiarpur, wondering if they couldn’t see the difference between the response of the Punjab and Uttar Pradesh administrations.

Rahul Gandhi himself confronted the BJP’s leaders who had questioned his silence on the Hoshiarpur rape, saying through a tweet: “Unlike in UP, the governments of Punjab and Rajasthan are NOT denying that the girl was raped, threatening her family and blocking the course of justice. If they do, I will go there to fight for justice.”

Mahila Congress chief Sushmita Dev said at a news conference: “Rahul Gandhi and Priyanka Gandhi felt the need for standing with the family of Hathras because the police, the administration and the government was threatening them and were trying to hush up the case. The body of the rape victim had been burnt in the middle of the night against the family’s wishes. The chain of events was so horrific that leaders of other parties also went to show solidarity with the family.”

She said: “Three ministers — finance minister Nirmala Sitharaman, I&B (information and broadcasting) minister Prakash Javadekar and health minister Harsh Vardhan woke up from their deep slumber to speak about Hoshiarpur incident and question Rahul Gandhi and Priyanka Gandhi for not going there. Can’t they see the difference? While the FIR was registered under the strictest possible clauses of the IPC and Pocso (Protection of Children from Sexual Offences) Act in Punjab, the chief minister and the DGP have called for immediate action. All the accused have been arrested.”

She added: “In Uttar Pradesh, the district magistrate was threatening the family. Rape charge was not included in the FIR. Top police officers said no rape took place. The media was not allowed to enter the village. The administration and the BJP leaders were rallying behind the accused.

“It becomes the duty of the Opposition to express solidarity with the victim’s family under such abnormal circumstances. What were the BJP ministers doing when all this happened in Hathras? Did they call for justice to the victim and the family at that time, or during the Unnao case when the victim and family members were being killed?”

Recalling that even Allahabad High Court felt compelled to intervene because of the actions of the administration and gave a tight slap in the government’s face, Sushmita said: “Rape is an unfortunate tragedy wherever it happens. But what is critical is the role of the government. We won’t tolerate if our governments behave in that brutal manner like the Yogi Adityanath government did. Nirmala Sitharaman, having ruined India’s economy, should keep her mouth shut if she has any sense of shame. She should not demonstrate her insensitivity and brazenly partisan attitude towards such issues.”

Attacking Rahul and Priyanka, Sitharaman had said: “In the Hathras rape case, it seemed as though they were all going out for a picnic. The brother and sister ran towards the village. But why not in the case of Hoshiarpur or Rajasthan?

“The selective outrage of the party has been completely exposed. Why was there no response from the ‘tweet-friendly’ leader? Does this selective outrage suit the Congress party? At least 35 MPs were flamboyant in their statements on Twitter in the case of Hathras. Where are those 35 MPs today?”