Opposition not proud of anything Indian, says Nadda 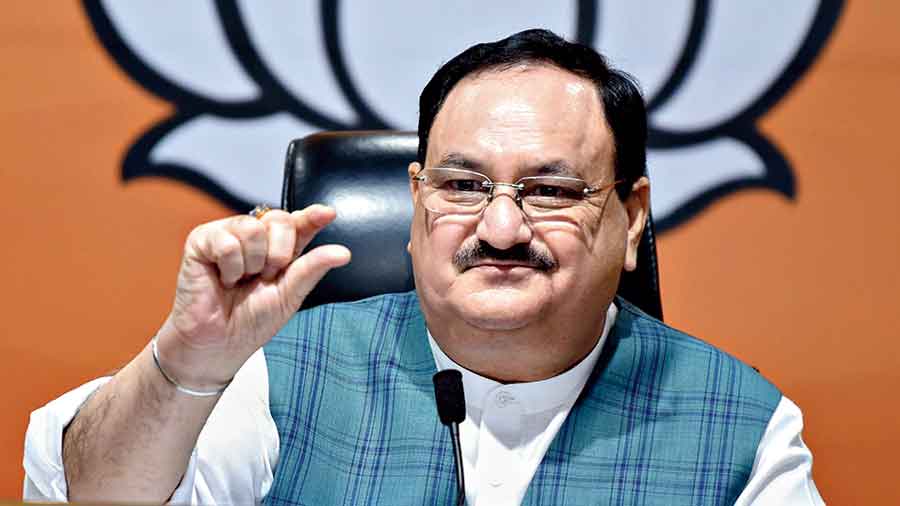 The Bharatiya Janata Party on Sunday lashed out at the Congress after some of its members questioned the DCGI approval of the Covid-19 vaccine of Bharat Biotech. Party president J.P. Nadda alleged that whenever India achieves something commendable, the party cites “wild theories” to ridicule the “accomplishments”.

Civil Aviation Minister Hardeep Singh Puri also took a jibe at the Opposition, saying they are on a quest for permanent political marginalisation.

His dig, however, drew a sharp retort from Congress leader Jairam Ramesh who compared him with Nazi propagandists.

Nadda accused the Congress and other opposition parties of trying to cause panic among people to further their “failed politics and nefarious agendas”.

“Congress and the Opposition is not proud of anything Indian. They should introspect about how their lies on the Covid-19 vaccine will be used by vested interest groups for their own agendas,” he said in a series of tweets.

Congress leaders including Shashi Tharoor, Anand Sharma and Jairam Ramesh raised concerns about the “premature” approval of Covaxin for restricted emergency use.

Nadda said, “Time and again we have seen whenever India achieves something commendable - that will further public good - the Congress comes up with wild theories to oppose and ridicule the accomplishments. The more they oppose, the more they are exposed. Latest example is the Covid vaccines.”

He said people have been rejecting this kind of politics and do the same in the future.

“Congress and other Opposition leaders are trying to cause panic in the minds of the people. I urge them to do politics on other issues, they should avoid playing with people's precious lives and hard-earned livelihoods,” the BJP chief said.

“While the entire nation is happy about the development of vaccines, the opposition led by the Congress is filled with anger, ridicule and disdain,” he alleged.

Puri in a tweet said, “Our in-house cynics M/s Jairam, Tharoor & Akhilesh are behaving true to form. They first questioned the valour of our soldiers & are now unhappy that the two vaccines to get DCGI nod are made in India. Clearly, they are on a quest for permanent political marginalization.”

Both Goebbels and Speer were close aides of Adolf Hitler.

Tharoor, a Congress MP and former union minister, also countered Puri, saying he had never questioned the valour of our soldiers.

“I would be happy and proud if more Indian vaccines are approved but only after a full 3-phase trial confirms they are safe & effective. Short-circuiting the process is unprecedented, inadvisable & risks lives,” he tweeted, while referring to Covaxin.

“We are baffled to understand what scientific logic has motivated the SEC (subject expert committee) to approve this vaccine posthaste... in violation of the criteria in the draft regulatory guidelines for the development of Covid-19 vaccines published by CDSCO on 21/9/20,” he further said.

India's drugs regulator on Sunday approved Oxford COVID-19 vaccine Covishield, manufactured by the Serum Institute, and indigenously developed Covaxin of Bharat Biotech for restricted emergency use in the country, paving the way for a massive inoculation drive.