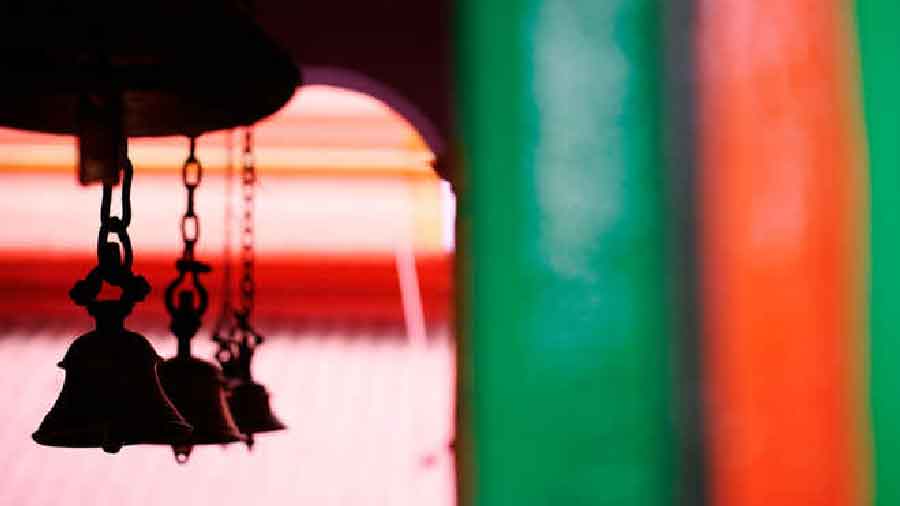 Tension erupted in the north Bihar district of Araria on Thursday when unidentified persons vandalized an idol of a deity installed inside a temple and foisted a flag on its premises, which bore inscription associated with a different faith, the police said.

Local BJP MP Pradeep Kumar Singh expressed outrage over the incident reported from a village in Rampur Kokapatti panchayat area and gave a "24-hour ultimatum" to the administration for bringing the culprits to justice.

Sub-Divisional Police Officer, Sadar, Puskar Kumar, said an FIR has been registered against unknown persons for the incident reported at the Laxmi Narayan temple.

Heavy police deployment was in place for maintaining peace in the village where the idol of 'Sheshnag' was found vandalised by local residents who also spotted the flag, which was later taken down, the SDPO said.