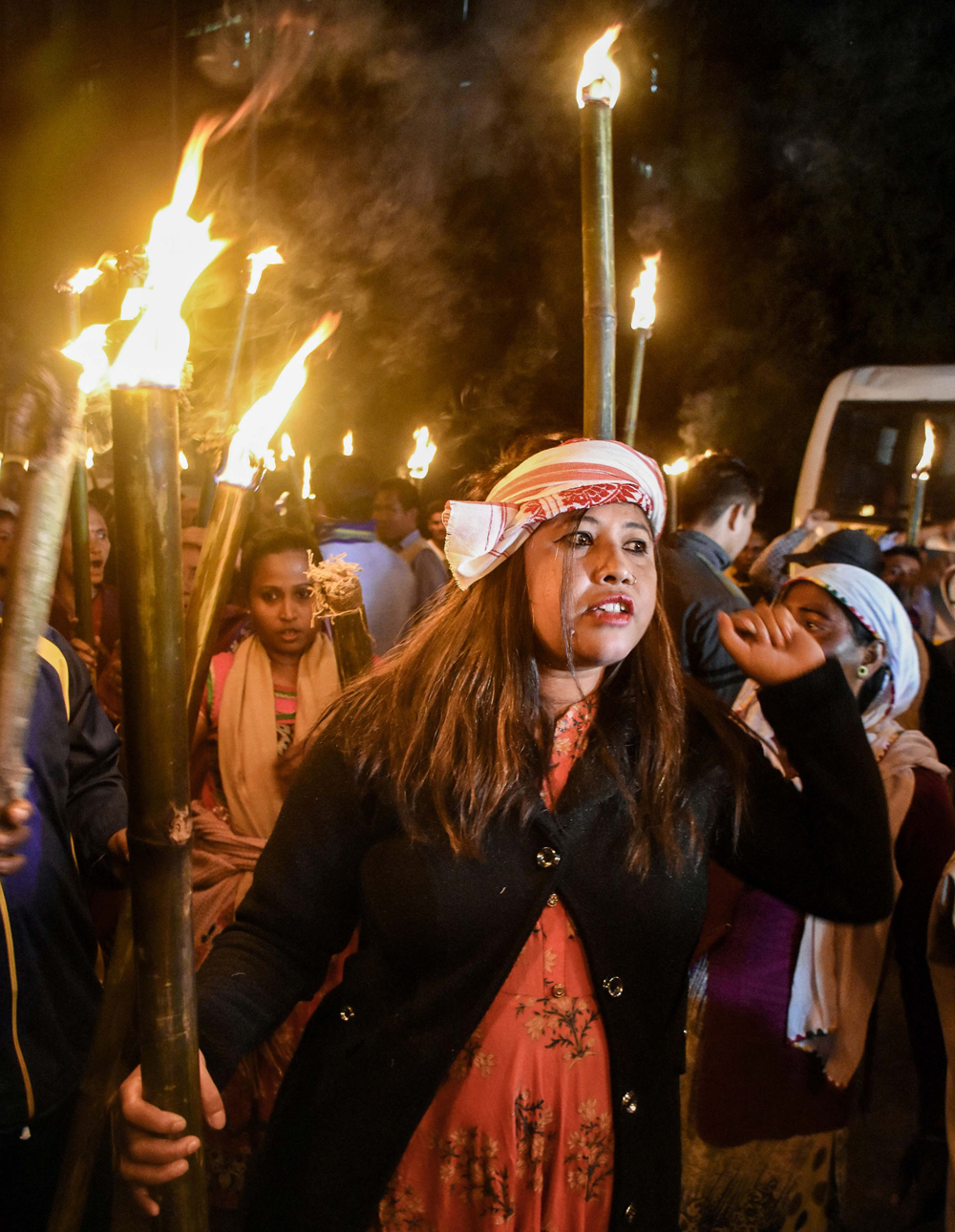 Home minister Amit Shah on Monday used the BJP’s brute majority to push through the Citizenship (Amendment) Bill in the Lok Sabha, five minutes past the midnight hour.

Shah claimed that the Narendra Modi government was correcting the failure of the pact that Jawaharlal Nehru and the then Pakistan Prime Minister Liaquat Ali Khan sealed in 1950.

Shah repeatedly referred to the Nehru-Liaquat pact on the protection of minorities in their respective countries. He claimed that India had protected its minorities but Pakistan and Bangladesh had failed. So, the Modi government was correcting the wrong, he added.

Shah led a targeted attack on the Congress and denied the charge that the bill was aimed at excluding Muslims.

Amendments pushed by the Opposition were conclusively defeated and the bill was finally passed with 311 votes in favour and 80 against. Now the bill will be taken up by the Rajya Sabha.

The bill proposes to give citizenship to Hindus, Sikhs, Buddhists, Christians, Jains and Parsis from three neighbouring countries, Pakistan, Bangladesh and Afghanistan. The exclusion of Islam led the Opposition to accuse the government of discriminating against Muslims, based on religion.

“Gandhiji said the partition of India will be done over my dead body but Congress accepted Partition on the basis of religion. It’s a fact and it can’t be denied,” Shah added amid loud protests by the Opposition.

“The Nehru-Liaquat pact failed. Had the spirit of the pact been followed by Pakistan, there would be no need to bring this bill,” Shah said.

Painting a grim picture of the religious minorities in the three countries, he said they had been persecuted and forced to flee. “India cannot afford to be a mute spectator to this,” said, justifying the provisions of the bill.

“This bill will provide the right to live with dignity to the minorities from these three countries who have suffered religious persecution and lived a hellish life for decades,” he said and credited Modi with correcting the wrongs committed by the Congress in the past. “What is the fault of these minorities?” he asked.

“This bill has got nothing to do with Muslims. It is only to give refuge and citizenship to persecuted minorities from the three countries bordering India,” Shah said.

He provided an answer to the question why Muslims had been left out: “Because Muslims are not a minority community in these three countries.”

The home minister’s response appeared to be to AIMIM member Asaduddin Owaisi, who tore the bill in the House, saying it was aimed at making Muslims “stateless” and would lead to another Partition of the country. “The bill is against the Constitution. It is a conspiracy to make Muslims stateless,” Owaisi said.

Shah led a single-handed onslaught on the Opposition with Prime Minister Modi not present in the House. Modi was on the campaign trail in Jharkhand during the day. Some BJP sources expressed the hope that Shah’s one-man show would help him reap full credit for pushing a bill close to Hindutva hearts.

“Where did they go? Want to ask those who are opposing, what was their fault?” Shah said. “Want to say to those who are accusing us of making India a Hindu Rashtra. The population of Hindus in 1950 was 84 per cent and of Muslims 9.8 per cent. Today, Hindus are 79 per cent and Muslims have risen to 14.23 per cent. So where is the persecution of Muslims?” he said.

Shah said the bill had nothing to do with the National Register of Citizens and promised the NRC would indeed be implemented across the country and not a single “infiltrator” would be spared.

Shah denied the Opposition’s principal charge that the bill violated Article 14 of the Constitution that guarantees right to equality to every citizen, saying the government was using the basis of “reasonable classification” that had been used in the past by the Congress, too, to grant citizenship.