Urgain Chodon, BJP chairperson of the Nyoma Block Development Council, corroborated the claim in a tweet 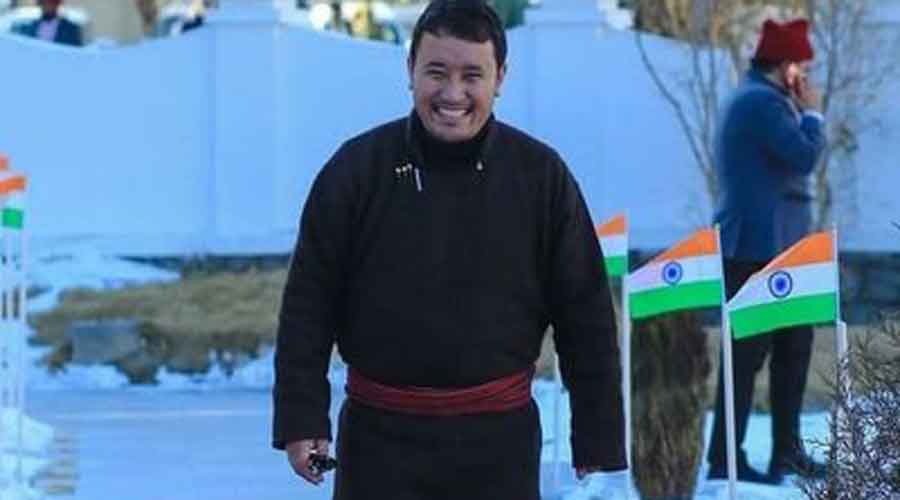 The Chinese army entered Indian territory at Chushul in eastern Ladakh on January 28 and “did not let our herds graze in our territory”, local Independent councillor Konchok Stanzin tweeted on Friday.

Urgain Chodon, BJP chairperson of the Nyoma Block Development Council, corroborated the claim in a tweet.

Chushul, where no Chinese intrusion had been reported before Friday’s tweets, is close to Chinese-occupied territory on the southern bank of the Pangong Lake.

Neither councillor said whether or when the Chinese troops had left, or why they were tweeting about it a fortnight later.

“On January 28 PLA Army came into our territory and did not let our herds graze in our territory,” Stanzin tweeted.

On 28th Jan PLA Army came into our territory and did not let our herds graze in our territory. You can see the visual.
BDC shared a video. https://t.co/Gy6cVGKQTz

He shared a video tweeted by Urgain, which shows five people chasing a herd of cattle. It’s not clear who they are.

The Indian army issued a statement saying the video appeared an old one, recorded during the summer, as it showed no snow.

Urgain claimed that while India’s security forces had taken “no action” against the Chinese intruders on January 28, they kept harassing local herdsmen.

He said a herdsman who had gone across the un-demarcated LAC to retrieve his yak was held on return by the Indian army and handed over to the police. He didn’t say where or when.

“On 28 jan PLA army came in our territory n not letting our herds graze in our own territory at dat time no action from security force but our own herdman cross the undemarcated Border to get his livelihood (yak) back army caught him from our own territory and send him 2 policestati (sic),” Urgain tweeted.

The Indian army said: “On January 26, soldiers of Indian army and ITBP observed a civilian coming over to their side of the LAC from across and apprehended him. On further questioning, it was found that while the civilian claimed that he had gone across to get his yaks, there were no yaks in his possession. Since the statement of the civilian and his actions did not match, as a precautionary measure, he was handed over jointly to the local police.”