The “game plan” of the CBI and the Enforcement Directorate was to prolong his stay in jail in the INX Media case, he says 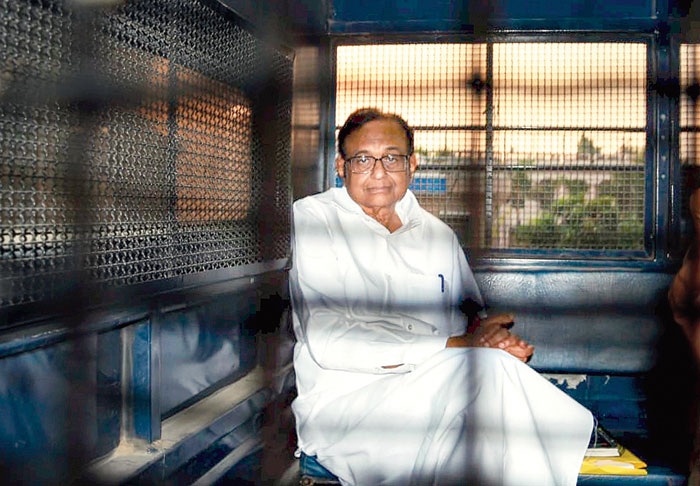 Former Union minister P. Chidambaram on Tuesday told the Supreme Court the “game plan” of the CBI and the Enforcement Directorate was to prolong his stay in jail in the INX Media case as all other accused in the case had been given bail.

Senior advocate Kapil Sibal, who appeared for Chidambaram, said the Congress leader has been in custody for the past 55 days but neither the CBI nor the ED had interrogated him since September 5.

“Today is the 55th day of custody. The idea is to complete the custody for 60 (days) and the game plan is to seek his judicial remand for further time. They have not interrogated him since September 5,” Sibal told a bench headed by Justice R. Banumathi.

“But now they object to his bail saying he would tamper with the evidence, influence witnesses and is a flight risk. There is no evidence on record. The FIR was registered on May 15, 2017, he has not gone anywhere out of the country from May 15 till date.

“Whenever he is called for interrogation he has gone. So where is the question of his fleeing?”

“They want to keep me (Chidambaram) in jail to humiliate me,” Sibal said.

Earlier, on October 4, the top court had issued notice to the CBI on Chidambaram’s plea for regular bail and fixed October 15 for the next hearing.

The hearings will continue on Wednesday, when solicitor-general Tushar Mehta would argue for the investigating agency

Chidambaram, arrested by the CBI on August 21, had initially been in CBI custody for 15 days and from then on has been in judicial custody. The former minister faces simultaneous prosecution by the CBI and the ED for alleged irregularities in Foreign Investment Promotion Board clearance given to INX Media for receiving foreign investment to the tune of Rs 305 crore against an approved inflow of Rs 4.62 crore.

Abhishek Manu Singhvi, another senior counsel who appeared for Chidambaram, said the Congress leader fulfilled the triple-test doctrine the court had evolved under which bail could be granted when the accused was cooperating with the probe, was not a flight risk and not tampering with evidence or influencing witnesses.

“This is like an operation is successful but the patient has died,” Singhvi said, arguing that the former minister was being denied bail despite meeting the three conditions.

“The whole body of allegations was based on the statements made by Indrani Mukerjea, a person who is accused of the heinous crime of murdering (her) own daughter (Sheena Bora).

“How much credibility will your Lordships give to… an accused who is also in jail on a murder charge, that too of her own daughter?

“All the other accused persons (in the INX Media case) are on bail. (Chidambaram’s son) Karti; the so-called chartered accountant Bhaskar Raman and the two Mukerjeas (Indrani and Peter).… Everyone is on bail except P. Chidambaram,” Singhvi said.