BJP president Amit Shah has tasked the party to reach out to each of the over 22 crore families that benefited from different schemes run by the Narendra Modi government and turn them into potential backers in the 2019 general election. 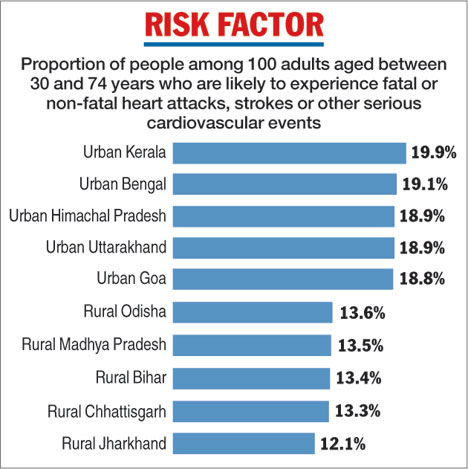 New Delhi: BJP president Amit Shah has tasked the party to reach out to each of the over 22 crore families that benefited from different schemes run by the Narendra Modi government and turn them into potential backers in the 2019 general election.

In an age where data is being termed the new oil, the BJP machinery under Shah is in the process of assimilating data of all the 22 crore beneficiary families.

The data is being broken down into polling booth-level information. A monitoring cell will be set up in every state and party cadres will be asked to be in regular touch with these families in the run-up to the polls, sources said.

The Modi government has claimed that different flagship schemes have helped over 22 crore families across the country, and BJP chief Amit Shah feels that these people can be turned into potential party voters in 2019.

The BJP rules 15 states directly, has deputy chief ministers and shares power with allies in four other states. The meeting is scheduled to be a marathon exercise where the performance of each state in implementing central schemes will be reviewed, party leaders said.

The reach-out task has been given particularly to different frontal organisations of the party, matching the profile of the beneficiary. Other units of the party too would be engaged for the massive drive.

The BJP has frontal organisations for youths, women, tribals, Dalits, OBCs, minorities and farmers. The party has coined the slogan, "Per booth, 20 youth". This means that at least 20 youths in every polling booth must be appointed for remaining in regular touch with the beneficiaries.

"Twenty-two crore families means a huge chunk of voters. Even if we succeed in turning half of these family members into BJP voters, our job is done and we are determined to achieve the target. You know how Amitbhai works," one party leader said.

Apart from the party organisation, Prime Minister Modi is reaching out directly to the beneficiaries through various platforms like the Narendra Modi App, video conferencing and Doordarshan.

Party leaders feel that the secret of Shah's brazen confidence about a 2019 victory bigger than 2014 was the arithmetic of the 22 crore beneficiary families plus 11 crore workers of the BJP. The BJP under Shah claims to have become the world's largest political party with a membership of over 11 crore.

"The BJP's supporter base has touched 11 crore. Meaning that many we have actually enrolled. The figure will go up even further, and they are spread all over," Shah recently told The Indian Express, pointing out that the party would sail through even if more than half of the 11 crore family members of the BJP supporters exercise their franchise.

One party leader said the BJP had for the first time won 282 seats on its own by securing around 17 crore (30.9 per cent) of the around 55 crore votes cast. "Apart from this arithmetic, Shah feels that Modi's personal chemistry with the voters would see the BJP garnering over 50 per cent of the votes polled," the leader said.

Shah, party leaders said, has told them that a united Opposition would pose a big challenge in 2019 and the only way to overcome it was to aim for crossing the 50 per cent figure.

The BJP had secured 31 per cent of the votes polled in 2014 but swept the polls with 282 seats, reflecting the divisions in the Opposition ranks. This time, the BJP feels that if the Opposition unites, the party cannot win with such a vote share. Hence, the ambitious target of 50 per cent.

Detractors of Shah in the party rubbished the assumption that beneficiaries of central government schemes will turn into BJP voters.

"In any government there are crores of people on paper who are shown as beneficiaries but that doesn't mean all of them will vote for the party in power. By that logic, the Congress would not have lost in 2014," one sidelined BJP leader said.

This leader, however, felt that "Modi's personal popularity and credibility" was still intact to a great extent despite the sluggish economy, farm distress and lack of jobs, and so the BJP can pull through in 2019.