No FIR has yet been registered against Chinmayanand, believed to be close to CM and fellow monk Yogi Adityanath 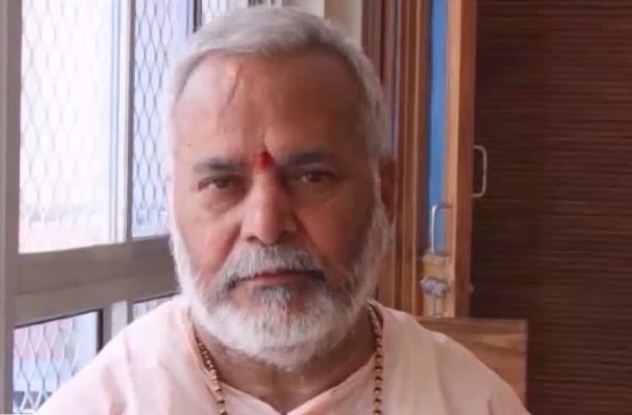 A local woman had in 2011 accused Chinmayanand (in picture) of abducting and raping her but the investigation dragged on till 2018 when, a year after Adityanath’s appointment as chief minister, the police dropped the charges
YouTube/ Manorama News
Piyush Srivastava   |   Lucknow   |   Published 13.09.19, 08:41 PM

Priyanka Gandhi Vadra on Friday alleged the BJP government in Uttar Pradesh was protecting former minister and ex-MP Swami Chinmayanand, accused of rape by a law student, because of his links to the party.

No FIR has yet been registered against Chinmayanand, believed to be close to chief minister and fellow monk Yogi Adityanath, although a special investigation team (SIT) of Uttar Pradesh and Delhi police has started a probe on the Supreme Court’s orders.

“The BJP government of Uttar Pradesh has made it clear by its actions that it has nothing to do with women’s security,” the Congress general secretary tweeted in Hindi.

“Why is the complainant girl again pleading before the media for security? Why are the UP police so inactive? Because the accused is related to the BJP?”

On Friday morning, however, the SIT brought the complainant to Chinmayanand’s Mumuksha Ashram in Shahjahanpur, western Uttar Pradesh, where she says she was sexually assaulted for over a year, to collect evidence in her presence.

Chinmayanand, questioned for the first time on Thursday night, has been asked not to leave the ashram, sources said. A PTI report said the former junior minister in the Atal Bihari Vajpayee government and three-time BJP parliamentarian was grilled for seven hours and his bedroom sealed.

“We have deployed forces around the ashram and asked the principals of all the four colleges run by Chinmayanand (from the ashram compound) to close them for two days,” a police officer told reporters in Shahjahanpur.

Since its formation on September 7, the SIT has questioned the woman, her family, a friend and the principals of two Chinmayanand-run colleges where she has studied.

The complainant, a postgraduate student at a law college run by Chinmayanand, says the former minister had threatened to kill her when she decided to resist his assaults.

She called the media in Shahjahanpur on September 10 and said that although she had lodged a police complaint two weeks earlier, no case had been registered because the entire government was supporting Chinmayanand.

She alleged that Shahjahanpur’s administrative and police officials, including district magistrate Indra Vikram Singh, were trying to bully her and her parents into withdrawing their complaint.

The district magistrate has declined comment on the allegation and police officers have refused to speak because the SIT is probing the matter. Adityanath has not reacted publicly on the charges.

At least four video clips have been circulating on social media since September 10, each purportedly showing a young woman massaging a naked man who resembles Chinmayanand and is apparently trying to initiate a smutty conversation with her.

Chinmayanand’s counsel Om Singh has said all the videos are fake.

A local woman had in 2011 accused Chinmayanand of abducting and raping her but the investigation dragged on till 2018 when, a year after Adityanath’s appointment as chief minister, the police dropped the charges.

The woman had last month made her allegations through a video, in which her face was partially masked, before going into hiding. After a group of lawyers drew the apex court’s notice to the matter, it asked the state government to provide her security. The woman then returned home.

On September 5, the apex court ordered the SIT probe. It also directed that the complainant and her brother, who too studies at a college run by Chinmayanand, be transferred to colleges in Bareilly where they can stay together at a hostel.