D.K. Shivakumar spent his own money to buy a 10-acre govt plot for the trust that is building a 114-foot statue of Jesus Christ 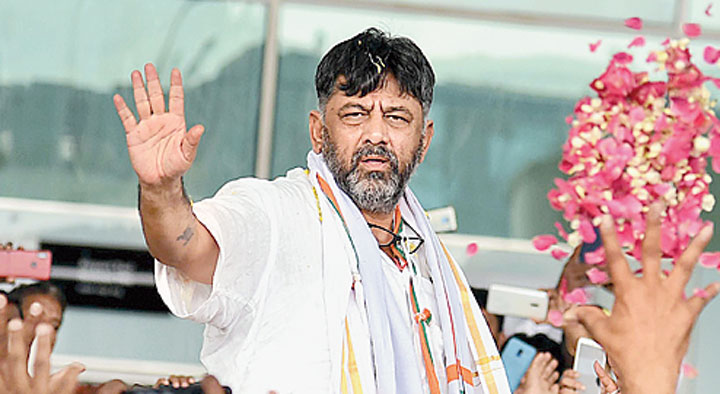 The BJP has slammed Congress leader D.K. Shivakumar for sponsoring a 114-foot statue of Jesus Christ in his constituency, terming it “appeasement politics” to toady up to Sonia Gandhi.

The proposed 101-foot statue atop a 13-foot pedestal is coming up at Kapalibetta in Harobele village, a predominantly Christian locality.

Shivakumar had spent his own money to buy a 10-acre government plot for the trust that is building what will be the world’s tallest monolithic statue of Jesus, his office said.

Karnataka minister K.S. Eshwarappa tweeted: “To impress their leader, those in the Congress who opposed the construction of a grand temple dedicated to Lord Ram, born in our holy country, are going to build from their own money a statue to Jesus, who was born in the Vatican.”

Jesus was born in Bethlehem, not the Vatican.

BJP parliamentarian and former Union minister Anantkumar Hegde tweeted: “Here is the Tihar returned great man who, for the sake of a position, is seeking to please the Italian woman by setting up a huge Jesus statue, thus displaying his gallantry.”

He added: “It won’t be a surprise if more slaves within the Congress compete with each other to do appeasement politics. The Italian woman gives importance to only those who have converted to Christianity.”

Another BJP parliamentarian, Partap Simha, asked whether the statue was part of a plot to convert the Vokkaligas of Kanakapura.

Shivakumar reacted by saying that hundreds of Hindu temples had been built in his constituency and that he was not doing it for publicity.