In this dialogue with The Telegraph, the professor emeritus with JNU examines the development in the larger context of historical evolution of RSS-Muslim relations through severe stresses and strains 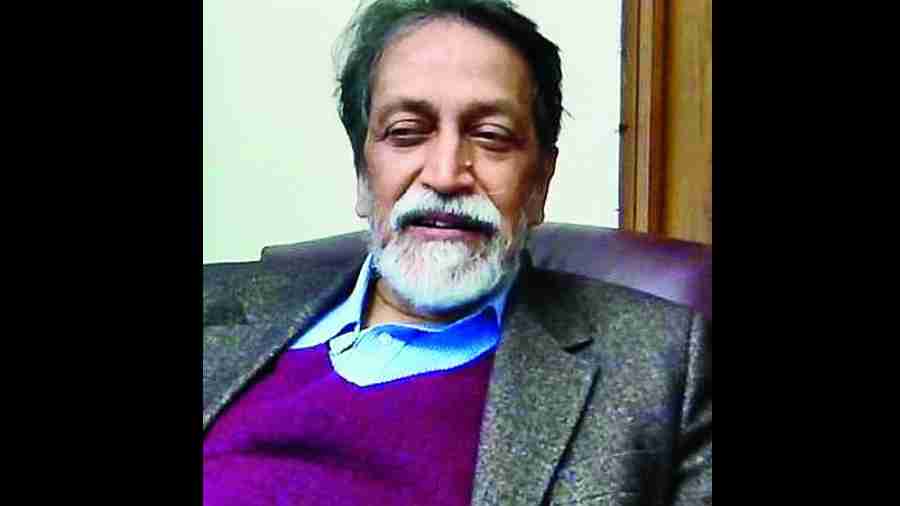 For the first time in years, the RSS has made a conciliatory gesture towards Muslims.

How genuine is it? Prabhat Patnaik, professor emeritus with JNU, in this dialogue with The Telegraph, professor of human science, examines the development in the larger context of the historical evolution of RSS-Muslim relations through severe stresses and strains.

Q: Could we claim that RSS chief Mohan Bhagwat has gone out of his way to “accommodate” Muslims into the pan-Indian scenario? He has said we need not look for Shivalingas in the crevices of every mosque and has paid a well-publicised visit to Umar Ahmed Ilyasi, head of the All India Imam Organisation, who has called him “Rashtrapita”.

Patnaik: These particular RSS moves have to be located within a broader overall context. The RSS has one unchanged agenda, to convert India into a Hindu Rashtra. This does not mean rule by the majority community; it only means, effectively, a dictatorship imposed by a front party of the RSS, within a democratic shell if need be, in the name of the Hindus. The talk of an “Opposition-free India” is a pointer in this direction. In this conception, the Muslims constitute the “other” who would become second-class citizens in that State.

This “othering” of the Muslims is a constant trait of the RSS, but in pursuing its agenda it has to make all kinds of tactical moves. What we are seeing today is such a tactical move ahead of the upcoming 2024 elections. In my view, it has no other significance.

But the RSS chief would like people to believe that these tactical moves have great significance. So, to think that they have any significance is to fall precisely into the RSS trap. Take his statement about not looking for Shivalingas in every mosque; but has he ever dissociated his own organisation from the Hindutva claims on the Gyanvapi mosque?

We must remember two points here: one, whether it is the RSS or the BJP leadership, what they say means little, for what they say and what is done under their rule have very little relationship. Remember, on the very day the Prime Minister had talked about the need to empower women, the criminals incarcerated in the Bilkis Bano case were all released and even garlanded.

Two, the various Hindutva outfits, though formally different from one another, work in synchrony, as the term “parivar” aptly captures. This formal difference, however, comes in handy: for instance, the RSS could claim innocence in relation to Gandhi's assassination even though there are eyewitness accounts of RSS cadres distributing sweets after his assassination.

So I would not take Mohan Bhagwat's apparent change of stance too seriously.

Q: Critics of the RSS say that nothing has changed. From Ram Madhav to Mohan Bhagwat, all demand --- to give two instances --- that Muslims should not call Hindus “kafir” and that they should regard their ancestors as Hindus. Where then is the room for reconciliation?

Patnaik: The RSS opposition to the Muslims has nothing to do with these specific issues, such as Muslims allegedly calling Hindus “kafirs” or not recognising their own Hindu ancestry. To believe that “reconciliation” will follow if such issues are resolved is utterly naïve; for any such “reconciliation” will mean the end of Hindutva politics: it would bring the political discourse in the country back to issues of unemployment, inflation and poverty, on which the Hindutva elements have nothing of their own to offer other than the facile neoliberal dogma that giving tax cuts to big business will get rid of all problems.

These so-called issues between Hindus and Muslims are not the cause of the communal separation; they are the pegs on which such separation, constructed by the Hindutva discourse that is in need of it, is made to hang.

The “othering” of the Muslim is also a means to create a Hindu identity, which itself is of very recent origin. Historians like Romila Thapar have pointed out that even as late as the late 19th century, reference used to be made to the “Hindu group of religions” — a monolithic Hindu identity did not exist. The construction of this monolithic identity together with its “other”, a corresponding monolithic Muslim identity, is of recent vintage, and the RSS has played a prominent role in this construction.

To think that differences on issues like “kafir” and (the acknowledgment of) the Hindu ancestry of Muslims are what divide the two “communities” is precisely to accept the worldview of the RSS and other Hindutva groups that these two “communities”, each viewed as an integrated totality, have existed for centuries in an irreconcilable relationship.

Q: Some again regard it as a well-orchestrated duet between Narendra Modi's classic pronouncement of “Sabka sath, sabka viswas” and the recent RSS effort, made with an eye on the upcoming national elections. They believe that the aim is to break the existing, intractable opposition between the two groups.

Patnaik: I believe the pronouncement “Sabka sath, sabka viswas” to be mere rhetoric. In fact, the communal consolidation of the Hindu vote in Uttar Pradesh in the wake of the Muzaffarnagar riots that just preceded the 2014 parliamentary elections was an important reason behind the BJP getting an absolute majority on its own in Parliament.

Some votes for the BJP among the minority community appear now to be a possibility, because something analogous to a “Stockholm Syndrome” (where a victim develops a soft spot for those responsible for his or her victimhood) may have developed among some of them, as is evident from the recent meeting with Mohan Bhagwat of a few prominent members of the minority community, arranged at their own request.