Samserganj records about 80 per cent polling 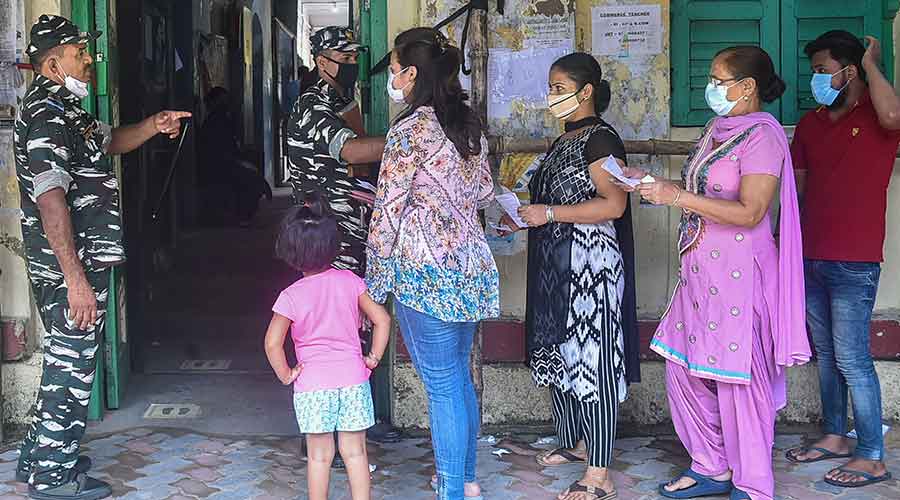 A high voting rate at 79.92 per cent and 77.63 per cent was recorded in Murshidabad's Samserganj and Jangipur seats respectively, where polls had to be countermanded during the April-May Assembly elections following the death of two candidates.

"In Bhowanipore, there was a turnout of 57.09 per cent. Samserganj registered maximum voting turnout during yesterday's polling," the official told PTI.

The voting, which was held from 7 am to 6 pm, was by and large peaceful, he added.

A total of 6,97,164 voters were eligible to exercise their franchise in the three constituencies.

Mamata, who is also the Trinamul Congress supremo, is pitted against BJP's Priyanka Tibrewal and CPI(M)'s Srijib Biswas in Bhowanipore.

The chief minister, who lost from the Nandigram constituency in the assembly elections held earlier this year, has to win this by-poll to retain the post.

Votes will be counted on October 3.