Assembly elections 2022: Scarred but ready to fight on 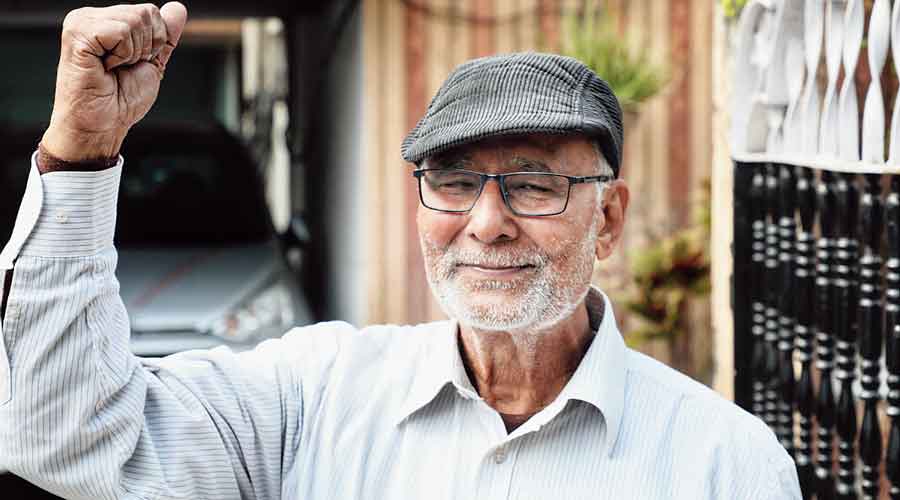 What happened to him: He was charged with “conspiring against the state” and put in Lucknow district jail during the anti-Citizenship Amendment Act protests. He was released on bail 17 days later, on January 7, 2020, after the police failed to produce any evidence against him.

The former IPS officer, a known BJP critic who has contested Lok Sabha elections as an Independent, continues to face the charge of conspiring against the state.

The government put up banners with his picture and those of other anti-CAA protesters at street intersections saying they must pay up for damaging public property during the protests. Allahabad High Court got the state administration to remove the banners.

Last month, the Supreme Court asked the Uttar Pradesh government to withdraw 236 notices issued to anti-CAA protesters for the recovery of compensation, and to refund the “crores of rupees” already collected from many protesters.

“Members of the RSS and the BJP committed the violence during the anti-CAA protests in Lucknow. A large number of them were brought to Hazratganj police station on the night of December 20, 2019, when I was held there. Later, they were allowed to go home and I was sent to jail the next day,” Darapuri said on Wednesday.

Why he was at the receiving end: “I think Adityanath was angry because my organisation, the Adivasi Vanvasi Sabha, works for the welfare of the Scheduled Tribes of Sonbhadra and Chandauli. As the tribal people have realised that the RSS works among them as an agent of the government, they refuse any help from the Sangh or the BJP," Darapuri said.

“Adityanath and the BJP were looking for an opportunity to intimidate me. However, arresting me didn’t solve their purpose as my will (to fight) is now stronger than ever.”

Darapuri added: “They picked me up from my home and said in the report that I had been arrested from a park. They didn’t record my statement, which is mandatory under the law. They didn’t torture me but pushed and shoved me.

They didn’t give me anything to wrap myself in during the cold December night.”

Reaction to poll result: “The BJP's victory means there will be no rule of law. Democracy will remain in danger and I shall keep fighting to protect the Constitution and safeguard the rights of the people, particularly the tribal communities whom the BJP government has pushed into the periphery,” Darapuri said on Thursday.

“It was just an election and people will retrospect over their decision. I hope things will change sooner than later.”

What happened to her: The former teacher was accused of violence during the anti-CAA protests in Lucknow and arrested on December 19, 2019. She was released on bail on January 7, 2020, because the police had no evidence against her.

The police had allegedly beaten her up, pulled her hair and called her a “Pakistani”. Her pictures too were put up on the roadside posters. It was in connection with her petition that the high court asked the state government to pull down the banners.

“The police tortured me in the lockup the whole night,” she said on Wednesday. “Although the high court and the Supreme Court dubbed the recovery order illegal, the police kept intimating me and my children through different means.”

Why she was at the receiving end: She had live-streamed the anti-CAA protests on Facebook.

Sadaf, who contested this Assembly election unsuccessfully from Lucknow Central as the Congress candidate, added: “Adityanath doesn’t respect the law or the Constitution; he doesn’t believe in democratic practices or court orders. Innocent people have not yet received back the (compensation) money they had deposited with the government for fear of being harassed.”

“I shall continue working for the people. My struggle is against those involved in anti-people activities and it will not stop until we get a positive result.”

What happened to her: A locally powerful politician, Kuldeep Singh Sengar, is serving a life sentence for raping her daughter in 2017 when he was BJP MLA from Bangarmau. Sengar is also serving a 10-year term along with brother Atul, two henchmen and two policemen for beating Asha’s husband to death.

In 2019, a truck had collided with a car, grievously injuring the rape survivor and her lawyer and killing two of her aunts, but Sengar and his brothers were acquitted of murder and conspiracy charges.

Asha contested this election unsuccessfully from Unnao as Congress candidate. While disclosing a person's name is prohibited in India if that might lead to the identification of a sexual assault victim, Asha’s candidature and campaign plank has left the issue of such confidentiality practically redundant.

Why she was at the receiving end: Asha and her daughter had attempted self-immolation outside the chief minister’s residence in Lucknow in April 2018, bringing attention to the charges against Sengar.

Asha later alleged that Adityanath and the BJP had stood by Sengar until the Supreme Court took cognisance of the matter and ordered a CBI probe.

“The police and the BJP goons in Unnao are still working for Sengar and intimidating us. They can be seen hanging around us without any reason and can still harm us any day,” Asha said on Wednesday.

“As I contested the Assembly polls as a Congress candidate, people in the government and the BJP are angrier with me. We are safe because the court is watching everything.”

Reaction to poll result: “The Congress fought very well but the people’s attention was distracted from the real issues. The Samajwadi Party didn’t contest the election honestly; it only tried to divide the anti-BJP voters,” Asha said on Thursday.

“People were angry with the BJP and expected a lot from the Samajwadis but Akhilesh Yadav didn’t come out with the expected force to expose the BJP during the campaign. This result will encourage the BJP's goons to continue their antisocial and anti-national activities.”

Dr Kafeel Khan, 47, who revealed government mismanagement behind baby deaths at a Gorakhpur hospital in 2017

What happened to him: The former nodal officer for the encephalitis ward at the BRD Medical College, Gorakhpur, was suspended and arrested with seven others after 30 children died because of an oxygen shortage between August 9 and August 11, 2017. Among those arrested were the principal and some other doctors at the college.

Dr Khan was granted bail in May 2018 but was booked again under the stringent National Security Act in September 2020 on the charge of delivering a hate speech while opposing the CAA at Aligarh Muslim University on December 12, 2019. He was sacked and put in prison again. The high court revoked the NSA charges in September 2020 and ordered his release. His case against his sacking is pending before the high court.

Why he was at the receiving end: “Adityanath believes that my revelation before the media about an oxygen shortage killing the children had tarnished his image. I have learnt that the BJP leadership was seriously thinking of replacing him with someone else after the revelations,” Dr Khan said on Wednesday.

“The fact is, I didn’t know any journalists. When the media came to me, I spoke the truth that oxygen supply had been stopped after the company’s dues remained unpaid. I know that the government is still keeping a close watch on me and looking for an opportunity to harass me. The courts are there to take to task anybody who wants to violate the Constitution and the law.”

He added: “Out of the eight (people suspended at the hospital), seven doctors and staff members have been reinstated. I was terminated because my name fits into the chief minister’s Hindutva agenda.”

Reaction to poll result: “I knew the BJP would win. I have met a lot of people. They don't need medicines when they are unwell; they need a temple to Lord Ram in Ayodhya. I have heard people say that the Congress had put Ram under a lock and the BJP had opened it. They don’t understand that a god cannot be locked by one and unlocked by another,” Dr Khan said on Thursday.

“This means the religious divide is very deep and it will take years before the people realise they need good health, good education and a good quality of life.”

What happened to Raman: He was mowed down with four farmers by a jeep belonging to Union minister Ajay Mishra Teni at Lakhimpur Kheri last year. The minister’s son Ashis, accused of being in the car at the time, is the prime accused in the murder case and is out on bail.

Pawan alleges the police didn't take the injured Raman to hospital in time to save him.

Why he was at the receiving end: Pawan alleges that the state police’s special investigation team (SIT) and the local police kept pressuring him to say that Raman had been lynched by angry farmers, but he resisted.

“I have submitted (video) evidence (to the SIT) showing that my brother was crushed under Teni’s jeep but I don’t know whether the SIT has included it in the probe report. I don't trust them,” Pawan said on Wednesday.

“There is still pressure on me to say what the police want to prove, but I’m ready to face any consequences. The Supreme Court is monitoring the case. We have appealed to the Supreme Court to review the probe regularly because Teni is very powerful.”

Reaction to poll result: “I don't believe the results. The people were very angry with the BJP and its defeat was inevitable. The BJP must have done something unfair to win the elections,” Pawan said on Thursday.

“They didn't have the support of the voters; I don’t know how they have won.”