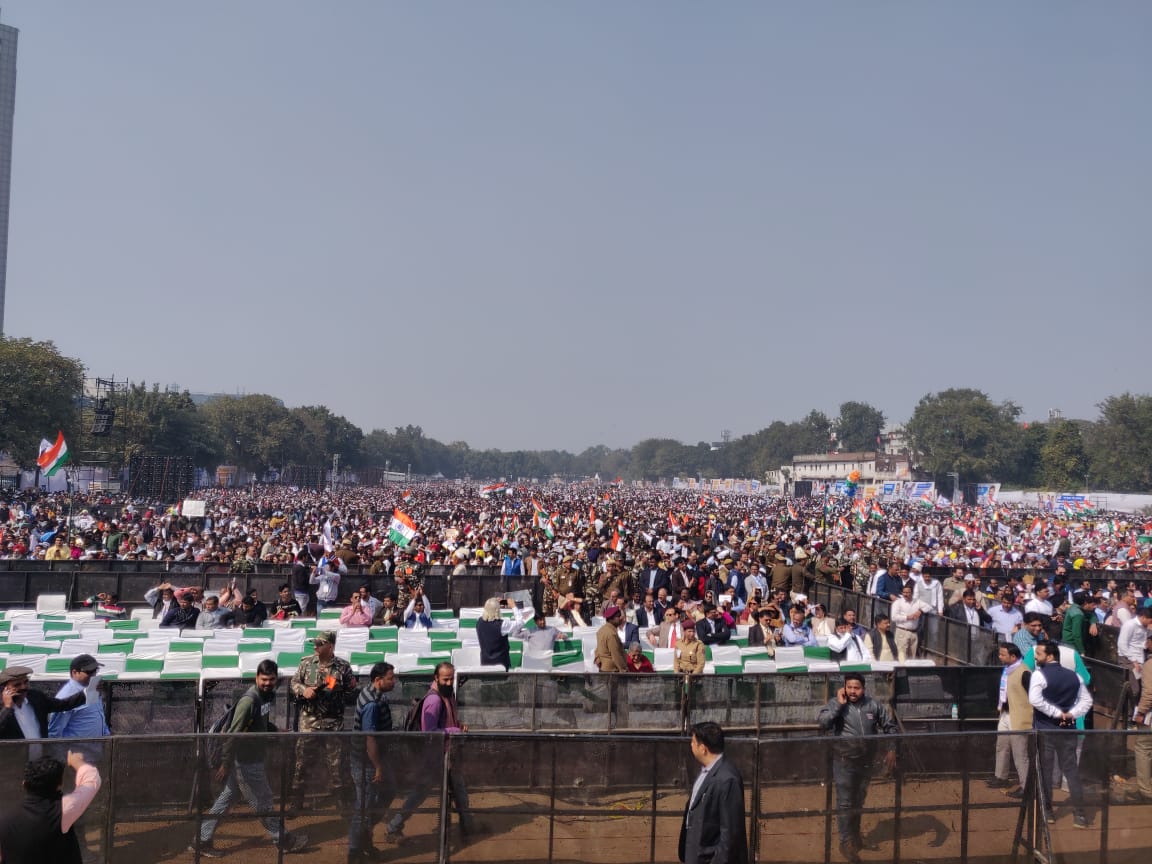 AAP national convener Arvind Kejriwal on Sunday took oath as the chief minister of Delhi for the third consecutive time at the city's Ramlila Maidan where a multi-level security arrangement has been put in place for the ceremony.

Taking to Twitter on Sunday morning, Kejriwal urged Delhiites to attend his oath-taking ceremony to bless 'their son'.

The Aam Aadmi Party swept the Delhi Assembly polls bagging 62 out 70 seats and decimating its rivals—BJP and Congress. The BJP bagged eight seats. The Congress could not open its account for the second time.

The Aam Aadmi Party has invited 50 people from different walks of life, who have contributed to Delhi's 'nirman', to share the stage with Kejriwal during his swearing-in ceremony.

According to the police, 2,000 to 3,000 personnel from the Delhi Police and paramilitary forces, including the CRPF, will be deployed as part of the security arrangements. Drones are likely to be used for surveillance.

The swearing in was postponed from February 14 (Friday) to Sunday to avoid possible criticism over celebrating the electoral victory on the first anniversary of the Pulwama terror attack in which 40 CRPF soldiers were killed.

The first two AAP governments had been sworn in on Valentine’s Day (February 14).

Prime Minister Narendra Modi was invited to the ceremony, besides BJP MPs and MLAs from Delhi. However, Modi could not attend the ceremony. The AAP had said no chief minister or political leader from other states will be part of the event as it will be a 'Delhi-specific' ceremony.

On Wednesday morning, chief minister-elect Arvind Kejriwal met lieutenant-governor Anil Baijal to discuss the formation of the government. Later, Kejriwal was unanimously elected the leader of the legislature party at a meeting of the MLA-elects at his residence on Flagstaff Road.

Traffic regulations have been put in place in the area adjoining Ramlila Maidan from 8am to 2pm.

As this is an event open for the public, 'We are expecting a good number of people to turn up' senior AAP leader Gopal Rai said.