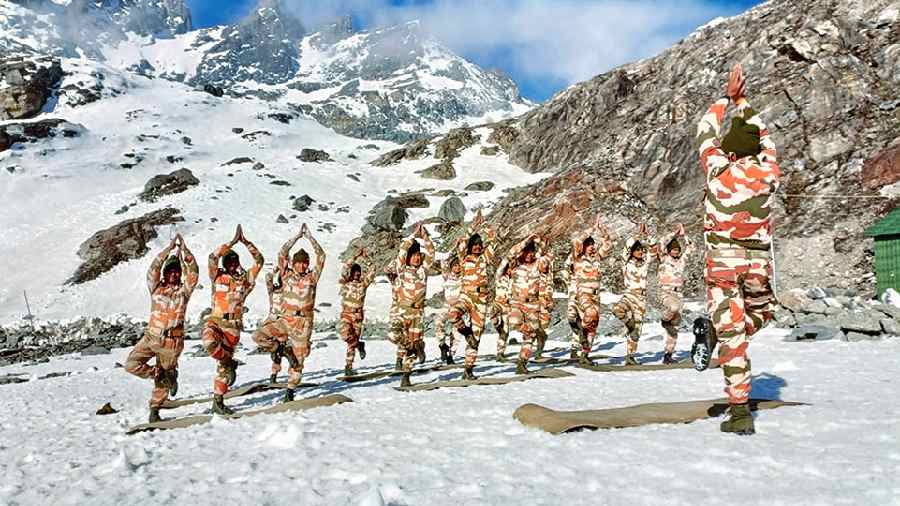 The army has iterated its longstanding demand for operational command of the Indo-Tibetan Border Police, which guards the 3,488km China frontier, sources in the security establishment said on Monday.

The development comes amid a two-year-old border standoff between India’s and China’s armies at multiple points in eastern Ladakh.

“During a recent security review meeting, the army repeated its demand for operational command of the ITBP, saying the paramilitary force lacks the capabilities to meet the challenges along the disputed Line of Actual Control,” a security official attached to the Union home ministry said.

The ITBP, which reports to the home ministry, is the first line of defence on the LAC; the army remains behind it.

Home ministry sources said North Block had objected to the army’s demand in the past, citing international conventions that mandate paramilitary forces to guard the borders while the armies remain behind them.

The ministry had underlined that even on the Chinese side, the paramilitary People’s Armed Police guards the border while the People’s Liberation Army is stationed behind it.

The ministry had also emphasised that the 90,000-strong ITBP was raised after the 1962 China war with the specific mandate of guarding the Chinese frontier.

The army had first proposed in 1986 that it should have operational control over the ITBP. The demand has become more insistent since 1999, when a Chinese intrusion at Chip Chap in Ladakh was reported while Indian troops were engaged in the Kargil conflict with Pakistan.

Since May 2020, the Chinese are said to have taken over close to 1,000sqkm of India-claimed territory in eastern Ladakh, altering the unmarked LAC at several places.

“Both the ITBP and the army have been put on alert,” a security official said.

“They have been asked to bolster their operational and infrastructure capabilities and fortify their positions at these sensitive zones to prevent any such Chinese intent.”

Troops posted in forward areas have been instructed to keep a close watch on Chinese movements close to the sensitive zones, the official added.