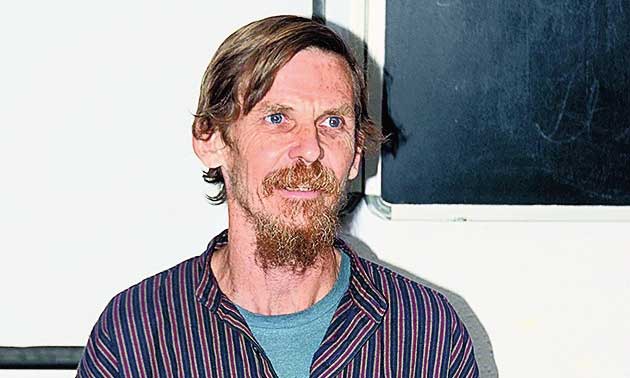 Economist Jean Dreze, who was detained along with two activists on Thursday in BJP-ruled Jharkhand for trying to address a meeting on food security, has explained the possible reasons behind the police action in an email interview with The Telegraph.

Q: Why do you think the awareness meeting on food security was stopped?

Dreze: There are at least three plausible guesses. One is that the local ration shop dealers didn’t want their corrupt practices to be exposed. Another is that some vested interests wanted to harass DEHAN, the group of youngsters who convened the meeting. A third is that the local administration tried to scuttle the meeting under political pressure.

Q: Who is afraid of such meetings, especially in a state where hunger and starvation have taken a high toll?

Dreze: As I said, the dealers may be worried about being exposed. There is a long history of their trying to undermine this sort of meeting. It is also possible that the Jharkhand government is afraid of public discussions on issues like starvation deaths in the run-up to the elections.

Q: Isn’t it ironic that the model code of conduct, a component of the celebration of democracy, is being cited to thwart a meeting on awareness about the right to food?

Dreze: Yes. The code of conduct is neither here nor there. It applies to political parties and their activities, not to ordinary citizens. The code does not affect people’s freedom of assembly and expression at election time. What does affect that freedom is the excessive use of Section 144. Nowhere does the code of conduct require Section 144 to be in force at election time. Arbitrary powers are being used to stifle fundamental democratic rights.

Q: You were released in two hours, probably because the detention kicked up dust. What if it was someone else lesser known?

Dreze: Absolutely right. If the sort of storm that broke out that day also happened when innocent adivasis are arrested on the pretext of being Maoists, thousands of them would not be languishing in jail in Jharkhand.

Q: Is the self-help group planning to seek fresh permission to hold the meeting (the police had said the meeting was unauthorised)? Will you address such a meeting if permission is given now?

Dreze: I cannot speak for DEHAN but I am sure that they will continue their courageous work. They and others have been facing this sort of intimidating tactics for years, it is nothing new.

Q: The Right to Food Campaign conducted independent enquiries into hunger deaths reported over the past two years. The Centre has also sought a report from the state government on these deaths. Any developments on this front?

Dreze: So far, the Jharkhand government has only taken cosmetic measures to prevent starvation deaths. For instance, dealers are supposed to maintain exemption registers for people who have problems of biometric identification but these exemption registers are nowhere to be seen. Hopefully, the forthcoming elections will bring more radical measures, such as universalisation of the public distribution system in rural areas, within the realm of possibility.

Dreze: Yes, people opposed this misconceived pilot from Day One. Alas, it took a whole year for it to be rolled back. Had the protests not been sustained, this model would have been extended to the whole state with disastrous consequences.

Space shrinks for Dreze in Jharkhand