Fourteen of the injured are critical 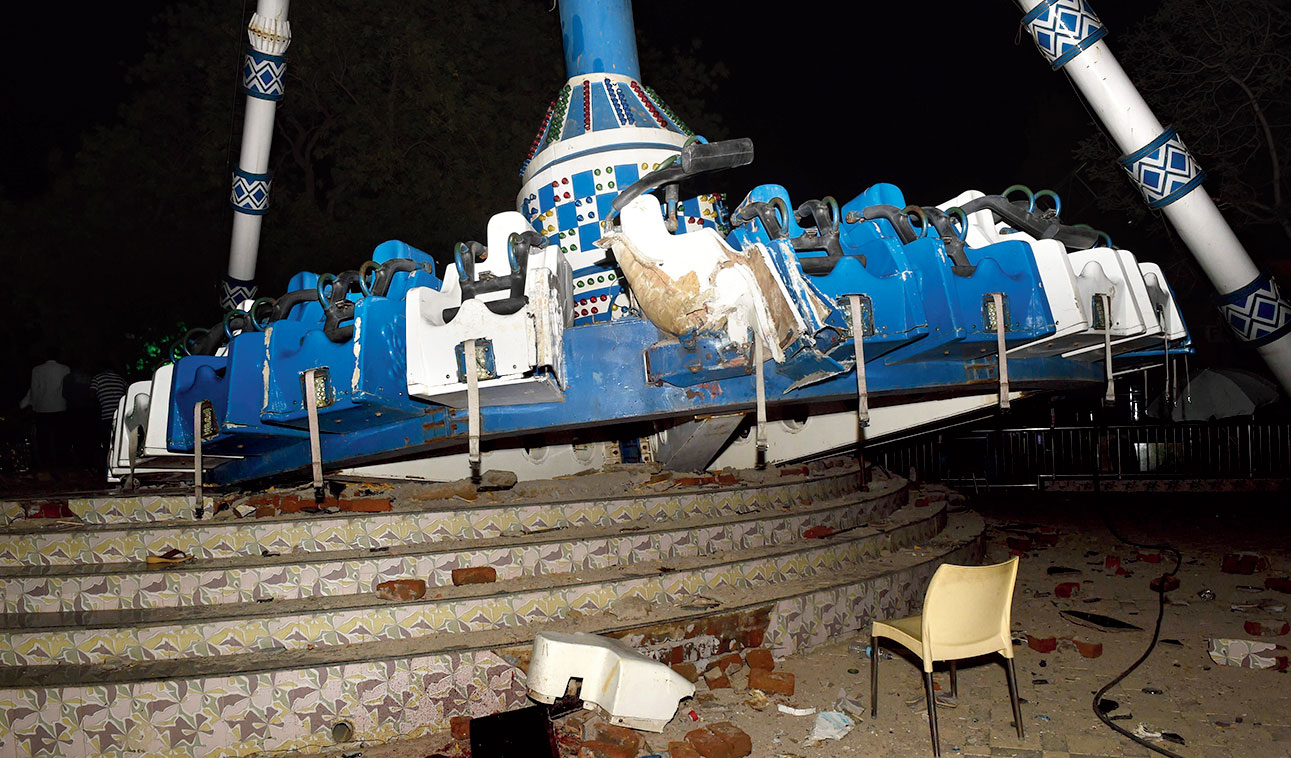 Two persons died and 27 were injured when an amusement ride collapsed in the city’s Kankaria Lake area on Sunday, officials said.

The mishap occurred in the evening when the pendulum ride malfunctioned and crashed to the ground.

“Twenty-nine people were brought to hospital, out of whom two died while twenty-seven are being treated,” Ahmedabad mayor Bijal Patel said.

Fourteen of the injured are critical.

The AMC had hired private contractors to operate rides in the area.

“I have ordered an FIR,” AMC commissioner Vijay Nehra said. “Why the ride malfunctioned, the mechanical reason behind it will be probed. Police and the FSL will investigate the matter and strong action will be taken.”

Those who died in Sunday’s accident have been identified as Manali Rajwadi, 24, and Mohammad Javed, 22, a police official said.