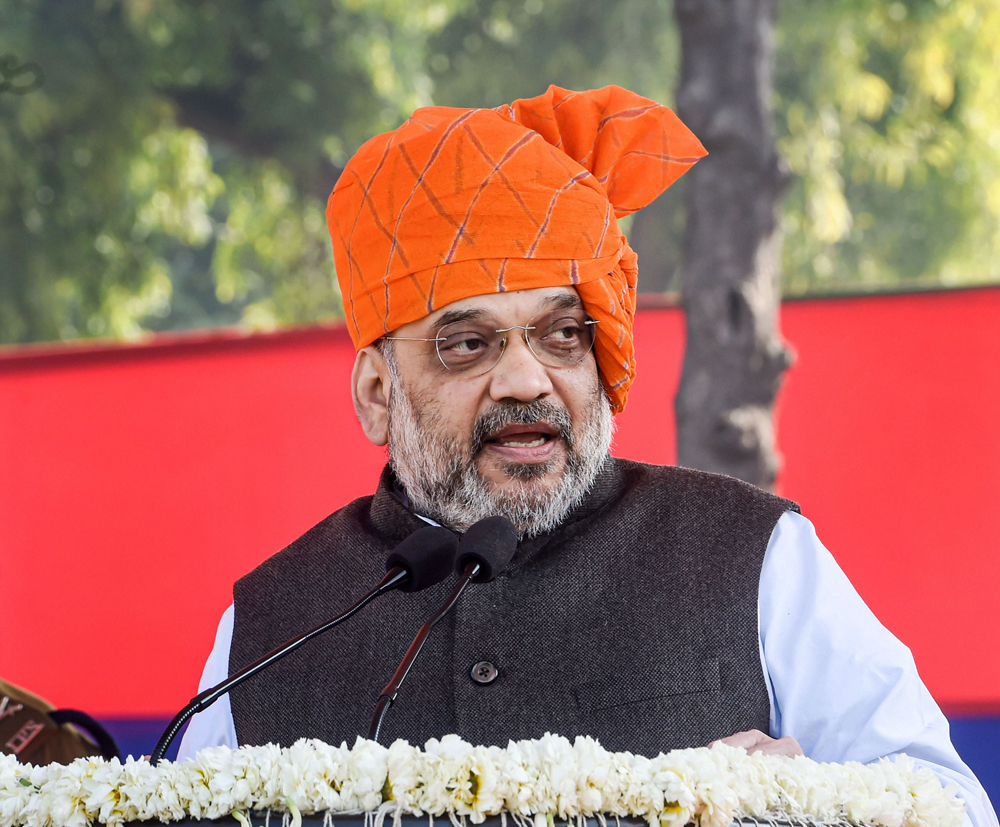 February 13, Thursday: Union home minister Amit Shah told a TV interviewer that if anyone (“koi bhi”) sought an appointment with his office, he would give it in three days so that “misconceptions” about the Citizenship (Amendment) Act could be removed.

February 14, Friday: Kannan Gopinathan, the IAS officer who quit the civil service after the unilateral changes were imposed in Jammu and Kashmir, said he contacted Shah’s office and wrote a mail to him on Friday seeking an appointment.

February 17, Monday: “The three-day deadline has passed but the minister is yet to respond to my mail,” Gopinathan told The Telegraph over the phone.

On Monday, this newspaper tried more than once to contact Union home ministry spokesperson Vasudha Gupta to ask about the fate of Gopinathan’s request for an appointment. The spokesperson neither answered the phone nor responded to a message on WhatsApp.

Gopinathan said: “This bluffing by him and his government has become a habit and he thinks he can get away with it. I contacted Shah’s office and wrote a mail to him on Friday (February 14) seeking an appointment to discuss the CAA, NRC and the NPR as the home minister had himself promised on a TV channel. The three-day deadline has passed but the minister is yet to respond to my mail.”

After getting no response from Shah’s office, Gopinathan tweeted on Monday: “Three days. No response. Shouldn’t have given any value to @AmitShah’s words. Had to call the bluff though. One cannot say anything on TV & get away with it when holding a responsible position. Don’t worry. I am not pursuing it further. But please take this as a lesson in democracy.”

At a question-and-answer session on Times Now on February 13, asked about an outreach to the anti-CAA protesters like those holding a vigil at Shaheen Bagh, Shah had said: “If anyone seeks an appointment with my office, I will give it in three days.”

Gopinathan said he had first called up Shah’s office a day after the minister’s offer. “His office asked me to send a mail seeking an appointment which I did immediately,” he said.

Gopinathan said he then emailed: “Dear Sir, With respect to your invite to discuss on CAA-NRC-NPR, I am seeking an appointment with you. Since I am not in Delhi at the moment, you may kindly give me a day between your reply to this email request and the time for appointment. Looking forward to meet you. Regards.”

This is why, Gopinathan said, he posted his communication on social media and put it on record for public consumption.

“I have gone through the CAA legislation in detail and honestly wanted to understand and clarify why it has been linked to exclude one religion. This was the objective behind seeking an appointment with him after his offer. The legislation is unconstitutional but he did not respond to my mail,” Gopinathan said.

“May be he has already made us understand about the legislation through his chronology and that’s why he does not want to clarify,” the former IAS officer added, referring to the “chronology” speech in which Shah had said the CAA would be followed by the National Register of Citizens across the country.