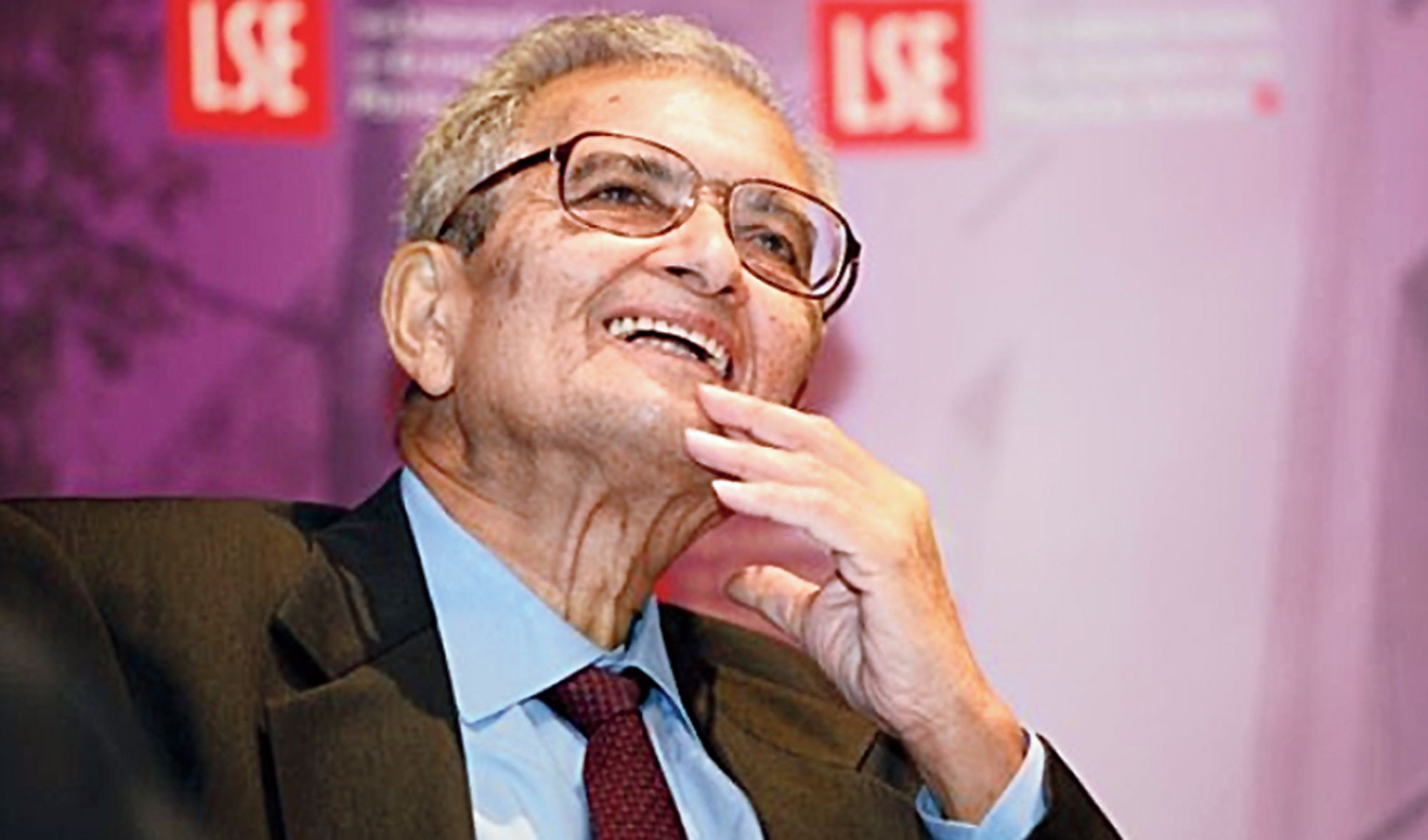 Amartya Sen, whose term as chancellor of Nalanda University was not renewed, is having a chair named after him at the London School of Economics.

The LSE will shortly start interviewing candidates for the newly created “Amartya Sen Chair in Inequality Studies” who will also serve as its director of the International Inequalities Institute (III).

“It’s a brilliant idea,” Mukulika Banerjee, director of the LSE’s South Asia Centre, who often has Sen on her panel discussions and who is herself currently in India gathering data on the elections, summed up for The Telegraph on Saturday. She said it was “a fitting recognition of the contribution that Sen’s writing has made to our understanding of inequality”.

Sen, currently the Thomas W Lamont University Professor and Professor of Economics and Philosophy at Harvard University, was professor of economics at the LSE from 1971-82.

The creation of the chair was announced last month by the LSE’s director, Minouche Shafik, who said in a statement that “in naming this chair after Amartya Sen, we recognise one of the world’s great thinkers on social equality”.

In setting out the requirements for the £87,919-plus per annum post, the LSE has said it is “seeking to recruit an outstanding scholar” for the chair which is expected to “become one of the most distinguished in the world”.

Women and members of the ethnic minorities are particularly encouraged to apply for the chair whose incumbent will “champion new developments in inequality studies with global relevance, and to influence debates and interventions in this crucial area”.

Last month, the LSE held one of its biannual Amartya Sen lectures, on this occasion to discuss how “an effective state promotes freedom and the well-being of its citizens”, with Sen himself present as a discussant and one of his former students, Prof. Sir Tim Besley, delivering the formal address.

Sen is invariably greeted in the manner of a rock star by LSE students, who applauded enthusiastically when the creation of the chair was revealed by the institution’s director, Shafik.

“The LSE has hosted the Amartya Sen lecture series for many years… but tonight is a very special night for another reason because tonight we are announcing the creation of a chair at the London School of Economics in honour of Amartya Sen,” began Shafik, who herself did her PhD at Oxford when Sen was a professor at the university.

The creation of the chair and the running of International Inequalities Institute had been made possible through “a £64 million, 20-year gift by the Atlantic Philanthropies, the school’s largest to date”, the LSE confirmed.

Shafik explained: “There are many reasons why this is a very fitting tribute.

“He has changed the field of economics in so many ways: our understanding of famines, social justice, economic theory, social choice, welfare economics, inequality and on and on and on…

“For us at the LSE the main reason is he was a professor here… and he has told me those years were some of the most productive in his professional life. He flourished in the intellectual environment of the LSE.”

Shafik said Sen’s “connection and relationship to the LSE has persevered. I am told that his wife often says that when Amartya has to go from A to B he always does it via the LSE. He has many friends, students and admirers in this place.

“And it is so appropriate that there will be a permanent chair at the LSE in his honour.”

She added: “For me it is personally moving because I was a PhD student in Oxford which was the last year he was teaching in Oxford. And we were all panicked that he was leaving. And I attended every single one of his lectures in Oxford before he left because I thought that was my last chance to hear from the great man — never imagining I would be here this evening.”

In response to one question, Sen made a reference to India’s general election, when he said: “Let me take the opportunity since I am at the LSE to the works of one of the great products of the LSE, namely Ambedkar, who was a great student here and who was one of the architects of the Indian Constitution.

“And he also reflected on many subjects including democracy and effectiveness of the state… and one of the things he discusses, shortly after the Constitution is made, is to say that we have to recognise the peculiarity and indeed the wonder of the fact that India has now accepted political equality at a level of everyone having the same vote… and yet tolerating enormous economic inequality and ask the question: how is this possible that in one sphere we have turned so much more egalitarian than in others?”