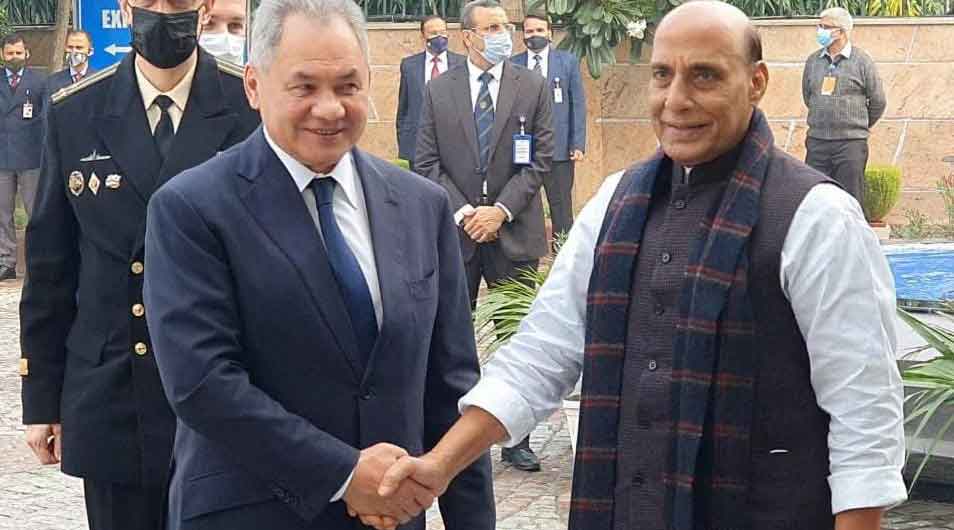 India and Russia have inked agreements for the procurement of nearly six lakh AK-203 assault rifles and also to extend military technology cooperation for the next decade from 2021 to 2031 as the two countries began their first 2+2 ministerial dialogue on Monday morning.

Another agreement for protocol on an amending agreement on cooperation in the field of Kalashnikov series small arms manufacturing was also signed. Defence minister Rajnath Singh met his Russian counterpart Sergey Shoigu and the two sides signed contracts for the manufacture of nearly six lakh AK-203 rifles under a joint venture in Amethi, Uttar Pradesh.

The deal is worth over Rs 5,000 crore and the project will be implemented by a special purpose joint venture called Indo-Russia Rifles Private Ltd.

The AK-203 assault rifles will replace the in-service INSAS rifles inducted more than three decades ago.

“India deeply appreciates Russia’s strong support for India. We hope that our cooperation will bring peace, prosperity and stability to the region. Glad that a number of agreements/contracts/protocols were signed pertaining to small arms and military cooperation.”

The defence minister Rajnath Singh said the emerging challenges India was confronted with and the enhanced requirement of India for closer military and military-technical cooperation with Russia were discussed during his meeting with the Russia defence minister earlier in the day.

Without naming China, he said; “The pandemic, the extra-ordinary militarisation and expansion of our armament in our neighbourhood and the completely unprovoked aggression in our northern border since early summer of 2020 have thrown up several challenges”.

India, he said, is confident of overcoming these challenges with its strong political and inherent capability of its people.

The Indian and Chinese armies have been locked in a border standoff in Ladakh since May last year where the People’s Liberation Army is estimated to have taken over nearly 1,000sqkm of India-claimed territory.

Rajnath Singh expressed hope that Russia will remain a major partner for India in these changing circumstances. “From ministry of defence we have urged for greater military-technical collaboration, advanced research, co-development and co-production of defence equipment leading to self-reliance of India,” the minister said.