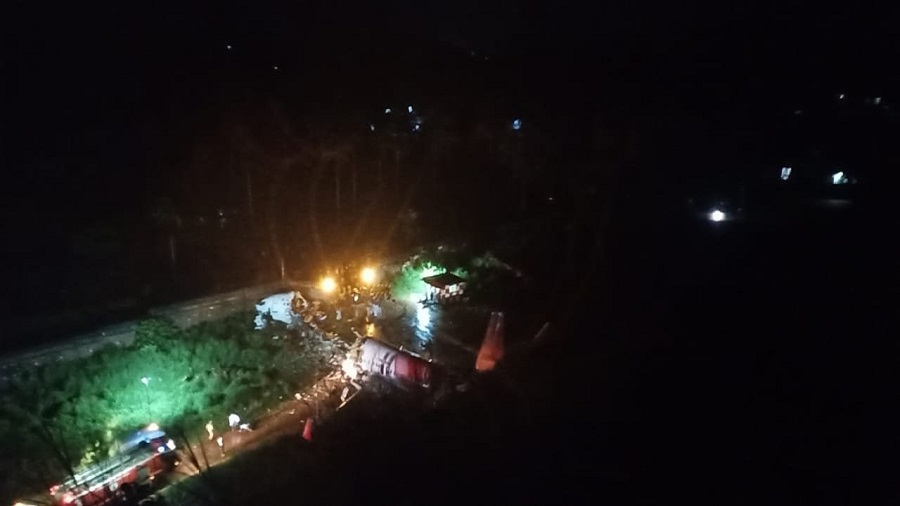 At least 16 people on board an Air India Express plane from Dubai were killed when the aircraft overshot the runway and fell into a valley while landing at Kozhikode in Kerala amid heavy rain, police said.

The two pilots of Flight IX 1344 were among the dead.

The flight, which was part of the Vande Bharat programme, had 174 passengers, 10 infants, two pilots and five cabin crew members on board.

After landing, the flight continued to move towards the end of the runway and fell into a valley and broke into two portions, a DGCA statement said.

According to flight-tracking website FlightRadar24, the aircraft circled the airport several times and made two attempts to land.

Prime Minister Narendra Modi said on Twitter that he was pained by the plane accident.

Pained by the plane accident in Kozhikode. My thoughts are with those who lost their loved ones. May the injured recover at the earliest. Spoke to Kerala CM @vijayanpinarayi Ji regarding the situation. Authorities are at the spot, providing all assistance to the affected.

Union home minister Amit Shah said he had instructed NDRF teams to reach the site of the accident and help in rescue operations.

Distressed to learn about the tragic accident of Air India Express aircraft in Kozhikode, Kerala.

Have instructed NDRF to reach the site at the earliest and assist with the rescue operations.

The Indian consulate in Dubai has activated four helpline numbers to provide information to the family members of the passengers on the flight.

The condition of a mother and child injured in the accident was very serious, state health minister K.K. Shailaja said. The injured have been taken to the local medical college.