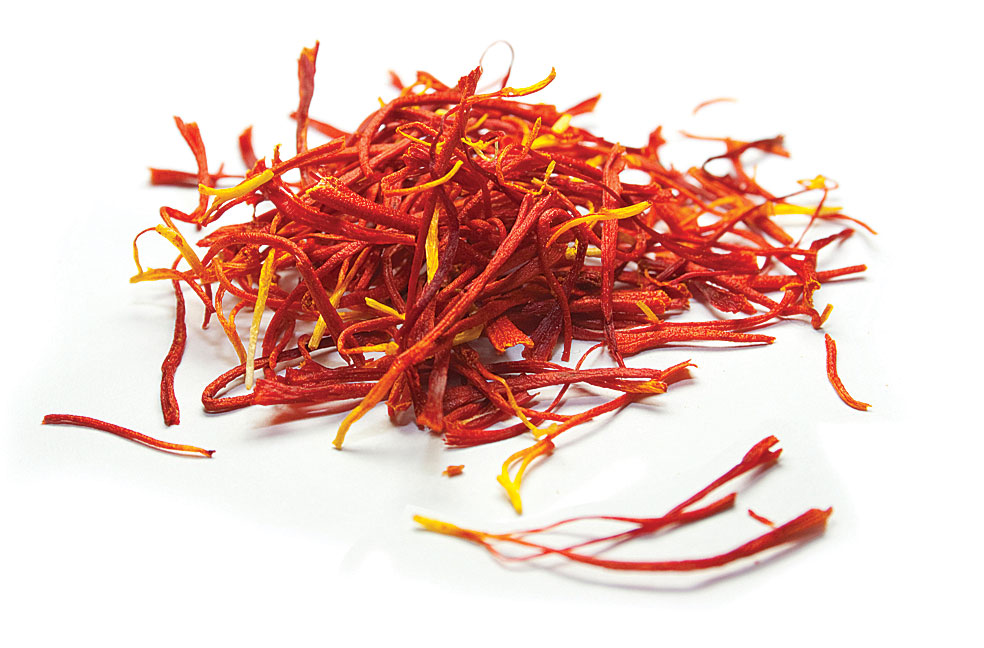 The study found that the other 16 (44 per cent) samples were adulterated with either irrelevant parts of the saffron plant itself or from parts of other plants such as cupgrass, white mulberry, wheat or pistachio.
(Agencies)
G.S. Mudur   |   New Delhi   |   Published 21.10.18, 10:18 PM

A limited but nationwide study has found that nearly half of samples of saffron, the most expensive among spices used in sweets and condiments, sold in India were adulterated and none met the top colour and aroma standards.

The study, supported by the Union food processing industries ministry, has revealed that none of 36 samples of saffron picked up from 17 locations across India met quality standards for grade I or grade II saffron.

Only 20 (about 56 per cent) of the 36 samples were genuine saffron but qualified as either grade III or grade IV varieties. Under guidelines set by the international standards-setting body ISO, grade I is the finest saffron, grade IV the poorest, the assessment based on the content of two key chemical constituents — safranal and crocin — that contribute to its colour and aroma.

The study found that the other 16 (44 per cent) samples were adulterated with either irrelevant parts of the saffron plant itself or from parts of other plants such as cupgrass, white mulberry, wheat or pistachio.

“This is evidence for intentional adulteration of saffron,” said Gulab Khedkar, professor of molecular biology and director at the Paul Hebert Centre for DNA Barcoding and Biodiversity Studies at the Dr Babasaheb Ambedkar Marathwada University, Aurangabad, who led the study.

Saffron comes from the crimson-coloured stigma of the saffron flower plant Crocus sativus. Spain and Iran are the world’s biggest producers of saffron. Greece, Italy, Turkey and India are among other saffron-producing countries.

Khedkar and his colleagues collected saffron samples from retail shops in Delhi, Hyderabad, Jodhpur, Mangalore, Kozhikode, Mumbai, Pampore, and Tirupati among the 17 sites and subjected them to microscopic examination, genetic studies, and spectroscopic studies for chemical analysis.

Khedkar said one sample appeared to contain plant fibres used in broomstick ends. The researchers say their findings, published in the journal Food Chemistry, suggest that inferior quality saffron is widely sold across India and underscore the need for strengthening saffron testing by food safety authorities.

Concerns about adulterated saffron have existed for over a century since food chemists in the US pointed out in a 1918 treatise that saffron fibres may be soaked in honey, vegetable oil, or glycerine to increase mass.

Two years ago, scientists in the Czech Republic and Spain had found that 26 among 44 samples of commercial saffron labelled as superior quality “Spanish saffron” were neither grown nor processed in Spain. Their findings, also published in Food Chemistry, relied on chemical fingerprints linked to the quality of saffron.

“It is likely that lower quality saffron purchased in other countries such as Morocco, Iran or India at a much lower price than in Spain is repackaged and sold as Spanish saffron,” said Josep Rubert, the researcher at the University of Chemistry and Technology in Prague.

Khedkar and his colleageus said only 20 of the 36 samples examined were true saffron containing stigma from the saffron flower plant. Four samples contained other parts of the saffron plant such as leaves or stem, making them indistinguishable from the stigma via standard genetic tests.

The researchers also found that original saffron samples from Kashmir showed features of grade III saffron. “There may be a need to improve the quality of saffron used in cultivation,” Khedkar said.