Ads published by AAP about development work in unauthorised colonies, where migrant workers live, have started appearing in newspapers 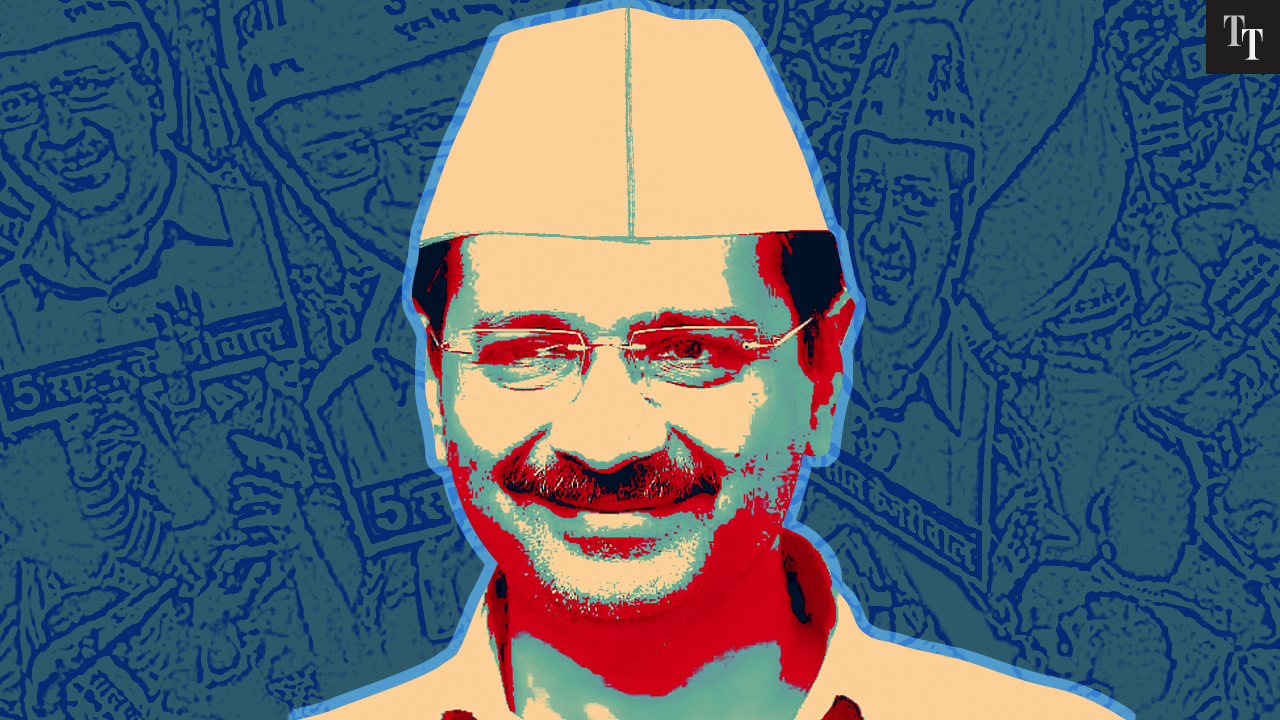 Delhi chief minister Arvind Kejriwal retweeted a video criticising Prime Minister Narendra Modi recently. The song in the video, a parody of a number from Dangal, mentioned that BJP workers beat up Purvanchalis in Delhi and Gujarat.

It also alleged that the BJP got names of Purvanchali voters deleted from voters' lists in South Delhi. The BJP has denied the allegation.

The estimated 40 lakh Purvanchalis, or people from the eastern parts such as Bihar and eastern Uttar Pradesh, make up a quarter of Delhi’s population. A large number of them are migrant workers in the capital. They are also AAP’s vote bank.

Since mid-January, AAP has intensified its campaign for the Lok Sabha elections, advertising about inaugurations or foundation ceremonies almost daily in newspapers. These ads are about development work in unauthorised colonies, where migrant workers live, new classrooms, ground reservoirs, flyover openings and job fairs.

According to some news reports, the Delhi budget, to be presented on February 22, is expected to have a package for Delhi’s unauthorised colonies. This could mean development of roads, sewage lines, sanitation and water supply.

On February 8, Kejriwal said work had started in all unauthorised colonies to lay streets, drains, sewers and water lines. In the past four years, he said, pipelines were installed in 400 colonies. He was speaking in Narela where he flagged off development work in 25 unauthorised colonies.

Regularising Delhi’s unauthorised colonies was among AAP’s poll promises in 2015. Four years on, the Delhi government hasn’t achieved much on that front. Like for several other projects, the party blamed the Centre for obstructing the regularisation.

Kejriwal alleged in Narela that the promises of installing CCTV cameras everywhere, opening more mohalla clinics and regularising colonies couldn’t be fulfilled because the Prime Minister sat on the files for three years.

Housing and urban affairs minister Hardeep Singh Puri, however, differed. He said the Delhi government sought a two-year extension to complete the work required to regularise the unauthorised colonies.

According to Centre for the Study of Developing Societies (CSDS), the voters from Bihar and eastern Uttar Pradesh can be a decisive force in at least 18 to 20 Delhi Assembly constituencies.

In AAP’s historic mandate in 2015 – when it won 67 of the 70 Assembly seats - the party’s 13 Purvanchali MLAs had registered big victories.

The BJP also tried to play the Purvanchali card. It made actor-turned-politician Manoj Tiwari the Delhi party president before the 2017 municipal elections. Almost 80 municipal wards are dominated by Purvanchali voters.

Last September, the BJP organised a gathering called the Purvanchal Mahakumbh at the Ramlila Maidan in Delhi. Party president Amit Shah came to the event and said it was high time that India’s eastern part sees some development.

But on October 31, when the BJP organised a Run for Unity, supporters of the party’s South Delhi MP Ramesh Bidhuri attacked one of their Purvanchal Morcha workers.

A similar incident allegedly happened on November 11 during Chhath Puja in the Deoli Assembly constituency. A Purvanchal wing office-bearer was beaten up by BJP workers.

It gave AAP the opportunity to say that the BJP is “anti-Purvanchal”.

“The message that has gone across is that BJP has an anti-Purvanchal mindset. The BJP that divides people on the lines of caste and religion before every election is now dividing people based on region,” said Raghav Chadha, AAP’s South Delhi Lok Sabha candidate. “As a member of the society, you want social and communal harmony. These are not opportunities that one looks for or cherishes.”

Chadha pointed out that AAP had organised a bike rally called the Uttar Bhartiya Swabhimaan Yatra to give a message that all migrants in Delhi – whether from UP, Bihar or Uttarakhand – are “equal participants in the growth and progress of Delhi”.

CSDS political analyst Sanjay Kumar, who has kept an eye on Delhi politics, said: “The whole narrative of Delhi’s politics, which used to be Jat versus Punjabi Khatri, has now changed because the Purvanchali vote is dominant.”

At Narela, Kejriwal also made it a point to bring up another matter – the alleged deletion of Purvanchali voters from lists in South Delhi – a point Kejriwal has mentioned in other events. “The BJP fears losing Delhi this time and that is why they got 30 lakh voters’ names deleted. You must have read that in Telangana, 22 lakh voters’ names were deleted by them. In Delhi, our investigation found that BJP workers executed it,” he said.

But the BJP’s Vijay Goel, in a letter to the Election Commission, hit back, saying that the revised voters’ list of 2019 released on January 18 shows that the number of voters has increased by 7.78 per cent. Kejriwal, he said, had misled people.