‘MEP trip will have long-term implications’ 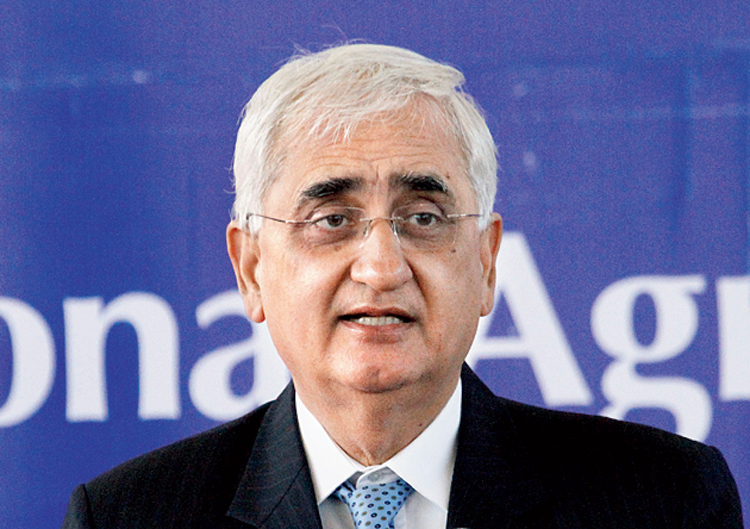 Former external affairs minister Salman Khurshid feels the Narendra Modi government has inflicted incalculable damage on the country by mishandling Jammu and Kashmir. The latest episode of a group of members of the European Parliament (MEPs) being sent to Srinagar was “stupid”, Khurshid, a Congress veteran, said in an interview with The Telegraph. Excerpts follow:

Q: How do you view the tour of the MEPs to Kashmir?

Khurshid: How do I explain the contradiction of describing Kashmir as an internal matter and then seeking external assessment of the situation at a time when our own parliamentarians are not allowed entry? Instead of handling the situation internally, why are we interested in certificates from outsiders? If these EU guys say the situation is normal, will India believe that? That was a stupid move.

Q: You have been the foreign minister of India and you have often said there is no dearth of talent in the foreign policy establishment. How did this disaster happen?

Khurshid: I say even now there are extremely talented people who fully understand what has been done to Kashmir, and what the implications are of facilitating this visit of parliamentarians from the European Union. But what if talented bureaucrats are made ministers? People should be given jobs according to their expertise.

Q: You are obviously referring to foreign minister S. Jaishankar whose talent is not disputable. The Prime Minister has chosen somebody who has the domain knowledge. Isn’t it a good idea to make a foreign secretary the foreign minister?

Khurshid: Of course not. As a minister, you have to do different things for different reasons. You have to push the political agenda. As an expert, as a professional, your job is different. A foreign secretary as foreign minister… is a wrong job. Talent as a domain expert may not be enough for a ministerial job. But it is their choice; nobody is made a minister by force. It is definitely a loss to the foreign policy establishment, but not necessarily a gain for the polity.

Q: Do you think the foreign policy establishment of the ministry of external affairs will be happy with this move of allowing this group to go to Kashmir at this critical juncture?

Khurshid: I can’t imagine them being happy. No, those who understand foreign affairs and India’s strategic interests will not be happy with this stupidity. But what can they do? Has the decision been taken by them? Did the ministry advise the Prime Minister to undertake this misadventure? I don’t think so.

Q: Who then is responsible?

Khurshid: Obviously the person who is running the country. Prime Minister Narendra Modi.

Q: Will this event have a long-term impact on India’s foreign policy?

Khurshid: It will have long-term implications. Once you open a window in diplomacy, it become very difficult to close it. Others will also want to come. If the government says Kashmir is our internal matter, they will refer to this visit. They will want to know ‘why we are not allowed’. What will we say? Will that have credibility now? We have deliberately weakened our position for no reason at all.

The BJP attacks the Congress for internationalising the issue and they have done exactly the same. The whole world is discussing Kashmir now. And what logic do they have for allowing foreigners and stopping Indian parliamentarians from visiting the state? What is the thinking of this government? I fail to understand.