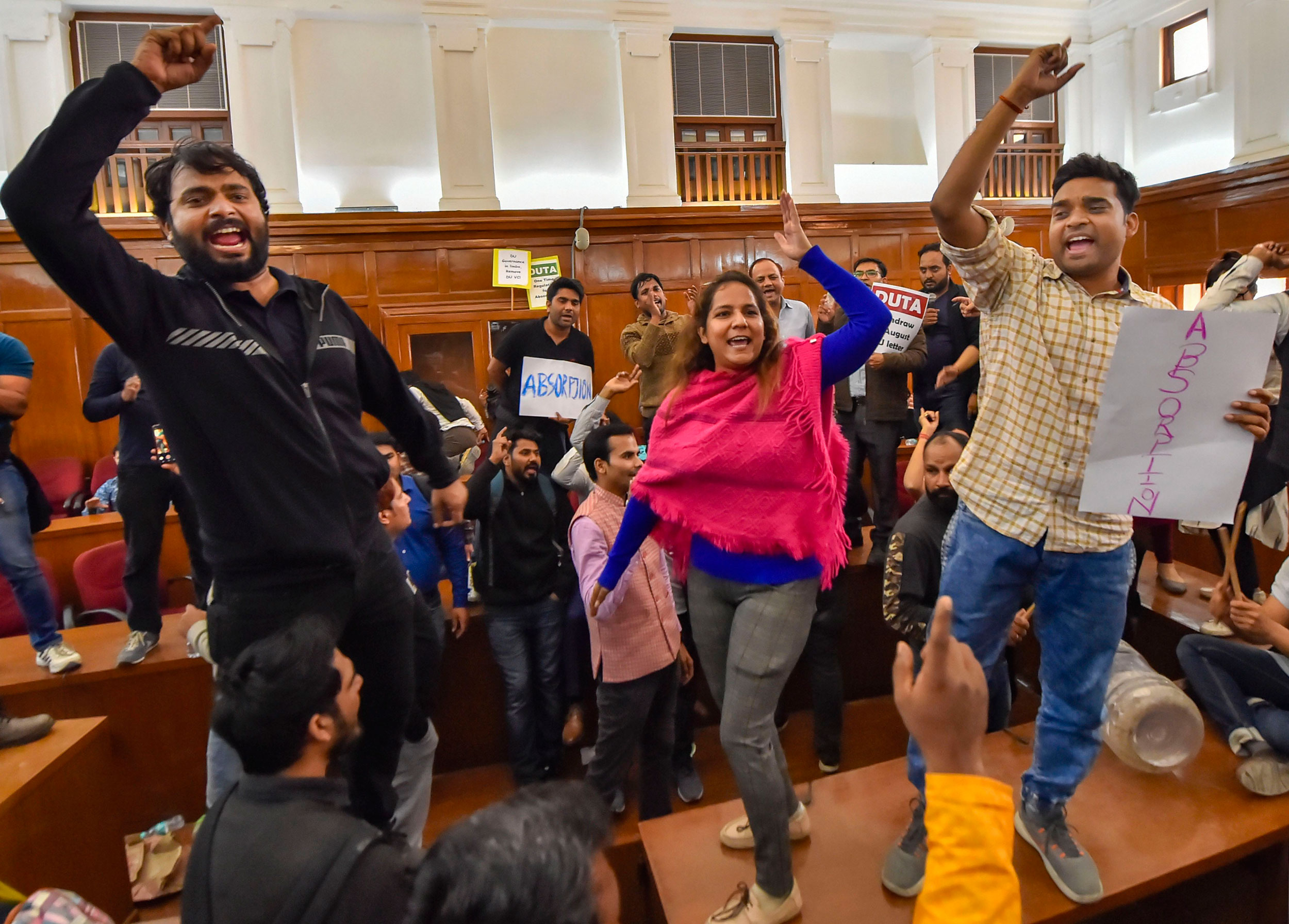 Nearly 5,000 Delhi University teachers on Wednesday laid siege to the office of the vice-chancellor to demand the withdrawal of a controversial letter that has cast a shadow on the careers of 4,500 ad-hoc teachers.

At JNU, protests continued over a hostel fee hike.

In the morning, the DU teachers gathered at the office of VC Yogesh Tyagi after boycotting examination duty. However, the VC was not in his chamber and stayed away through the day. Tyagi did not respond to phone calls from The Telegraph seeking a comment on the protest.

The exams were held as scheduled with the help of non-teaching staff of colleges. The agitation was continuing at the time of filing this report at night.

Abha Dev Habib, a former DU Executive Council member, said the teachers did not want to disrupt the exams but stayed away from duty to protest the “arbitrary” order of the administration.

The university in August wrote to the principals of affiliated colleges that they should manage with guest faculty till regular teachers were appointed.

“The teachers are determined not to leave the VC’s office till the order is withdrawn. There will be no talk till that time,” Habib said.

Sudhanshu Kumar, an assistant professor at Swami Sraddhanand College, said DU had issued the letter at the instance of the government and the University Grants Commission.

At JNU, the protests continued on Wednesday against the hostel fee hike.

The HRD ministry, which has formed a committee to resolve the five-week-long crisis, is yet to reveal the panel’s recommendations, more than a week after it was submitted.

Teachers held a token hunger strike in support of the agitating students.

The JNU teachers’ association said in a statement: “Today, two of the major universities in the capital are in a state of turmoil. This is symptomatic of the crisis facing Indian higher education where administrators and vice-chancellors have discarded all academic, social and human considerations in favour of a purely accounting approach towards the running of their institutions.”

“Even as all of this is unfolding, the ministry of HRD is shamefully abdicating its responsibilities and allowing VCs to get away with a complete dereliction of duty.”