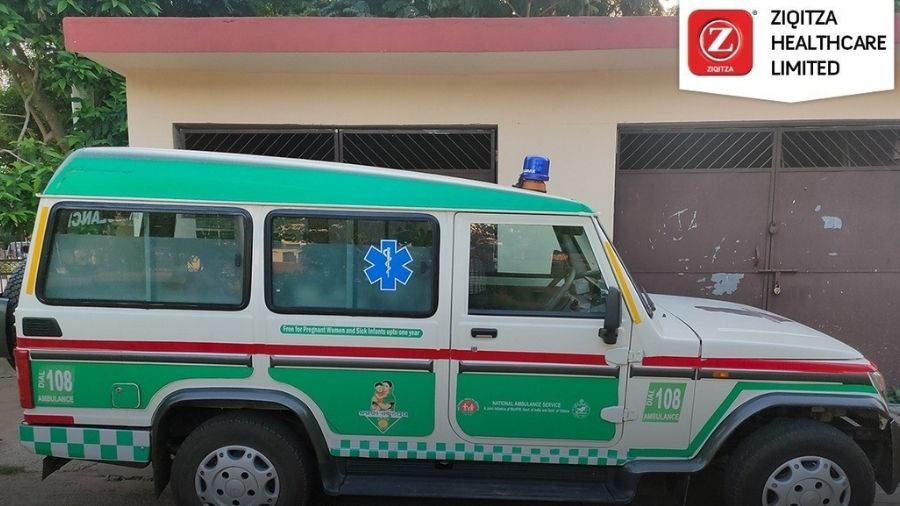 Till now, 102 ambulances were meant for transporting pregnant women and children up to 1 year to the nearest government hospitals while 108 ambulances are engaged in ferrying all other categories of patients.
Telegraph Picture
ABP Digital Brand Studio   |   Published 09.07.21, 06:04 PM

Ziqitza Healthcare Ltd (ZHL) operated, 108 ambulance service in the east part of the country like in Odisha, since its launch has served more than 40 lakh people of Odisha and the number is continuing. The emergency health service, connecting patients with health care institutions, had been successful to render its service in several urban, rural as well as inaccessible remote locations.

Through a track record of class-leading and sincerity in its work, Ziqitza Healthcare limited has often drawn many accolades from the public throughout the state. Our crew members' honesty and habit of serving people have earned trust for themselves among the public. Be it donating blood to a pregnant/patient, give back valuables belong to its owner, planting a tree or serving the public going out of the way, its crew member always sets an example for others. The goal has always been to save lives by providing a timely medical response to the patient in need.

In an effort to improve the emergency medical ambulance services which often come to light for bad reasons, the state government has integrated the 102 and 108 helpline services and brought it into one platform- 108.

Till now, 102 ambulances were meant for transporting pregnant women and children up to 1 year to the nearest government hospitals while 108 ambulances are engaged in ferrying all other categories of patients. As the 102 call centres have now become redundant with the merger of the two ambulance services, the process has already started to close down the centres, informed 108 ambulance project head, Sabyasachi Biswal.

He said the training will be imparted to ASHA workers across the State about the new service. It can be mentioned here that the 102 ambulances were being used to ferry pregnant women and children up to 1 year and 108 ambulances were launched in 2013 to shift other patients to hospitals. At present, 1124 ambulances are operating in the State while six boat ambulances are in service in remote areas.

Ziqitza Health Care Limited has been a pioneer in providing emergency medical and transport services in India since 2005. The concept behind its formation dictates that no person should ever lose their life due to delays in the arrival of emergency services. Ziqitza Rajasthan has also remarked this is a good step in direction of integrated service in the state to ensure people remember a single number to call for an ambulance in need of any medical help.

Ziqitza Health Care Limited (ZHL), has been one of the leading players in India’s Emergency Medical Services industry since 2005. ZHL Rajasthan appreciates Ziqitza for its ambulance Subscription services for corporates. Ziqitza is a “one-stop integrated healthcare solution” for the corporate or government that include Integrated Emergency Services and Corporate Health Solutions. The service network includes 3,300 ambulances, state of art Helpline centres and medical mobile units that services 2 customers every second in India. We work with multiple state governments and 75 corporate clients in India and Gulf. Ziqitza Limited is the winner of the Global Real impact Awards and Times Social Impact Award.