Why don’t we have vaccines against everything? Donald G. McNeil Jr looks for answers 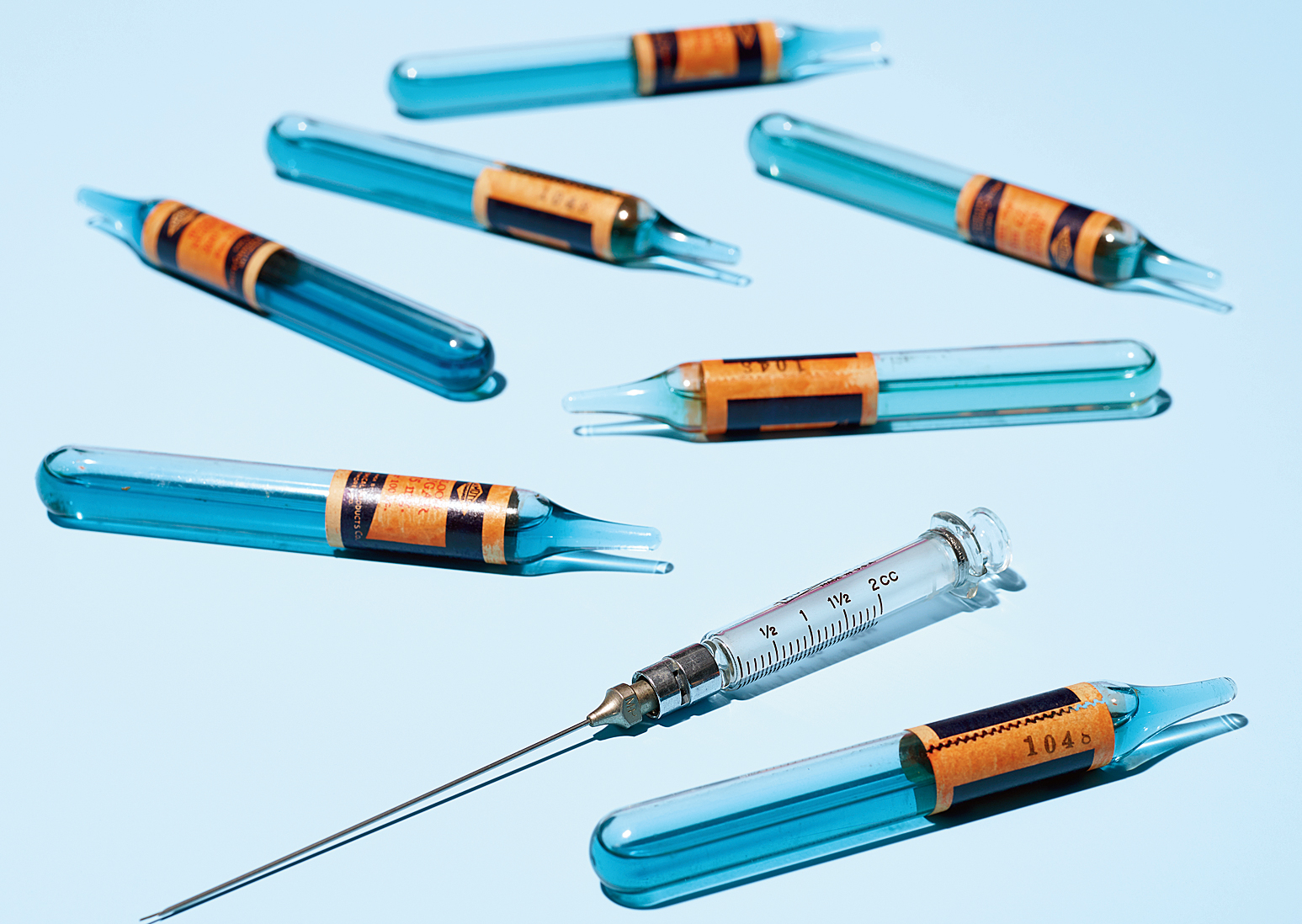 In tropical countries, there are vaccines against yellow fever, cholera, Japanese encephalitis, meningitis A, typhoid, dengue and rabies. But there is still — despite 30 years of effort — no AIDS vaccine.
iStock
New York Times News Service   |   Published 16.01.19, 08:22 AM

Vaccines are among the most ingenious of inventions, and among the most maddening. Some global killers like smallpox and polio have been totally or nearly eradicated by products made with methods dating back to Louis Pasteur. Others like malaria and HIV utterly frustrate scientists to this day, despite astonishing new weapons like gene-editing.

We have a vaccine for Ebola that protects nearly 100 per cent of its recipients, but we are lucky to get a routine flu shot that works half that well.

We have children’s vaccines against measles, mumps, rubella, diphtheria, whooping cough, tetanus, chickenpox, polio, hepatitis A and B, rotavirus, pneumococcus, haemophilus influenzae and meningococcal disease. They have changed our expectations of mortality — and of parenthood. In 17th-century England, one-third of all children died before age 15. Today, thanks largely to those vaccines, less than 1 per cent of English children do.

In tropical countries, there are vaccines against yellow fever, cholera, Japanese encephalitis, meningitis A, typhoid, dengue and rabies. But there is still — despite 30 years of effort — no AIDS vaccine. There is no universal flu vaccine. There are no vaccines with long-lasting protection against malaria or tuberculosis. None for parasites like Chagas, elephantiasis, hookworm or liver flukes. None for some viral threats that could become pandemic, like Nipah, Lassa and Middle East Respiratory Syndrome.

Vaccines are among the world’s greatest medical advances, like clean water, soap, bleach, sewage systems and antibiotics. In a rational world — one where budgets are built on lives saved per dollar — spending on vaccine research would rival that on defence research.

And progress would be as rapid. When Louis Pasteur was born, soldiers carried muskets. Now, a Taliban fighter can be killed by a drone flown from a base in Arizona, but vulnerable Americans still have to rely on a flu-shot technology invented in 1931: growing vaccine in chicken eggs.

And as with weaponry, fear changes everything. In epidemiologically quiet times, the anti-vaccine lobby sows doubts; when Ebola or pandemic flu strikes, Americans clamour for protection.

There are two obstacles to faster progress, said Dr Gregory A. Poland, director of the vaccine research group at the Mayo Clinic. “One is scientific, and one is embarrassing,” he said.

The embarrassing part is the lack of investment. It takes 10 years and more than $1 billion (about Rs 7105 crore) to develop a vaccine — a fortune for a medical advance but a pittance for a weapons system. While defence research is driven by one mega-customer, the Pentagon, vaccine researchers face a confusing hodgepodge of potential backers.

Private industry largely pursues high-priced vaccines for American children, militaries and adventure tourists. Potential bioweapons like anthrax, plague and rabbit fever attract bioterrorism funds. But vaccines meant to protect only poor people in faraway countries usually must wait for donor governments and philanthropies like the Bill and Melinda Gates Foundation and the Wellcome Trust, even though we know these plagues cross borders.

The scientific obstacles, though more intractable, are relatively rare. Most vaccines work by creating antibodies — Y-shaped proteins — that block the disease agent’s own proteins. While viruses have only a handful of target proteins, bacteria have up to 6,000 and parasites even more, noted Dr. Paul A. Offit, director of vaccine education at the Children’s Hospital of Philadelphia.

And even some smallish viruses, including HIV, flu and hepatitis C, mutate so rapidly that their surfaces change shape before antibodies can lock onto them.

As a rule, if a disease normally leaves even a few survivors who are completely disease-free and immune for life, a vaccine against that disease is possible. “Natural infection is the mother of all vaccines,” said Dr Anthony S. Fauci, director of the National Institute of Allergy and Infectious Diseases. Smallpox meets the criteria; HIV, malaria and tuberculosis do not. HIV mutates as fast in one day as flu does in a year; it also survives by splicing its DNA into the very immune cells that hunt it. TB bacteria can survive even when “walled in” by white blood cells. And malaria, a shape-shifting parasite, never triggers lifetime immunity. Other diseases are complex, with many subtypes.

Nonetheless, many diseases now rampaging at large are relatively easy targets, according to interviews with half a dozen experts. They could be beaten with vaccines if the world committed more money.

Recent advances in a new tuberculosis vaccine and a new use for an old one have encouraged experts.

“If you’d asked me 18 months ago whether a TB vaccine was possible, I’d have said no,” said Dr Penny Heaton, chief executive officer of the new Bill and Melinda Gates Medical Research Institute. “But I think the field is now very promising.”

A Lyme vaccine was licensed in 1998 but withdrawn four years later. Now, with Lyme infecting an estimated 3,00,000 Americans a year, an improved vaccine is in the works.

Dr Peter J. Hotez, director of the Texas Children’s Hospital Center for Vaccine Development, has vaccines against hookworm and schistosomiasis, a waterborne liver fluke, in clinical trials and is working on eight others. Some candidate vaccines rely on startling mechanisms for defeating the parasites — including injecting humans with a gene that produces an antibody that destroys a worm’s gut when it sucks blood.

But, like all the other projects in the works, that one needs more money — and not just from the usual suspects (the US, Britain and the Gates Foundation). “In this multitrillion-dollar economy,” Hotez said, “it’s a little discouraging that we can’t raise the funding.”