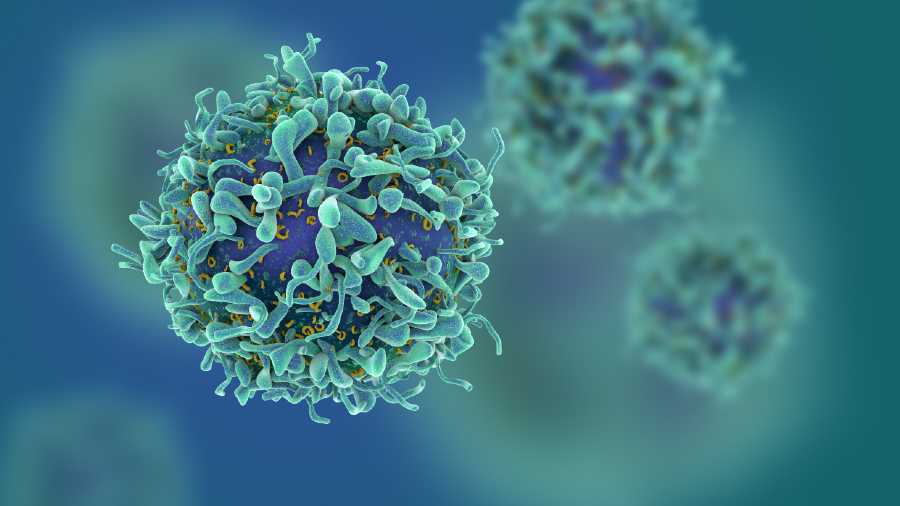 A group of 12 rectal cancer patients showed no signs of a tumour after taking an antibody drug for six months, according to a surprise finding from an ongoing medical trial in the US that experts termed optimistic.

Besides their tumours disappearing completely, none of the participants reported any severe side-effects either, says the research paper published in the New England Journal of Medicine recently.

The patients underwent a series of medical exams -- physical, endoscopy, bioscopy, PET scans and MRI scans -- and none of the reports showed a tumour.

All 12 patients had a clinical complete response, with no evidence of tumour on magnetic resonance imaging, the authors of the study said.

Longer follow-up is needed to assess the duration of response, they added.

The researchers set out to find whether dostarlimab, an antibody drug, followed by standard chemoradiotherapy and standard surgery is an effective treatment for advanced deficient MisMatch Repair' (dMMR) solid tumours.

MisMatch repair (MMR) deficient cells usually have many DNA mutations that lead to cancer. MMR deficiency is most common in colorectal cancer, other types of gastrointestinal cancer, and endometrial cancer, the Journal said.

Participants of the trial conducted at the Memorial Sloan Kettering Cancer Center in New York with mismatch repair-deficient stage II or III rectal adenocarcinoma were given the drug every three weeks for six months.

Adenocarcinoma is a type of cancer that develops in the glands that line our organs.

According to the initial plan, the treatment was to be followed by standard chemotherapy and surgery, and patients who had a clinical complete response would proceed without both.

After at least six months of follow-up, all 12 patients showed a clinical complete response with no signs of the tumour.

These results are cause for great optimism yet these are early days for the trial as well as for the patients who wish to embark on this treatment. This approach cannot supplant current curative multimodality treatment approach, said Dr. Nikhil S Ghadyalpatil, senior consultant, medical oncologist and hemato-oncologist at Hyderabad's Yashoda Hospitals.

Clinical complete response as an end point used in this study is an imperfect surrogate for long term cure and hence should be interpreted cautiously. We need larger placebo controlled studies with longer follow up in this setting to confidently consider using this approach in routine practice, Ghadyalpatil told PTI.

The treatment, the oncologist said, surely provides an early glimpse of a revolutionary approach in rectal cancer patients and authors of this study should be congratulated for this effort.

There have been no similar trials in India so far, he added.

Another similar international study with the drug pembrolizumab showed only 70 per cent patients had long term response at three years unlike 100 per cent response in the current study, he added.

Ghadyalpatil said pembrolizumab is available in India but dostarlimab used in the current study is not.

The cost of dostarlimab is not known in India but is expected to be a couple of lakhs per dose, he added.

Commenting on the trial, Dr. Hannah K. Sanoff of the North Carolina Cancer Hospital, said the results are optimistic but the treatment procedure used in the study cannot replace the current curative treatment approach.

Whether the results of this small study will be generalisable to a broader population of patients with rectal cancer is also not known, Sanoff said in the editorial printed in the New England Journal of Medicine.

She added that in order to provide further information on patients who might benefit from immunotherapy, subsequent trials should aim for heterogeneity in age, coexisting conditions, and tumour bulk .

The medical trial was supported by the Simon and Eve Colin Foundation, GlaxoSmithKline, Stand Up to Cancer, Swim Across America, and the National Cancer Institute of the National Institutes of Health.