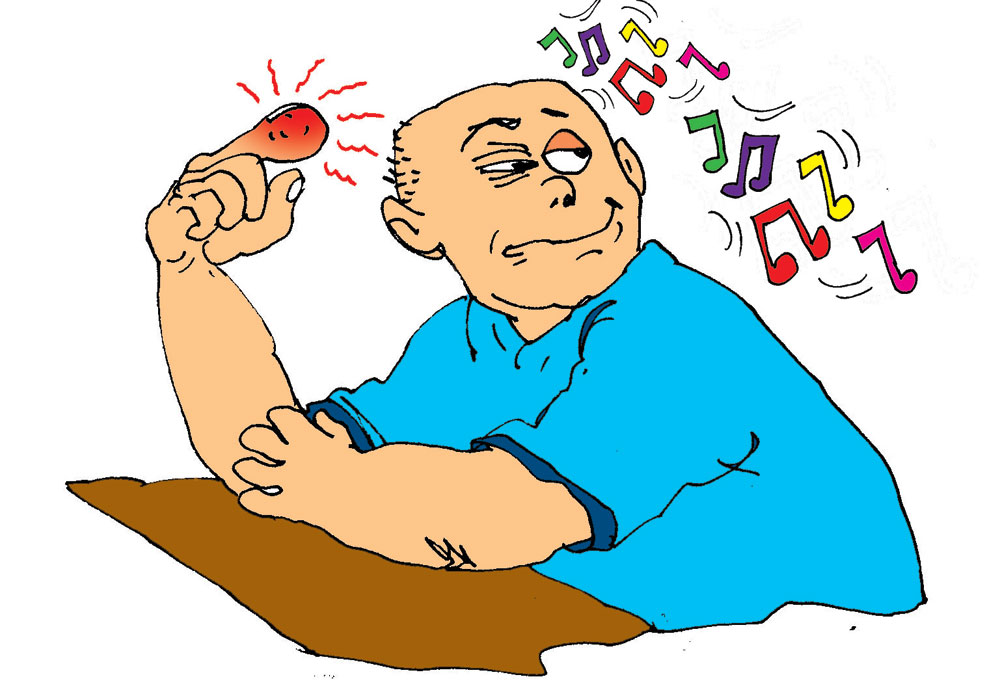 It is possible to control some subconscious brain functions, such as the perception of pain, by tricking the neurons
Illustration: Suman Chowdhury
Dr Gita Mathai   |   Published 04.12.18, 05:08 PM

There is a myth that we use only 10 per cent of our brain, but actually we use most of our brain almost all the time. It functions tirelessly, 24 hours a day, whether we are awake or asleep. It performs complicated sequential actions, some physical (those performed by an expert juggler), some mental (complex mathematics) and coordinates thinking and movement. All activities, conscious and subconscious, performed by humans are under the centralised control of the brain.

With advancing age, brain cells die, leading to loss of function, physical prowess and memory. The good news is that neurogenesis — the formation of new neurons — also occurs. It occurs naturally rapidly in children but reduces in adult life.

It really slows down in older people unless active efforts are made to form and maintain new connections. This can be done by learning new skills — such as dancing, a different language or a musical instrument.

Adults tend to accelerate the rate of destruction of brain cells with inappropriate lifestyle habits such as smoking, uncontrolled diabetes or hypertension, or working with volatile aromatic compounds such as glue. Of all the lifestyle poisons, controlled alcohol consumption — not more than one “small” drink a day for women and two for men — is the least harmful.

Incidentally, it is possible to control some subconscious brain functions, such as the perception of pain, by tricking the neurons. All of us feel pain at some point of time. If it is an episode of acute pain, it can be tackled with medication but chronic pain is a different story. Arthritis and other painful diseases can take over our lives, preventing efficient functioning. Although pain arises in specific areas of the body, it is processed and felt in the brain. And it is possible to trick the brain into thinking that the pain has disappeared or lessened. Here’s how:

Apply ice for 5-10 minutes to the area of pain. Then rhythmically tap a part of the body that is on the side opposite or away from the area of the pain. The conflicting signals confuse the brain and there is an “override”. The pain reduces in intensity. The dose of painkillers can also gradually be reduced.

Listening to music lessens the perception of pain as the auditory sensory signals override that generated by the pain. Meditation and repeating mantras also helps.

People sometimes have an uncontrollable itch in a part of the body. If there is no discolouration or swelling, it may be a kind of neurogenic itch . That too responds to ice packs, followed by rubbing the opposite side of the body. This manoeuvre is even more efficient if it is done seated in front of a mirror.

Insomnia — the inability to fall asleep and stay asleep — is the plague of the 21st century. It aggravates a plethora of diseases, such as diabetes and hypertension, and contributes to weight gain. In addition to exercising in the evening (only until 7pm), going to bed at the same time every day in a darkened room with no plugged-in electronic devices and drinking a glass of warm milk before bed, you could try the 4-7-8 method.

Place the tip of the tongue behind the two front teeth, exhale completely through the mouth while making a sound for a count of eight. Inhale through the nose for a count of four and then hold your breath for a count of seven.Repeat three times. This works miracles, without the aid of addictive sleeping medication. Sweet dreams!

The writer is a paediatrician with a family practice at Vellore and author of Staying Healthy in Modern India.

If you have any questions on health issues please write to yourhealthgm@yahoo.co.in

Get your health queries answered