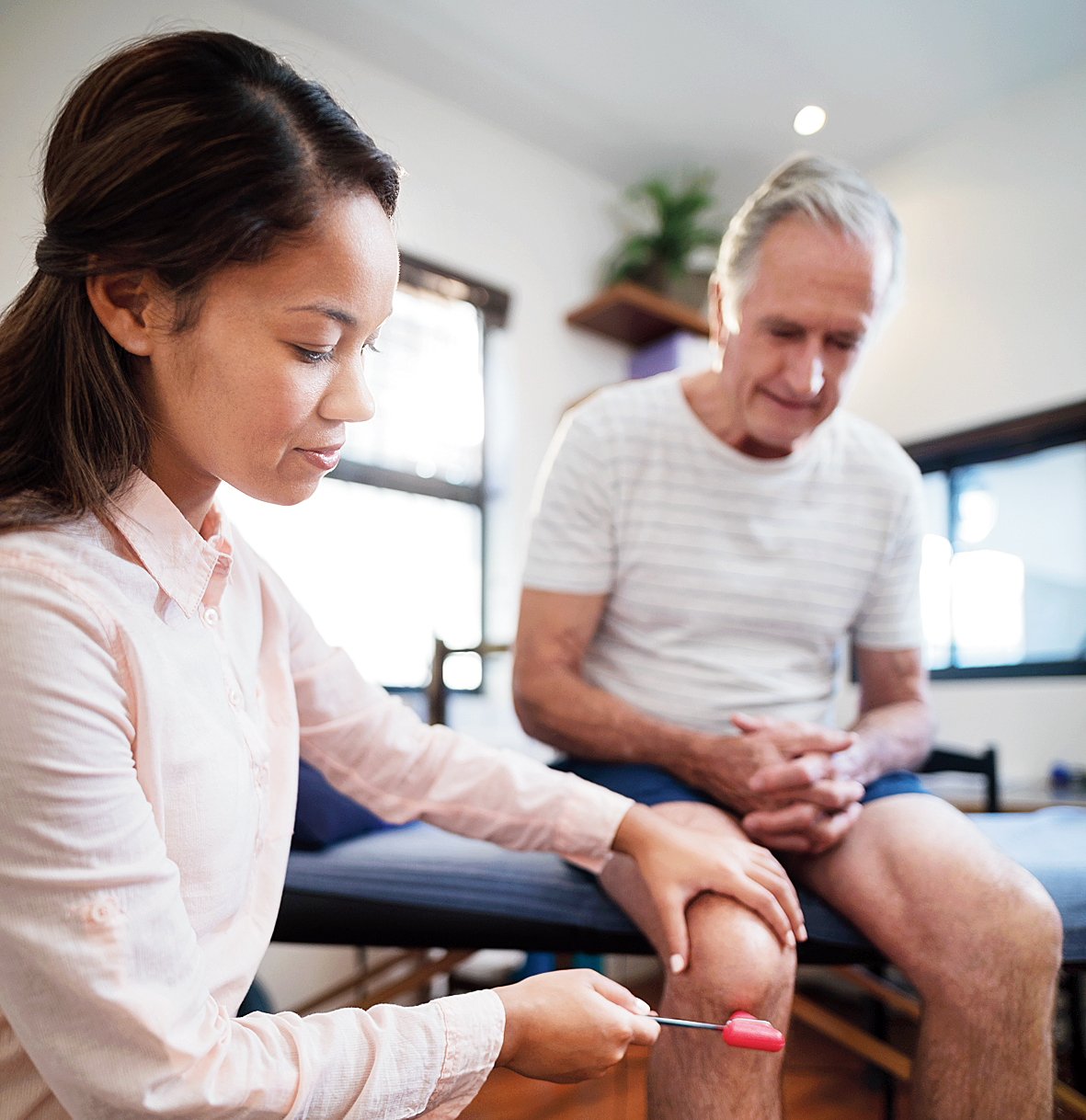 Like clouds with their proverbial silver living, strokes too come with a golden period. Timely medical intervention and therapy can contain the damage caused by a stroke. And that stretch of time is called the golden period after a stroke. “A doctor saves a patient’s life, our job is to improve his quality of life. Improve and approximate his pre-stroke life as much as possible,” says Somenath Mukherjee, a Calcutta-based senior speech and swallow therapist.

“In the old days, cerebral stroke was referred to as sanyas rog,” says Kamal Shah. The coinage contained a sense of resignation. “The thinking was, a stroke patient has no hope of returning to normal life.”

Shah is a senior physiotherapist with a reputation for working wonders. He talks about how stroke was believed to be caused by an evil eye or black magic. That has thankfully changed. We now know that a stroke is caused when an artery in the brain gets torn causing haemorrhage or when there is a blood clot in the brain obstructing blood flow to the cells that lie beyond. Says Shah, “After a few minutes cells start dying. They die in hordes.” When the pyramidal tracts (neurons) that control movement die, mobility is affected.

Shah explains, “Cell death is irreversible. While medical care is indispensable for survival and to minimise or reverse damage to an extent, physiotherapy stimulates the living tissues to take over the work of dead ones.”

According to him, the golden period begins as early as day zero. “The first three months could be regarded golden. The next three, silver. Anything after that is too late,” says Shah.

But what kind of physiotherapy can start from Day 1? Shah enumerates: “It would include proper positioning of the patient so s/he doesn’t develop bed sores; protective measures so that hospital staff don’t damage joints, primarily shoulder joints, while handling the patient; maintenance of joint range and muscle length.” He likens the effort to something akin to starting a car.

A physiotherapist facilitates normal tone, normal movement and normal functions. A lot of people though end up engaging quacks.

Shah says it is possible to spot a quack. “They tend to do different things every day; a trained therapist will be consistent in his approach,” he says. “Neuroplasticity is the ability of the brain to learn and relearn skills even when some assault has happened on it. When you are repeating a correct movement, you are helping the brain relearn the right things.”

Prognosis depends on the kind of stroke, extent of stroke, which areas of the brain are involved, how early medical intervention took place, underlying diseases and support systems. Shah explains that physiotherapy works optimally when there is wholehearted support from the family.

He talks about a patient, an engineer in his early forties. He went for a meeting to Bangkok and suffered a massive stroke. He was admitted to a hospital there. The neurosurgeon operated on his skull, cut part of the skull bone, kept it in his belly to keep the bone alive, removed part of the dead brain tissues. Next, he was moved to a hospital in Chennai. When he arrived in Calcutta, a month and a fortnight had passed since his stroke.

Says Shah, “I was reluctant to take up the case initially.” It seems, after two and a half months of hard work, the patient started getting movements back. At the end of four months he could walk independently, could use his hands. At the end of six months he resumed work.

A stroke also leaves in its wake speech and swallowing issues. “If the left hemisphere has been impacted, speech will be affected. There could be syntactic or semantic issues (aphasia); problem in swallowing (dysphagia); and slurred speech (dysarthria),” says Mukherjee who is also founder of Speech Plus, an organisation consisting of practicing speech-language pathologists and audiologists.

Post stroke there might be a language shift. “We try and bring back the first language,” says Mukherjee.

As we understand, the impairment can be mild, moderate or severe. But whatever the case, treatment has to start from day zero. Mukherjee talks impassionedly about how it is imperative to do a need analysis for the patient before therapy. Take cognisance of where s/he is coming from — professional, educational and social background — and basis these, draw up short-term goals. He cites the case of a patient, who was a Maths teacher. “His first question was ‘Can I do calculations?’” Mukherjee points out, “Illiterate people improve slowly as their brains are less adaptive. A literate person’s adaptive skill is better.”

For those who shun therapy for fear of expenses, both Shah and Mukherjee are emphatic that should the patient’s family be transparent about financial constraints, therapists are happy to train them to administer therapy. Thereafter, the trained therapist can be consulted for assessment.

But the most heartening thing for patients and their kin is that unlike most doctors who are often tight-lipped, spewing medicalese, business-like of manner, therapists are few but not wanting in compassion. Therapists hold out hope, alleviate the grey that descends on a family post illness and above all, engage.