Menstruation is under complex hormonal control — with messages released from the pituitary, thyroid, adrenal glands and ovaries 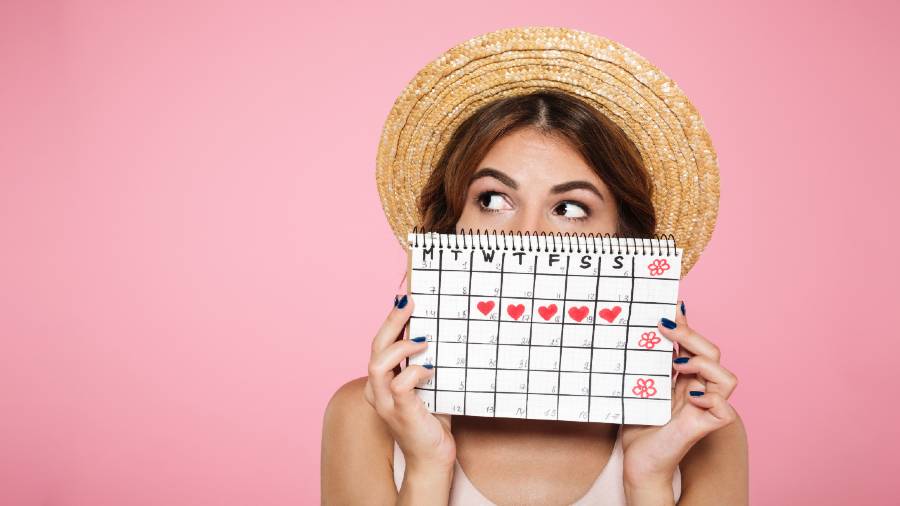 Women have a limited reproductive span. It starts with the onset of the first period or menstruation at menarche and ends with menopause.

Menstruation is under complex hormonal control — with messages released from the pituitary, thyroid, adrenal glands and ovaries. The main and final acting hormones are estrogen and progesterone, the ratios of which have to be in perfect balance.

All the endocrine glands and hormones may not work efficiently at the start of menstruation. As a result, there may be unscheduled bleeds, spotting, continuous bleeding or no menstruation at all for months. This is very frustrating for women as they are unable to plan and schedule their lives.

In earlier times, menstruation would begin around the age of 17 years. It has been steadily falling and now can begin as early as at 9-10 years. The lowering of age may have been due to improvements in the overall health of girls.

Menstruation that sets in before the age of eight is considered abnormal. It may be due to tumours in the brain (pituitary), adrenal glands or ovaries. A young girl can get it if she is obese or has been exposed to hormones via tablets or creams.

The first few cycles after the onset of menstruation are anovulatory — when the hormones are present but the egg (ovum) is not released. This means periods may be irregular and painless. But this settles soon, and the cycles become regular. A normal cycle can vary from 24 to 45 days. Only if dates are noted accurately can cycles be diagnosed as “irregular” on a shift of dates. Since the number of days in a month also varies between 28 and 31 days, periods may appear to be irregular even when they are not. This regular blood loss can lead to anaemia, so women may need iron and calcium supplements.

The menstrual cycle may become irregular with:

• Pregnancy or breastfeeding. After childbirth, the cycle may take as long as a year to become regular;

• Dieting and extreme weight loss or overeating and obesity;

• Fibroids in the uterus.

The danger signs are painless periods that suddenly become painful, spotting or bleeding in between periods, or changes in the quantity of flow. This needs to be evaluated with blood tests and ultrasound scans.

Menopause is the cessation of menses. It usually occurs around 50 but can occur anytime after the age of 40. Periods become irregular and scanty and, eventually, stop. Menopause can be said to have set in after there is no bleeding whatsoever for 12 months. Menopause may also be emotionally upsetting for women as it signals the end of the reproductive phase of their lives.

After a full year of menopause, if there is menstruation, then it is termed “postmenopausal bleeding”. It needs to be taken seriously and evaluated whether it is heavy or scanty. It can be because of vaginal dryness, polyps or —   as in 10 per cent of women —  uterine cancer.

The hormone levels in the body drop at menopause and the metabolism slows down leading to weight gain, hair becomes thin and brittle, breasts lose their fullness, and bones thin and can become osteoporotic. Some women complain of excessive sweating and insomnia.

After menarche, throughout their reproductive life and after menopause too, women need to exercise regularly and eat healthy. In young women, this will keep the cycles regular and prevent endocrine problems such as PCOS.

After menopause, women should eat less and exercise more to prevent weight from creeping upwards and keep bones and muscles healthy.