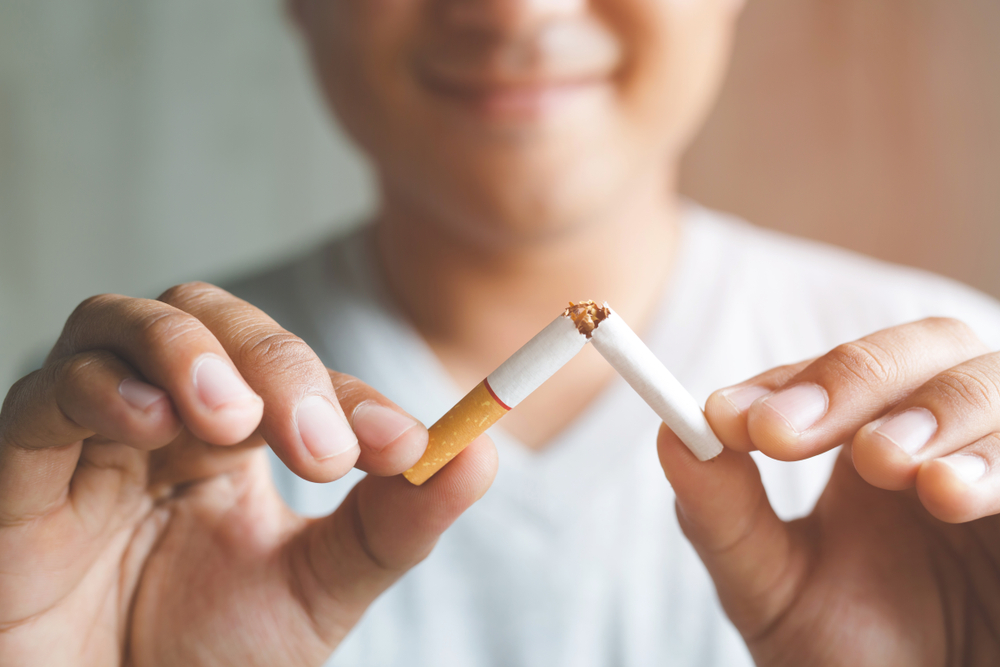 When someone smokes for the first time, the nicotine will target a particular area of the brain to stimulate both pleasure and aversion. But if the person continues to smoke, their brain will change
(Shutterstock)
Jovana Drinjakovic   |   Toronto   |   Published 03.12.19, 11:03 AM

Taryn Grieder has a personal interest in understanding why people continue to smoke despite the initial revulsion and countless health risks.

“In my family we have six people and five of us – everyone but me – smoke, or at least they did smoke,” says Grieder, a research associate and neuroscience lecturer at the University of Toronto who lost her dad prematurely to smoking.

Grieder has been investigating nicotine addiction for more than a decade – first as a doctoral student and now as a staff scientist in professor Derek van der Kooy’s lab in the Donnelly Centre for Cellular and Biomolecular Research.

Now, her research has now identified the elusive brain cells responsible for nicotine aversion – many people initially find smoking a cigarette disgusting – raising hopes that they could be harnessed to develop new treatments to help smokers quit.

The findings were published in the journal Proceedings of the National Academy of Sciences.

Scientists have long known that nicotine has a dual effect on the brain, stimulating both pleasure and aversion. It was thought that the opposing effects came from nicotine activating its receptors in different parts of the brain.

But Grieder found that both reward and aversion are sensed by two different populations of brain cells, or neurons, residing in the same area: the ventral tegmental area, or VTA, which is a key player in the brain’s reward system.

“Now we know that nicotine hits different populations of neurons in the same area, from which neurons project to the different brain regions,” says Grieder, who also teaches neuropsychology at U of T and other universities.

When someone smokes for the first time, the nicotine will target all its receptors in the VTA to stimulate both pleasure and aversion. But if the person continues to smoke, their brain will change.

“Aversion should be there all the time, but the more someone smokes, they’re going to have changes in the amounts of the receptors and in the signaling processes in the brain reward system,” says Grieder.

Researcher Taryn Grieder says, “When you make the switch to addiction there’s a switch in the brain’s motivational system. It’s not about getting the good feeling anymore – it’s about relieving the bad feelings of not having enough drug in the system.”
(Photo by Jovana Drinjakovic)

Smoking is complex and influenced by many factors. Some people find the first cigarette rewarding if they are under stress, for example, which Grieder’s previous research suggests is thanks to nicotine’s ability to reduce the negative effects of stress. Others may find smoking more pleasurable when they are under the influence of alcohol or other drugs because their reward signalling is already heightened so that nicotine aversion becomes less significant.

Although the two cell populations are intermingled in the VTA, the researchers were able to separate them with a genetic trick. They took advantage of a mouse strain with no nicotine receptors. These animals show neither reward nor aversion when exposed to nicotine.

They infected the mice with viruses that were engineered to carry and reintroduce nicotine receptors into one of the two main types of neurons in the VTA – dopamine or GABA neurons, named after the neurotransmitter chemical that they release. The mice were next exposed to doses of nicotine comparable to heavy smoking in a standard behavioral test that measures the rewarding or aversive effects of drugs.

The data revealed that the dopamine neurons in the VTA are responsible for aversion, whereas the GABA neurons signal reward in these animals. The finding is at odds with the accepted thinking in which dopamine is always the main reward signal.

The difference, Grieder says, is down to whether or not the animals are dependent on nicotine. While the dopamine neurons are responsible for aversion in non-dependent animals, they signal both reward and the aversion of withdrawal once dependence takes hold. What was once pleasurable becomes a necessity to keep supplying the brain with nicotine.

“When you make the switch to addiction there’s a switch in the brain’s motivational system,” says Grieder. “It’s not about getting the good feeling anymore – it’s about relieving the bad feelings of not having enough drug in the system.”

Grieder hopes the discovery of the brain mechanism behind nicotine aversion, provided it is similar in humans, will open the door to finding a more effective treatment for smokers who want to quit. Currently, there’s only nicotine replacement therapy, in which smokers are gradually weaned off nicotine – with moderate success.

Grieder suggests that a new treatment based on her research would be similar to Antabuse, a drug that causes severe nausea when taken with alcohol to deter alcoholics from drinking.

“When someone decides to smoke, if we could give them something that only makes nicotine aversive, then I think we could help them quit much more easily,” says Grieder.

The research was supported by the Canadian Institutes of Health Research.