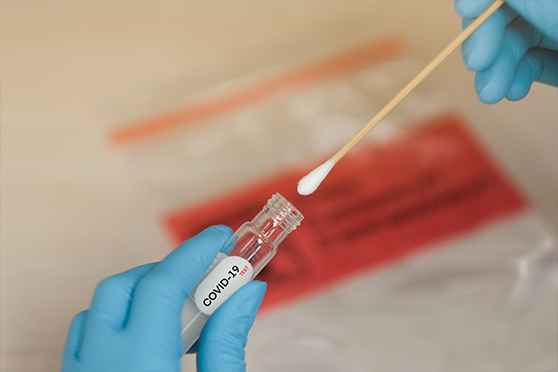 People who've had Omicron could have a high level of protection against the BA.4 and BA.5 variants that are now sweeping the globe.

A detailed study carried out in Qatar shows between May 7 and July 4 concluded that people who have had Omicron had a 76.1 per cent chance of not getting symptomatic reinfection with BA.4 and BA.5. The study, which still has to be peer reviewed, was published in Nature magazine.

The BA.4 and BA.5 sub-variants have proved to be "stealthier at evading people's immune defences than all of their predecessors," the study, which was carried out after the appearance of the two sub-variants, said. “Different histories equip people with different immunity against upcoming infection,” study co-author Laith Abu-Raddad, an infectious-disease epidemiologist at Weill Cornell Medicine-Qatar in Doha, said.

Knowing how these diverse immune responses interact inside a person will be “very important for the future of the pandemic”, Abu-Raddad added.

Hybrid immunityIndians are currently thought to have a high degree of protection from BA.4 and BA.5 because they are likely to have developed what's called hybrid immunity. This is because large numbers of Indians are believed to have had one of the Covid-19 variants and most have also had vaccinations.

In Delhi, for instance, studies have shown that the population has 97 per cent seropositivity either from having the illness or the vaccine.

The Qatar study concluded that people who had contracted earlier variants like the deadly Delta variant, but not Omicron, only had a 28.3 per cent protection against BA.4 and BA.5. The study analysed cases in Qatar’s entire population of 2.9 million. Qatar had 241,839 Covid-19 cases since the pandemic began.

However, researchers and doctors around the world have speculated that the lower protection offered by earlier variants could be because of the greater period of time that has elapsed since they ravaged the world. "The time that has passed since your earlier infection is much shorter with Omicron so it is not really a fair comparison," says Durban-based virologist Alex Sigal.

One of the unusual findings of the study was that prior Omicron infection offered a higher 79.7 protection against reinfection by BA.4 and BA.5 but was only 76.1 per cent effective at preventing symptomatic reinfection. The study said that though this seemed like a counter-intuitive finding it was in line with similar statistics in other studies.

BA.4 and BA.5 cases were first confirmed in India in mid-May by Insacog (the Indian Sars-Cov2 Genomics Consortium). They were first reported in South Africa which has been very efficient at Covid-19 research and which has at the forefront of discoveries about the illness.

About the findings, Kei Sato, a virologist at the University of Tokyo pointed out that the natural immunity against Covid-19 wanes over time. The Qatar study reported the same finding.

Adrian Esterman, a professor at the University of South Australia, believes that both BA.4 and BA.5 are amongst the most infectious diseases known to man.

The study authors point out that Qatar’s population is largely young and so the findings could be different from other countries. Doctors have concluded that the Qatar study backs the idea that there will be several waves of Covid-19 globally but they won’t lead to a huge number of hospitalisations. However, experts warn that people should not skip vaccinations.

Based on statistical modelling the study’s authors concluded that natural immunity would fall to 10 per cent after 25 months.