Contrary to popular perception, the elderly are at great risk of both depression and suicide 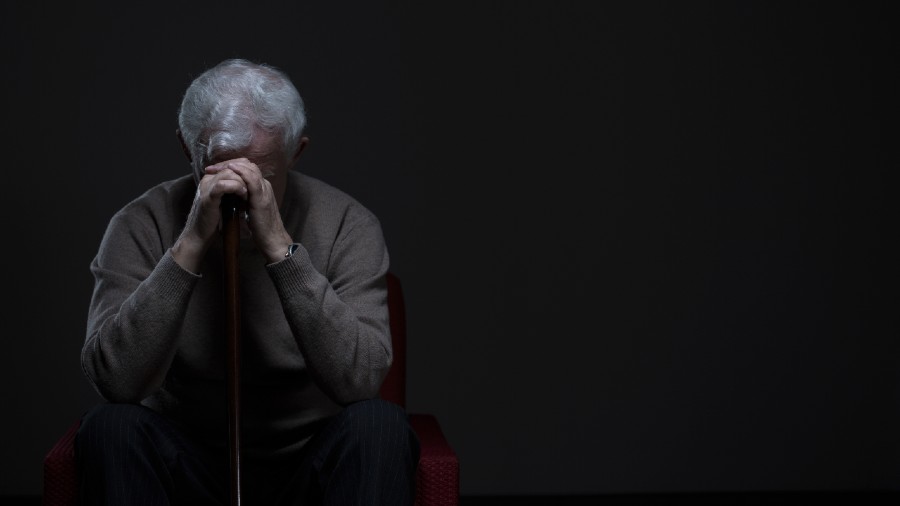 My dad stays so silent of late. He has stopped going to the club, stopped gardening — his favourite activity — and rarely speaks...”

We are all familiar with this kind of communication between friends or relatives. Age, however, is not the reason for these changes. When the elderly become more inactive, silent, withdrawn, tired or weak, there is usually an ominous reason — depression. This severe form of illness affects all age groups,  the old are especially vulnerable. Loss of vision, hearing and memory; falls; injuries; surgeries and poly-pharmacy as well as social issues such as grief due to loss of a loved one, retirement, neglect or abuse are all risk factors.

When depression strikes above the age of 60, it is called late-life or late-onset depression. Research shows that physical changes in the brain and body and the impact of environmental changes lead to signs and symptoms which can easily be missed or misinterpreted leading to deadly consequences of self-harm, suicide or wandering. It is important that certain myths are busted. Hopefully, this will sensitise people and enable early identification of depression in senior citizens.

Reality: The elderly are as much at risk as young adults, if not more. Physical weaknesses and social vulnerabilities further predispose them to severe forms of the illness.

Myth: He is just feeling low, distract him and he will be better

Reality: Depression is as much a disease as dengue or diabetes. While continued, consistent sadness is one of the main symptoms, it is also associated with fatigue, lack of interest in activities that a person liked before, poor ability to focus, pessimistic thoughts, feeling hopeless and wishing to end one’s life.

But the elderly often do not have clear-cut symptoms. Increased sensitivity to pain, a pre-occupation with minor physical complaints, severe anxiety, forgetfulness, social withdrawal, slowness of speech and movements, and lack of emotional response are the signs of late-life depression. If severe, they may complain of hearing voices and have a false sense of being guilty, having sinned or that parts of their body are decayed.

A lot of the elderly come to us with depression as well as complaints of forgetting recent events and dates, difficulty in finding their way and recognising faces. These are common signs of dementia, a brain disorder which eventually leads to shrinkage of the brain. Though depression and dementia can co-exist, the two are distinct and need different types of treatment. Even though dementia is irreversible, these patients will have a better life if the depression is treated. Early identification and treatment is vital for a better outcome and to improve the quality of life of patients and their families.

Myth: Grandpa is too old for treatment. If he stays home, he will get better

Reality: Depression can be effectively treated with medication (antidepressants), counselling (psychotherapy) and brain stimulation methods (such as electro-convulsive therapy). The family’s involvement in the treatment process hastens recovery. If untreated, depression increases and can get resistant to treatment. There is risk of self-harm or suicide too.

Many medicines for blood pressure, diabetes or heart problems can increase depression. As the elderly are usually on multiple medicines, it is better to have the list of drugs when you visit the doctor. It is important to control blood sugar, pressure, low back pain, headache, gastritis, vision and hearing for optimum recovery. Research shows that old people have a good response to medication and especially to electro-convulsive therapy, which is exceedingly safe and effective.

Myth: Old men and women do not attempt suicide

Reality: The risk is higher in the elderly. India shows an alarming rise in suicide rate and 15 per cent of it is in people over 55. Severity of depression, false beliefs of guilt, hearing voices (hallucinations), prior attempts or expression of death wishes, chronic pain and loneliness are all risk factors. If we neglect the early signs, the outcomes are often ominous.

The World Health Organization estimates that in every 100 elderly, 5-7 suffer from depression. That increases to 15-30 when the hospitalised are screened for it. Studies at Nimhans, Bangalore, and Aiims, New Delhi, show an increasing trend of severe depression in the elderly, most of whom respond well to treatment. Lifestyle changes such as regular exercising, avoiding smoking and alcohol, reducing carbohydrate intake and controlling weight can have preventive value. Important social changes include increased familial support, preventing loneliness and abuse, awareness about legal benefits, financial autonomy and scheduling daily activity. Many times, a long productive life abruptly halted by retirement complicated with loneliness by bereavement of spouse is a typical example of an elderly person drifting into depression.

The best way to keep good mental health is to be aware of these facts, identify the risk early and seek timely help.

The writer is a psychiatrist  at Nimhans, Bangalore. Views expressed are his own and not of his institution