The medicine prods the nerves that signal a full stomach, says Laura Donnely. These brain cells tend to become less efficient with age 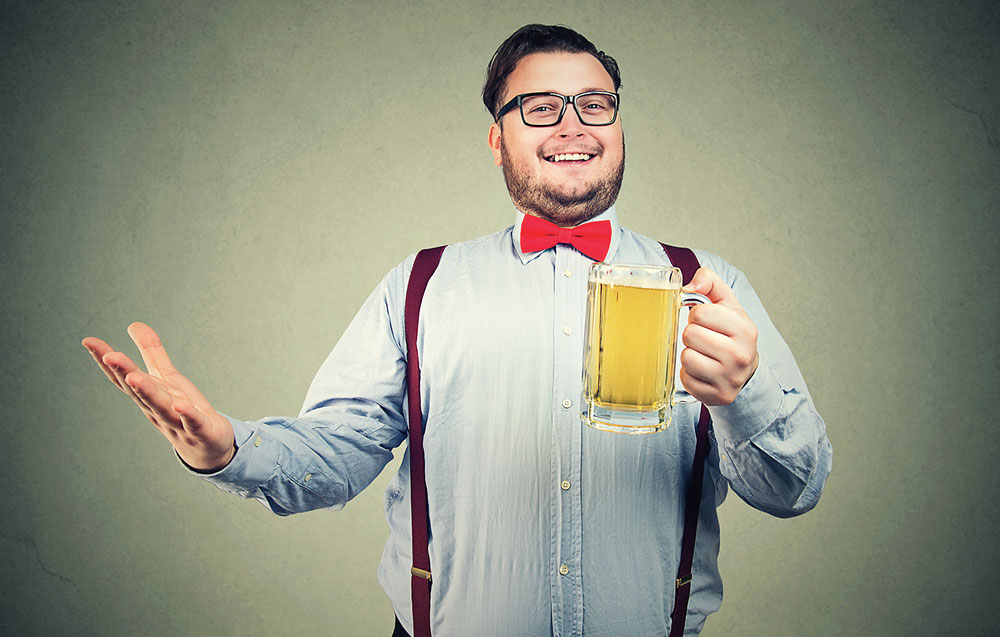 A breakthrough drug that directly targets middle-aged spread could help millions of overweight people lose weight. Slimmers taking the pills lost three times as much weight as those simply trying to diet and exercise, a landmark trial found. The drug also cut the risk of diabetes by a fifth.

Experts hailed the drug, called lorcaserin, as the most effective weight-loss pill yet, suggesting they could help the two in three adults battling weight problems. The approach could be the “holy grail” in the battle to combat obesity, they said.

The US research, which tracked 12,000 obese or overweight adults, found that four in 10 of those taking the drug lost a significant amount of weight over the course of a year.

On an average, slimmers taking the twice-daily pills lost 9lb (about 4kg) — around a dress size for the average woman — while those who stuck to traditional diet tips shed just 3lb (about 1.3kg).

And more than three years after the trial began, they had kept the weight off, the study found.

Scientists said the drug was an “important milestone” after decades of failed attempts to to develop effective diet medication, in a bid to combat the growing global obesity epidemic.

Until now, drugs that showed early promise have had little success — or been dogged by safety concerns, in particular about potential dangers to the heart. Harvard researchers said their results, presented at the world's largest cardiac conference, show for the first time that a drug can cause consistent and sustained weight loss with no such increased risk.

Scientists said the breakthrough was particularly significant, because the drug targets signals in the brain that have been linked to weight gain in middle age. The drug works by activating the neurons in the brain that control “satiety” — and signal fullness. These become less efficient with age, which is believed to be a key cause of middle-age spread.

Experts said the new drug — which is currently licensed in the US, and costs around £220 a month — works by reinvigorating the cells, helping people control their appetite better.

Eisai, the drug maker, said it was now evaluating the findings, ahead of any application for a European licence.

Prof. Jason Halford, an obesity expert at the University of Liverpool, said the drug could help millions of Britons if it is given the go-ahead by the National Health Service (NHS).

“We don’t have any appetite suppressants available on the NHS. We have a massive gap between lifestyle modification and surgery. At the moment you either get support and advice, or you get surgery — there is nothing in-between,” he said.

“This could be widely prescribed if it is approved by Nice (the National Institute of Health and Care Excellence) in the UK,” he said.

The findings, presented at the European Society of Cardiology conference in Munich, Germany, and published in the New England Journal of Medicine, sparked excitement among obesity and cardiac experts.

Tam Fry, of the National Obesity Forum in UK, said it was the “holy grail” of anti-obesity

medication. The only weight-loss drug currently available on the NHS is orlistat — which stops fat being absorbed into the body.

For years, attempts to develop “centrally acting” appetite suppressors — which make people feel they are full more quickly — have been beset with difficulties because until now they have also caused heart problems.

The findings suggest the new approach is around twice as effective as that of orlistat, which can have unpleasant side effects.

While 21 per cent of those taking orlistat lost at least five per cent of their total body weight after one year, the new trial found 37 per cent of dieters lost this much weight after 12 months on lorcaserin. And those on the new drug also saw the risk of developing diabetes fall by 19 per cent, compared to those given a placebo. Erin Bohula, a cardiovascular medicine and critical care specialist at Harvard’s Brigham and Women’s Hospital and the lead author, said the findings were an “important milestone” after decades of failed attempts to develop a safe drug, while global obesity rates have tripled.

“We have been able to demonstrate for the first time in a rigorous, randomised way that this weight-loss drug does what it is intended to do without causing an increase in adverse cardiovascular events in a population at higher risk for heart attacks and strokes,” she said.

While rates of major cardiac events were almost identical in those taking the drug, compared with the control group, those on the pills saw “small but significant” improvements in several factors linked to heart disease — including blood pressure, heart rate and blood sugar levels, the study found.

Professor Jeremy Pearson, associate medical director at the British Heart Foundation, said the findings were “reassuring” after a “long and generally unhappy” history of attempts at success in the field.