Advertisement
Home / Health / Are you snacking because of stress?

Are you snacking because of stress? 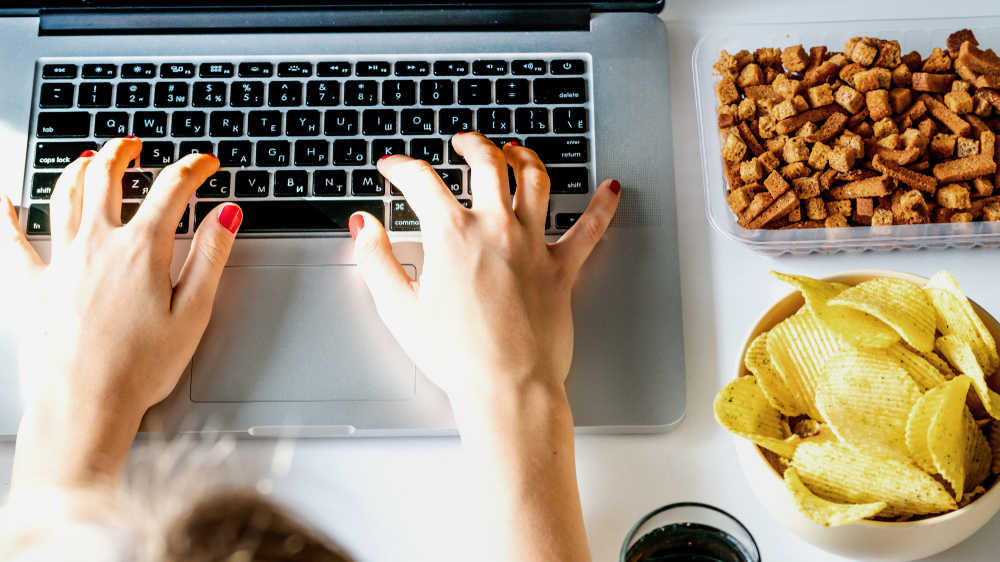 About 17 per cent of the study population lost weight during the pandemic; they tended to be people who increased physical activity levels and improved their diets.
Shutterstock
Anahad O’Connor   |   Published 06.01.21, 03:50 AM

Not long ago, Stephen Loy had a lot of healthy habits. He exercised four times a week, cooked nutritious dinners for his family and snacked on healthy food such as hummus and bell peppers.

But all that changed when the pandemic struck. During the lockdowns, his anxiety levels went up. He stopped exercising and started stress eating. Gone were the hummus and vegetables; instead, he snacked on cookies, sweets and Lay’s potato chips.

“We were feeding the soul more than the stomach,” said Loy, 49, who lives in Baton Rouge, Louisiana, US, and is the executive director of a tech incubator.

Now, a global survey confirms what Loy and many others experienced firsthand: the lockdowns led to big changes in health behaviours, prompting people to cut back on physical activity and eat more junk food. It drove anxiety levels higher and disrupted sleep. And those who are obese may have fared the worst.

While they tended to experience improvements in some aspects of their diets, such as cooking at home more and eating out less, they were also the most likely to report struggling with their weight and mental health.

The findings, published in Obesity, offer a cautionary lesson. With months to go before a vaccine becomes widely available and we can safely resume our pre-pandemic routines, now might be a good time to assess the healthy habits we may have let slip.

The study, carried out by researchers at the Pennington Biomedical Research Center in Louisiana, US, surveyed almost 8,000 adults across the globe, recruiting people from 50 countries and every state in the US. The average age of the respondents was 51, and a majority were women. Based on their body mass indexes, about a third of the people were overweight, a third obese and a third normal weight. The researchers found that the decline in healthy behaviours during the widespread lockdowns was fairly common regardless of geography.

“Individuals with obesity were impacted the most — and that’s what we were afraid of,” said Emily Flanagan, an author of the study and postdoctoral fellow at the Pennington Biomedical Research Center. “They not only started off with higher anxiety levels before the pandemic, but they also had the largest increase in anxiety levels.”

The findings shed light on exactly how people altered their routines and behaviours in response to the lockdowns. The researchers found that most people became more sedentary, which  was probably related to less commuting and more time spent indoors. But even when people did engage in exercise, it tended to be at lower intensity levels. Many people also said they had given in to their cravings: consumption of sweetened beverages and other sugary snacks, for example, went up.

There were some bright spots in the findings. About 17 per cent of the study population lost weight during the pandemic; they tended to be people who increased physical activity levels and improved their diets. And despite snacking on more junk food, many people showed an increase in their “healthy eating scores”, a measure of their overall diet quality, which includes things such as eating more fruits and fewer fried foods. The researchers said that the overall improvements in diet appeared to be driven by the fact that the lockdowns prompted people to cook, bake and prepare more food at home.

The greatest spikes in anxiety occurred among people who are obese; one reason may have been concerns about the virus. The survey took place at a time when studies were first beginning to show that excess weight puts people at a higher risk of being hospitalised with Covid-19. “Our hypothesis is there was a lot more anxiety about their own health,” Flanagan said. “A heightened fear of the virus would most certainly increase their anxiety levels.”