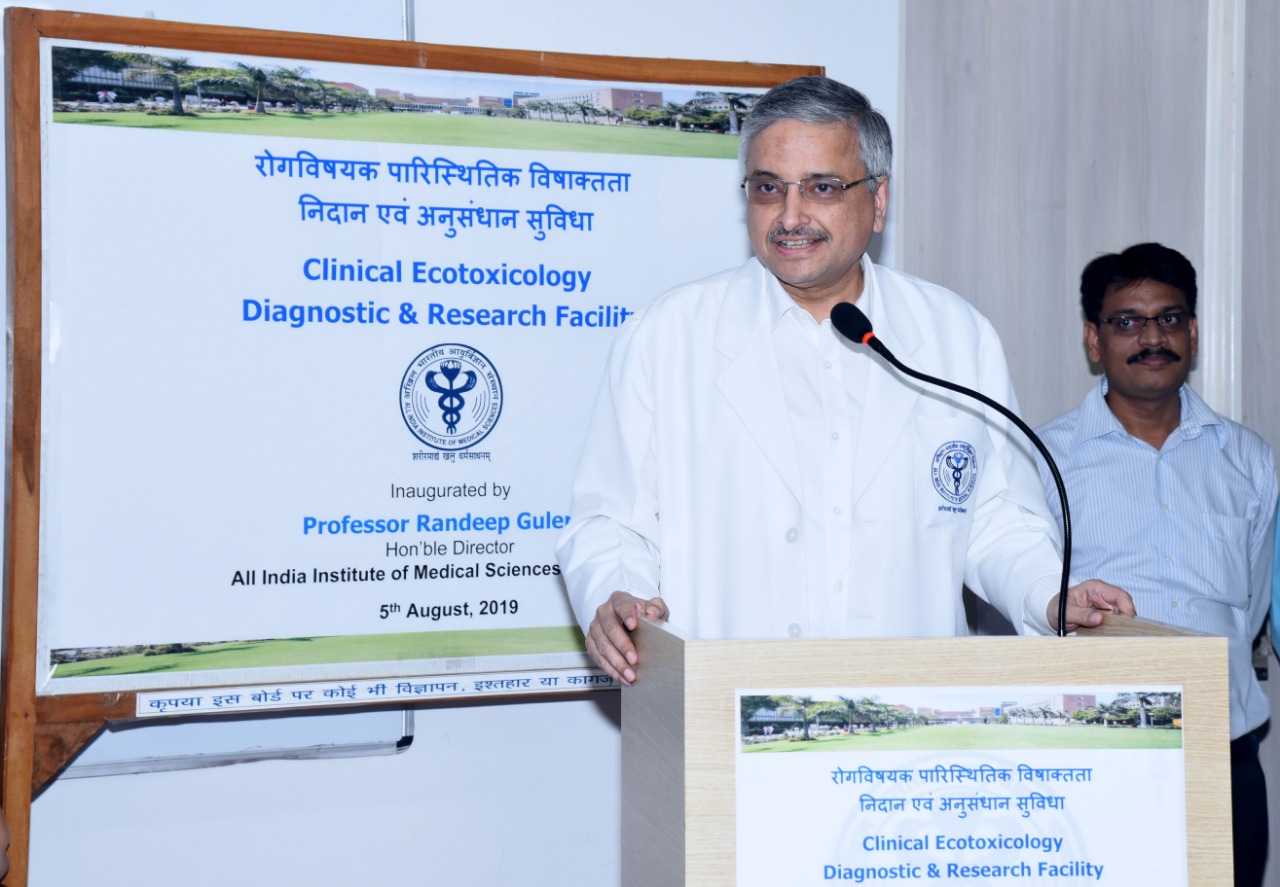 The All India Institute of Medical Sciences (AIIMS) in New Delhi on Friday opened an ecotoxicology facility to investigate the link between several diseases, such as types of cancers and lung diseases, and the presence of heavy metals in the human body.

The facility was built expanding the hospital’s anatomy department by gradually increasing the equipment. The cost of setting up the facility is said to be around Rs 1 crore.

According to a statement of the hospital, the facility will be engaged in detection, identification and quantification of various environmental toxins in patients having diseases of unknown origin.

“The cause of the majority of the non-communicable diseases are unknown and thought to be induced and aggravated by environmental toxins, heavy metals and toxic elements. Some of the Indian states are endemic for arsenic, mercury, cadmium, flouride, uranium, iron and other toxic elements due to contamination in ground water,” the statement said.

Speaking to this website, A. Shariff, the professor of anatomy and founder of the facility, said the set-up may even be the first of its kind in the world. “So far, there has been no such facility in India, and probably in the world. This facility will engage in inter-disciplinary research and will help diagnose patients suffering from various illnesses, which may have been caused by heavy metals. That a large number of people die of such contaminants has been borne out by a study done by Lancet, which said that these pollutants are responsible for about nine million early deaths across the world. Over 90 per cent of these deaths occur in low to middle per capita income countries, like India,” he said.

Shariff said earlier that there was no way of confirming the link between such disease as cancers and the environmental factors, since there was no way to detect these pollutants which are present in the body in very low amounts. He said with the start of the facility, clinicians can now detect these elements at such low levels as parts-per-trillion in the body fluids.

AIIMS director Randeep Guleria said the facility will perform the role of a nodal point for leading research in clinical toxicology in the country.

“The air, water and soil are getting contaminated due to various anthropogenic activities and these changes are directly affecting health conditions. There is urgent need to understand how the environmental exposure with toxins affects the health,” Guleria, a professor of pulmonary medicine, said in the statement.