India contributes to nearly 17 per cent of global suicide deaths. Dr Debanjan Banerjee on the need for a national suicide prevention strategy 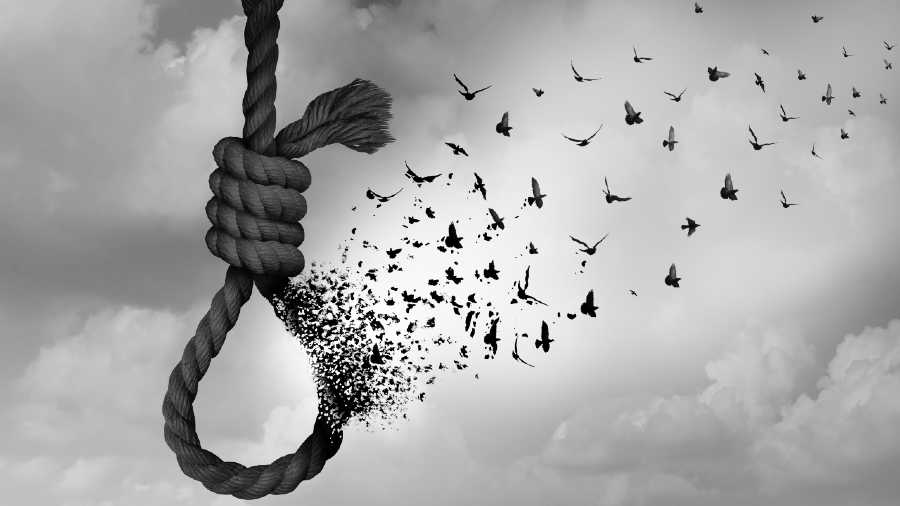 According to WHO data, India contributes to nearly 17 per cent of the global suicide burden though it comprises only 17.5 per cent of the world population.
Shutterstock
Dr Debanjan Banerjee   |   Published 22.12.21, 02:01 AM

India struggles with its suicide concerns. The subcontinent has the highest number of deaths due to suicide, with the population aged 15-39 years being most affected. The World Health Organization (WHO) has consistently highlighted suicide as an important public health concern for the country calling for a comprehensive suicide prevention strategy at all levels of healthcare.

According to WHO data, India contributes to nearly 17 per cent of the global suicide burden though it comprises only 17.5 per cent of the world population. For every death due to suicide in India, there are more than 15 attempts and about 200 people with suicidal thoughts at a given point of time.

Beyond these statistics, it is important to understand that the numbers are grossly under-represented. The administrative data collection agency for suicide deaths in India is the National Crimes Record Bureau (NCRB). The information collected is based solely on police reports and, therefore, influenced by social stigma and fear of reporting, legal consequences, avoidance of social hassles and quality of data in local police stations.

In a country like India, with its wide socio-cultural variations, there can be multiple risk factors. According to the NCRB data, hanging, consuming pesticides, medicine overdose and self-immolation are the common ways of deaths due to suicide.

Access to these “lethal” means is an important factor — research has shown a decrease in the number of suicides after restrictions on the use of pesticides and reduced usage of kerosene for cooking. The numbers have increased during the Covid-19-induced lockdown — bearing out the immense psychological and social impact of the pandemic.

There are various age-related and generic factors that influence the risk of suicide throughout one’s life. Childhood abuse, social isolation, loneliness, housing insecurity, long-term pain, living alone, poor education, physical or sexual abuse, societal expectations, academic competition, fear of academic failure and parental pressures are only some of the many risk factors involved.

Mental health conditions and social factors are equally important and there is no one reason for suicides.

Domestic violence and alcohol abuse predominate as risks in women and men, respectively, in the middle-age group. The other concerns unique to our country are rigid gender-based roles and discrimination as well as farmer suicides related to crop failure, poor irrigation and debt. Social support and connectedness, education and spirituality have been seen to be of help.

What have we done?

The government has taken several proactive steps in this regard. The revamped Mental Healthcare Act, 2017, no more considers suicide to be a “criminal offence”; it rather focuses on the treatment and rehabilitation of the affected individuals. The District Mental Health Programme, as an integral part of the National Mental Health Policy, 2014, has incorporated suicide prevention programmes, responsible media reporting and training community leaders for better awareness as a part of a multi-disciplinary approach.

Various other national policies involving prevention of domestic violence and alcohol abuse indirectly contribute to mitigating the risk of suicide in a community. Suicide prevention guidelines have been released by the ministry of health and family welfare even during the pandemic.

At present, various suicide prevention and mental health helplines are operational — these followed after Sneha, a Chennai-based NGO, pioneered the same as early as 1986.

However, the road ahead is long and needs coordinated as well as collective responsibility at the level of all stakeholders. Besides a good community surveillance system and reporting for proper recording of data that can encourage research, awareness, identification and understanding of the risk factors by the general public are the needs of the hour.

Media has a vital role to play in fighting the stigma and ethical ways of suicide reporting. Deaths due to suicide and suicide attempts should not be automatically equated with mental illness. It is a social problem with individual, familial, environmental and genetic factors playing a composite and complex role. Viewing suicide as an individual crisis, where a person snaps one fine day, is reductionistic and undermines the immense preventive potential. In fact, most suicides can be avoided if timely action is taken. Like a well-constructed building that has solid scaffolding in its foundations, a firm suicide prevention approach needs to scaffold across various risks throughout the vulnerable points in life.

Lastly, the policymakers have a central role to play and a national suicide prevention strategy for India is urgently called for along with active community participation.

The content has been derived by the writer, a Calcutta-based geriatric psychiatrist, from a paper led by Dr Lakshmi Vijayakumar, psychiatrist and founder of Sneha, Chennai, published in the journal The Lancet Psychiatry