Break the chain of addiction

A full recovery from addiction is possible with determination, self-compassion and patience 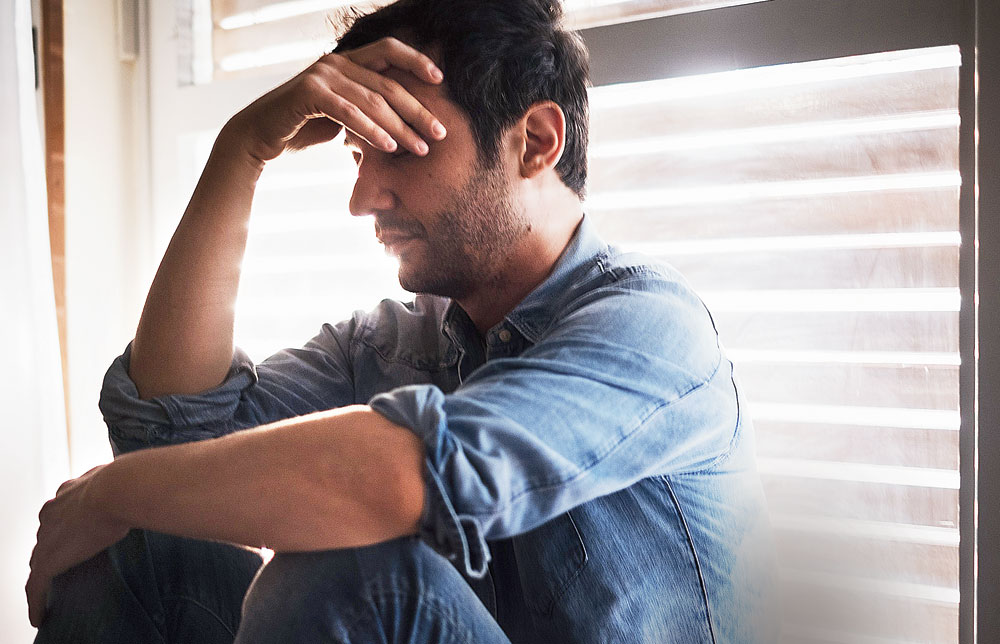 The urge to escape, the longing to transcend themselves, if only for a few minutes, is and always has been one of the principal appetites for the soul.

We may or may not agree with Aldous Huxley, but in our day-to-day life we cannot deny the temptation to escape our reality. We all want a quick fix to our problems and miseries. Reality sometimes is overwhelming and our minds seek comfort and pleasure in not facing it. Some of us would rather drug ourselves, or get into a new obsession, or come up with various reasons to stay numb than actively take charge and find a solution to our problems. No wonder, substance addiction is on the rise.

People of all age groups are now susceptible to alcohol or drug addiction, with teenagers and young adults being the most vulnerable. The reasons? Isolation, loneliness and/or dysfunctional coping mechanism. The common reasons we give ourselves to use addictive substances are to feel a “high”, to counter boredom, to seek and repeat pleasure as a form of self-medication for anxiety and insomnia or to escape emotional turmoil. At times, we con ourselves to believe that we need a chemical crutch to not get disturbed by surroundings and even to be productive.

No matter what be our reason, any kind of addiction — whether a real substance addiction or a compulsive attachment to video games, phone, sex, food, make-up, shopping — is really just a distraction from the real world. It may help us to look away from our problems but doesn’t solve anything. Even legal addictive substances, like tobacco or caffeine, are quite a bit of a health hazard if consumed indiscriminately.

Addiction is a big concern like any other serious disease. If one adds up the risk of injury and damage from chronic alcoholism and substance addiction along with the risk of overdosing and poisoning, addiction definitely is a serious issue.

It destroys one’s physical and mental well-being alongside having severe negative effects on one’s family, employment and society as a whole. The risk of damage depends on the substance used, the dosage and route of administration but, at a varying degree, it involves acute substance toxicity or poisoning, risk-prone behaviour, secondary and chronic medical problems like cirrhosis of the liver in case of alcoholism, secondary psychiatric problem, risk of persistent cognitive impairment, risk of dependency, and other social/occupational negative consequences.

Dependency on a chemical does not happen overnight. It starts at will, with controlled exposure. Nobody starts taking drugs or alcohol to be dependent. However, slowly the body becomes used to the chemical and the substance becomes essential to retain normal functionality.

Dependency Syndrome initially was described (Edward G. and Gross MM 1976: ‘Alcohol dependence: Provisional description of a clinical syndrome’) as provisional alcohol dependency but it is increasingly being applied to describe other drug dependencies as well.

It features a few categories to identify the problem and the extent of it. It might help us to identify where we stand.

1. Primacy of drug-seeking behaviour: In this, the substance user’s is always focused on the substance (alcohol or drug) and ways to procure it, which takes priority over everything else. Substance use becomes more important than one’s job, relationships or health.

2. Narrowing of the drug-taking repertoire: The user restricts themselves to a single drug rather than experimenting with many. The route of administration, setting and company become familiar and stereotyped. This means, the user is well past experimentation or trial phase and is slowly becoming dependent on a particular chemical substance.

3. Increased tolerance to the effect of drug: The user feels the need to increase the dosage to get the same effect. They might try to use a different route of administration (oral to IV) to get better or faster results.

4. Loss of control over consumption: The user feels that they are not able to restrict the quantity of the substance they further consume once they have taken the first dose.

6. Taking substance to prevent withdrawal: The user knows and anticipates withdrawal symptoms and in order to prevent it, they take measures to have substance handy.

7. Continued substance use despite severe negative consequences: Even when threatened by severe consequences, like marital breakup, job loss or bankruptcy, they continue to use the substance.

8. Rapid reinstatement of the previous pattern of drug use after abstinence: Characteristically, when the previously-dependent user relapses after a period of abstinence and rehabilitation, it takes lesser time to again become dependent than the time initially taken.

Once they are dependent, a user is usually very defensive about their substance misuse. It takes a lot of self-motivation and a strong drive to overcome dependency. Following are the stages one goes through on the path to recovery. It is not unusual to skip one or two stages, but the general progression remains the same unless the movement is halted.

Pre-contemplation: The user doesn’t recognise the problem although friends and family have already begun to suspect that there is a problem. The user might brush it off or even be surprised if someone points out the possibility of a dependency. A careful non-judgemental chat, a friendly nudge without prodding, might help the user to go to the next stage.

Contemplation: The user recognises and often acknowledges the problem in a non-judgemental, trusting environment. They might accept that there is a problem and be able see the negative aspect of continued substance use. Recognising a problem genuinely is half the battle won if one can look for a solution and ask for help.

As soon as the user recognises the problem, they need to reach out to people who can help. It is important to have a trusted, support group, which may comprise friends, professional caregivers and family members. It might be important to avoid friends who justify drinking and trivialise your insight, even if they are well-meaning.

Decision: This is a vital and crucial point where the user decides whether to attempt change or continue using the substance. Many times, they might decide to continue until, one day, they change their mind about it.

Action: The point of motivation where the user attempts to change. At this turnaround point, it is important to keep the motivation up even if the attempt fails. One needs to be patient and gentle with themselves. Perseverance and determination are key. Family and friends can support a great deal by helping the user to remain goal-oriented, encouraging and celebrating successes and ignoring the ill effects of initial withdrawal symptoms.

Maintenance: A stage of maintenance sounds easy as the physical dependency is tackled already. Although it’s time to maintain the gain made and focus on rebuilding a life, many times, if the motivation drops, one might relapse. Again, a support group can be a very good resource. It is also important to keep busy and have an active social life. Avoiding ‘risky’ groups who will encourage drinking is crucial. The user might have to rehearse what to say when offered a drink, to deal with awkwardness.

Relapse: A return to the previous behaviour doesn’t mean all is lost. There is always a possibility of gaining useful strategies to extend the maintenance period on the user’s next attempt. A relapse is also a stage on the path of recovery if one is aware and motivated.

De-addiction is quite possible if the user chooses a healthy and safer lifestyle. Like any change, it requires determination, self-compassion and patience. Professional help from a psychotherapist and/or therapist may be needed on the path to recovery.