Twitter’s chief executive added that he believed that the reach of political messages “should be earned, not bought.” 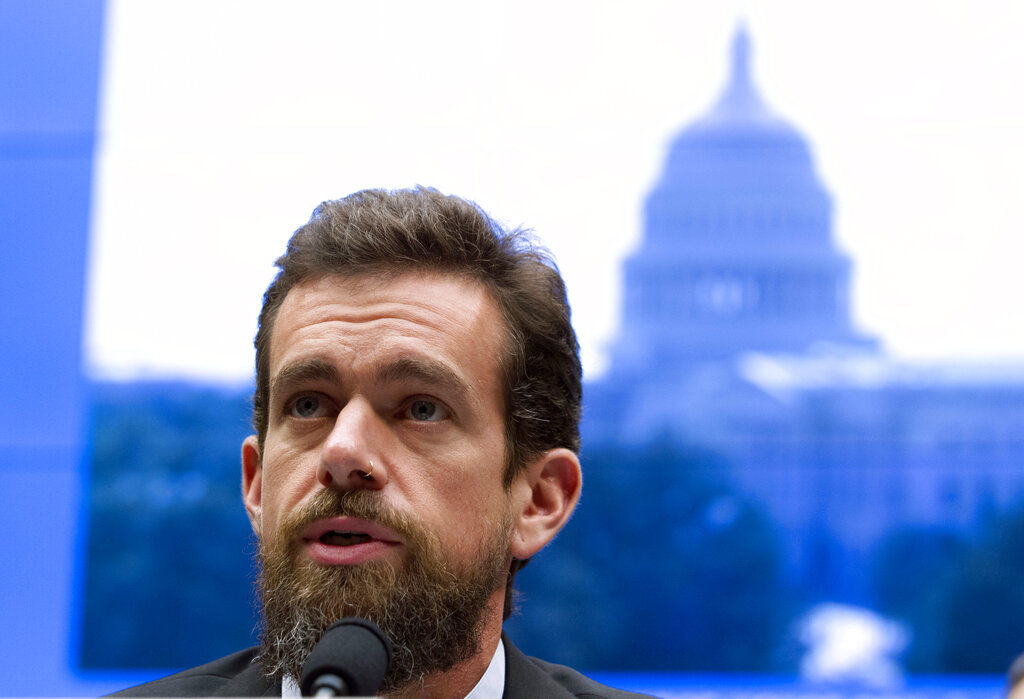 Twitter said on Wednesday that it would ban all political ads, putting a spotlight on the power and veracity of online advertising and ramping up pressure on Facebook’s chief executive, Mark Zuckerberg, to reverse his hands-off stance.

Jack Dorsey, Twitter’s chief executive, said political ads, including manipulated videos and the viral spread of misleading information, presented challenges to civic discourse “all at increasing velocity, sophistication, and overwhelming scale.” He said he worried the ads had “significant ramifications that today’s democratic infrastructure may not be prepared to handle.”

He added that he believed that the reach of political messages “should be earned, not bought.”

His move sets up a clash of principle with Facebook and Zuckerberg, who this month said that he would allow politicians to run any claims — even false ones — in ads on the social network. Zuckerberg reasoned that Facebook had been founded to give people a voice and said his company stood for free expression. Politicians’ ads, he said, were newsworthy.

Facebook has been attacked for that stance by Democrats, including the campaign of former vice-president Joe Biden. Over the last two weeks, hundreds of Facebook’s own employees also signed a letter to Zuckerberg asking him to reconsider how the company treated political ads.

But Twitter’s announcement that it would eliminate political ads, starting November 22, prompted immediate attacks from the Right. Brad Parscale, US President Donald Trump’s campaign manager for the 2020 election, said that Twitter’s decision was a partisan act intended to silence conservatives.

Parscale said in a statement that the move was “a very dumb decision” for Twitter’s shareholders and he wondered if Twitter would also stop running ads “from biased liberal media outlets” that attacked Republicans.

Democrats disagreed. Rep. Alexandria Ocasio-Cortez of New York praised Twitter and said “if a company cannot or does not wish to run basic fact-checking on paid political advertising, they should not run paid political ads at all.” Governor Steve Bullock of Montana, who is running for post of the President, tweeted, “Good. Your turn, Facebook.”

Bill Russo, a spokesman for Biden’s campaign, said it was “unfortunate” to suggest that the only way to deal with false claims in political ads was not to run the ads at all, but he added that it was encouraging that “for once, revenue did not win out.”

Two weeks ago, Sen. Elizabeth Warren of Massachusetts called out Zuckerberg for operating a “disinformation-for-profit machine.”

Online political ads have been in the spotlight since the 2016 presidential election, when Trump was more successful in spreading viral political ads than the Democrats were. How social networks can distribute and amplify misinformation and false content also came under scrutiny after Russians used Facebook, YouTube and Twitter to plant divisive messages in 2016 to influence the American electorate. That has since prompted debates about what ads and other content companies like Facebook, Twitter and Google should permit on their sites.

Zuckerberg, 35, was preparing to discuss Facebook’s latest quarterly financial performance on Wednesday when Dorsey announced that Twitter would no longer run any political ads. In a call with Wall Street analysts shortly thereafter, Zuckerberg did not mention Twitter but said he wanted to “focus on talking about principles.”

“Because from a business perspective, it might be easier for us to choose a different path than the one we’re taking,” he said.

Zuckerberg reiterated the importance of free expression and not pulling back on it. He said he planned to continue to have political ads on Facebook and that the decision was not rooted in greed because such ads were expected to make up 0.5% of Facebook’s revenue in 2020.

“I get that some people will disagree with our decisions,” he said. “But I don’t think anyone can say we’re not doing what we believe, or that we haven’t thought hard about these issues.”

Dorsey, 42, also did not mention Zuckerberg by name on Wednesday when he announced Twitter’s new stance on political ads. But he pointedly and consistently took an opposite position to the Facebook chief executive, drawing a distinction between free speech and paid speech.

In one veiled dig, Dorsey said the fight against online disinformation would be hampered if technology companies accepted payment for misleading political content. He said in the tweet that it was not credible for tech companies to say they were working hard against misinformation “buuut if someone pays us to target and force people to see their political ad...well...they can say whatever they want!”

Twitter had long allowed political ads, though it began taking steps recently to curtail them. After the 2016 US presidential election, Twitter started requiring advertisers to verify their identities and it published a database of political ads that ran on its service.

Twitter said the ban would not greatly affect its advertising business, which is the main way that the company makes money. Ned Segal, Twitter’s chief financial officer, said political ad spending for the 2018 midterm elections was less than $3 million. The company’s annual revenue totals about $3 billion.

The ban on political ads does not eliminate the toxicity that Twitter faces with political speech on its platform. The service, where politicians like Trump freely post messages, has said it will be lenient with world leaders who appear to violate its policies against violent speech on the site because it believes that preserving those tweets serve the public interest.

Twitter will face other challenges as it tries to determine what ads count as political. In addition to ads sponsored by political campaigns, Twitter also intends to ban ads that discuss political issues such as climate change. Vijaya Gadde, Twitter’s head of legal, policy, trust and safety said in a tweet that Twitter defined political ads as those that “advocate for or against legislative issues of national importance,” including immigration and health care.

Google, which did not immediately have a comment, has largely avoided the scrutiny over political ads, even though it — like Facebook — continued to run a controversial advertisement from the Trump campaign that made false claims about Biden.

Google requires that someone who wants to buy a political ad must verify their eligibility to do so in the United States. Once the ads are ready to run, a Google team reviews the ad for policy violations, including misrepresentation or dishonest claims. An ad may be reviewed again if users flag it as problematic.

Of the most recent 100 ads purchased on Google since July by the Trump campaign, seven were taken down for violating its policy. Google declined to specify what policies were violated.

“Social media platforms were seen as a great equalizer in terms of how humans consume information and how they connect with each other,” he said. “The concept of paid engagement or unequal engagement doesn’t realize that vision.”