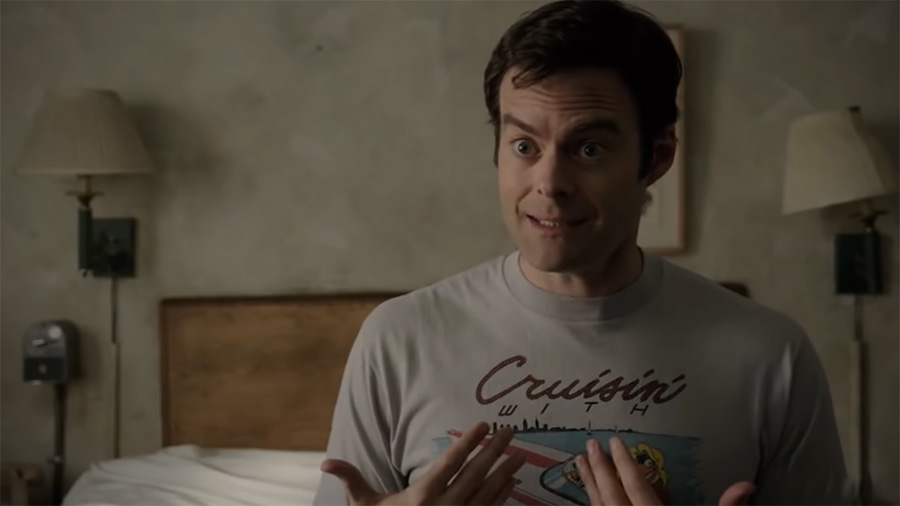 Season 3 of the HBO comedy series Barry has been nominated in six categories in the 74th Primetime Emmy Awards, including Outstanding Comedy Series. The three-season series has been an awards-season darling for its co-creator and lead actor Bill Hader, who has won two consecutive Emmys in the Outstanding Lead Actor in a Comedy Series category for the first two seasons.

Barry has created a distinctive genre by blending the exciting black-comedy genre with drama and violence. It addresses larger questions of morality while exploring the psyche of a troubled man. Here’s why the show streaming on Disney+ Hotstar is a must-watch.

Barry follows Cleveland-based hitman Barry Berkman, a former US Marine and Afghanistan veteran who is lonely and dissatisfied with life. He flies to Los Angeles to kill someone on an assignment but enrols in acting coach Gene Cousineau’s acting class instead. There, he meets Sally Reed, an aspiring actress, and starts to reevaluate his life as he discovers a new sense of purpose. He makes an effort to put his troubled past behind and pursue a career as an actor but becomes a suspect in an active FBI homicide investigation.

Bill Hader and the supporting cast

Bill Hader delivers a masterclass in acting as Barry in the show that he co-writes with Alec Berg. Hader was a master of mime and mimicry on Saturday Night Live but in Barry, he has manufactured a stiffness that is equal parts tragedy and comedy.

Henry Winkler breathes life into Gene Cousineau, an eccentric, self-obsessed acting coach and Barry’s mentor whose glory days as a performer are long behind him. Winkler’s performance has earned him three Emmy nominations and one win in the Outstanding Supporting Actor in a Comedy Series category for the previous seasons.

Sarah Goldberg is effortless as Sally, an aspiring actress and Barry’s girlfriend, who’s seemingly good-natured but is very selfish and envious.

However, it is Anthony Carrigan as NoHo Hank, an effusively positive and naive member of the Chechen mafia, who steals many scenes, along with Stephen Root as Monroe Fuches, a cowardly, manipulative and self-centered old family friend of Barry’s who groomed him as a hitman. Carrigan has also been nominated for the Outstanding Supporting Actor in a Comedy Series category at the 2022 Emmy Awards.

Use of black humour

The term ‘sick-comedy’ was used to describe the black comedy genre that stand-up comedians helped to popularise in the 1960s. But after 9/11, cable and streaming began to feature more aggressive dark comedies with shows like Curb Your Enthusiasm, BoJack Horseman, Rick and Morty and The Good Place among others.

Barry blends lighthearted, whimsical humour with dark and emotional themes. The multi-season series pushes the boundary of dark comedy to a whole new level with its unique blend of comedy and tragedy. As viewers, we know what is happening is terrible, yet the way it is depicted on screen initially makes us laugh and then makes us feel sad. For instance, Barry tells Gene his dirty little secret in the pilot episode’s final scene, but the humour in that sequence comes from Gene’s interpretation of it as an improvised acting monologue.

In Season 3, Episode 1, Forgiving Jeff, Barry kills his target along with his client in frustration after the latter has a sudden change of heart during the execution. Although this scenario is violent, you can’t help but crack up because of the context and the distinctive tone.

The series takes a close look at Barry’s psyche and his inner turmoil. This war veteran became a contract killer after losing his sense of reality on returning to civilian life. Initially, after joining the acting class, his problems seem to have disappeared. But with time his condition gets worse and eventually wreaks havoc on him and his close ones. The show carefully weaves his trauma from war with his inability to live without the compulsion of killing. In one scene from Season 3, Barry arrives at Noho Hank’s house unannounced, almost begging for a few names he could kill.

Barry also examines the inner lives of its supporting characters. For instance, Sally’s trauma from an abusive past to her insecurities as an actress and creator have been explored as she gets increasingly detached from reality. Gene Cousineau’s transformation from an irresponsible and carefree actor to a vengeful coach is also seamless.

Despite being labelled a comedy, Barry frequently blends other genres to help the narrative. Apart from co-writing and playing the protagonist, Bill Hader also directed several episodes of the series. Season 2 Episode 5, Ronny/Lily, is one of the best episodes in the series in terms of the suspense and action it creates. The camerawork is exceptional in this episode, especially with the single takes that capture Barry’s hand-to-hand combat with the father-daughter duo of Taekwondo masters.

In Season 3 Episode 6, 710N, also directed by Hader, a gunfight-bike chase sequence on the Los Angeles highways takes the scale of the series to a whole new level.