Advertisement
Home / Entertainment / ‘Now we take each day as it comes’

‘Now we take each day as it comes’

Raima Sen on living in the moment, The Last Hour and her screen chemistry with Parambrata 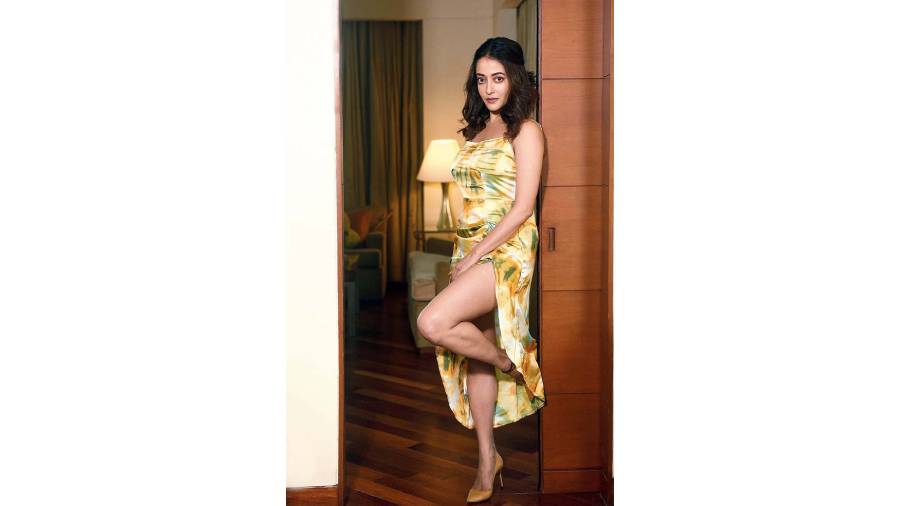 “It feels good to be back home for a while,” smiles Raima Sen. She is in Calcutta now, going through scripts and spending time with family. “I am getting a lot of suggestions on what to watch. One of my friends asked me to watch By The Sea (starring Brad Pitt and Angelina Jolie),” says Raima. Interestingly, two of her latest projects find Raima close to nature — a web series set in the hills and a new music video by the sea. And in both, she looks beautiful draped in saris! A candid chat...

Your latest web series The Last Hour is streaming on Amazon Prime Video. How’s the feedback?

The feedback from Bombay is really good... they are really enjoying it a lot. Many of my friends have seen it and liked it. I am getting a lot of positive feedback on social media. The Last Hour has an intriguing, original, authentic concept. I got to know about a lot of things, including shamanic traditions, after I read the script for the first time. I said yes to the series after watching Amit Kumar’s Monsoon Shootout. I really liked the film.

You met him in Calcutta...

How was your experience working with Sanjay Kapoor?

I had a great time! He is a big foodie... we were shooting in remote areas... it was freezing... and we knew that if we need food, we could go to Sanjay! We went to a restaurant in Darjeeling. He has a great sense of humour!

You were in Lucknow shooting for Mai (produced by Anushka Sharma’s Clean Slate Films for Netflix)...

Yes, we were there for a month. I got back home early this month. I’m happy to be home now. I am watching a lot of web shows and reading books... recently I watched The Serpent... loved it.

You and Parambrata Chattopadhyay star in a beautifully shot new music video for the Bangladeshi song Aaj ei kotha diley.

The shooting experience was really nice. We shot it in Tajpur, four hours away from Calcutta, and also in a house here. This was my first Bangladeshi music video, though I have done ads there. Of course I have done many Hindi music videos. I started off by doing Hindi music videos and then moved to movies. This one’s like a period piece.

It reminds us of your portrayal in Chokher Bali...

They wanted to recreate that kind of a vibe. I agreed to do it because I really liked the concept. I liked the way they had visualised it, done the sets and costumes. The music video got more than one million views in the first day itself.

Yes! We have done so many films and ads together. When the makers think of me, they think of Param and vice-versa. We have a really nice, easy-going on-screen chemistry... my mother thinks so too. She feels it is really cute. I understand him, and his humour... and he understands me. Of course, we fight a lot (laughs out loud). There is always a tu tu mein mein between us.

He has become really responsible now. Our friendship is still the same.

Would you like to do more projects in Bangladesh?

I get a lot of offers from there. I’ll do it if anything substantial and different comes up.

You have delivered many critically acclaimed performances in the last 22 years. What excites you now?

It depends... if the director or the role is really good, I’ll say yes. If the production house is really big, I’ll go ahead and do the film. Sometimes there might be a very good co-star that I’d like to work with... and then I do the film.

And what happens when a project does not work out the way you expect it to?

One has to learn from mistakes. You do your work with all the dedication and honesty and learn as you go along. It is a part of life. Just like life, there will be ups and downs in your career. Initially I used to feel bad about trolling... but I am not bothered now. If I read it, I’ll throw it out of my brain.

How do you engage with social media?

Mostly to give out information about my work and for endorsements. And then I share my pictures. I know that it is important to be visible. And I retweet. But I am not an activist on social media. I do it because you have to do it.

You have done a Malayalam film, a Telugu and a Tamil film. Do you have a plan or a road map to work there?

I would love to work more in the south industry. Let’s see what happens once everything opens up and my Tamil film releases. And I am a go-with-the-flow kind of a person. I don’t plan ahead too much. From the beginning of my career, films just started coming, one after the other. Now, I take up work when I want to... when I feel like it. I don’t take any extra pressure where I have to constantly do films like I used to earlier.

We all got to look at life in a new way during the pandemic...

Our outlook towards life has changed. Earlier, one would make plans for the future... what would happen after 10 years. But now we take each day as it comes and enjoy the moment. You never know what’s going to happen next. I don’t like to waste my time unnecessarily. Now I do things that are important.