Advertisement
Home / Entertainment / It’s all coming from his brain!

It’s all coming from his brain!

Christopher Nolan is just profoundly masterful at whatever he does, and just working with him was unlike any other director I have ever worked with’ — Elizabeth Debicki chats about being Kat in Tenet 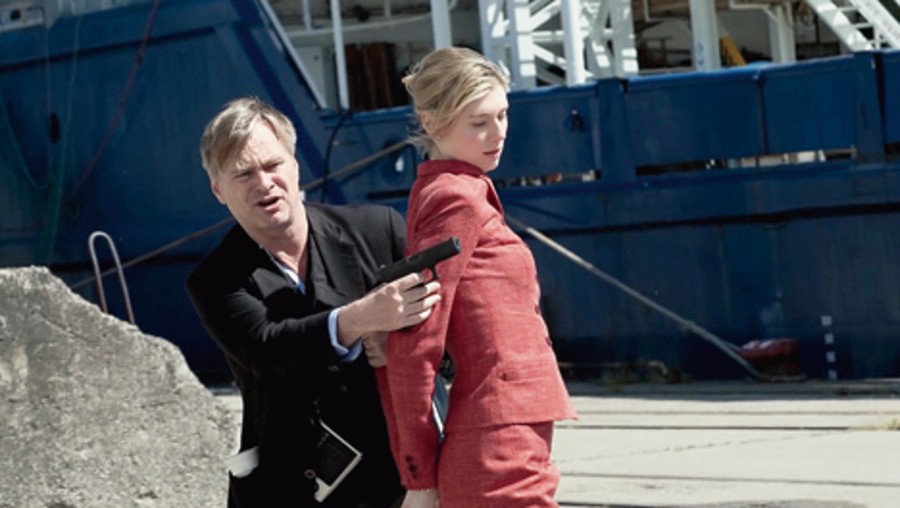 Elizabeth Debicki with Christopher Nolan on the sets of Tenet
Sourced by the correspondent
Priyanka Roy    |   Published 04.12.20, 01:19 AM

Elizabeth Debicki is no stranger to big Hollywood, having starred in films like The Great Gatsby, Everest and Guardians of the Galaxy Vol 2. She is slated to star as Princess Diana in The Crown, Season 5 onwards. In Tenet, perhaps her biggest film yet, the 30-year-old 6’3” stunner plays the mysterious and alluring Katherine ‘Kat’ Barton. Over an early Wednesday morning Zoom call, The Telegraph caught up with the Australian actor on being Kat, the experience of working with Christopher Nolan and why India is on her ‘bucket list’.

Most actors say that working with Christopher Nolan is a once-in-a-lifetime experience. Was working on Tenet with him as rewarding as it was challenging?

I think that’s a great way of putting it… it was as rewarding as it was challenging and complex. Chris is one of the greatest minds to have ever created cinema, which is why it’s incredible to be a part of his canon. When I think of his contribution to cinema, he’s someone who has given us movies to grapple with, think about… the imagery in his films is seared into the collective consciousness in a way. I think he is just profoundly masterful at whatever he does, and just working with him was unlike any other director I have ever worked with.

There is a certain intelligence in Chris and his scripts and his characters… but there’s also speed, velocity, a kind of dare…. He moves very quickly when he works. The film is so huge in terms of scale, but making Tenet felt almost like making an independent film. His production is very focused and moves very quickly, it doesn’t dwell on the same material for days. He almost has a mercurial nature in his approach to shooting. He knows exactly what he needs to get, and once we — cast and crew — have managed to tap into that and put it on camera, he’ll just move on very quickly from it. I don’t expect to ever come into contact with someone like Chris again or work on a set like that.

Was there a specific moment while working on Tenet that made you realise the genius of Christopher Nolan?

Working with him can be quite overwhelming at the beginning. There’s this man who is flesh and blood, and then you realise what he’s created. And there was Chris Nolan sitting in front of me as I read the script, and in a kind of way giving me a key to his brain, which was very surreal! (Laughs) And then I found myself on set, and in that scene where JD (John David Washington, who plays The Protagonist) and Rob (Robert Pattinson, who plays Neil) were standing on the side, Chris Nolan made an entire plane crash into a building, we realised that we were on a remarkable set creating this wonderful piece of cinema. We were creating sequences that had never been done before, highly complex and super engaging. And you then realise that it’s all coming from Chris, it’s all coming from his brain! It’s quite surreal in a way you know! (Laughs) It’s like he thinks of the ship, he creates the ship, he puts the ship in water, he creates whoever is sailing in that ship, and then you realise that that ship is Chris Nolan’s brain! (Laughs) It’s so bizarre and wonderful and like nothing that I have ever experienced before.

His films come together beautifully in the end but we also know that his actors are mostly kept in the dark in terms of the direction that his films take during shoot. Working on Tenet, was there ever the feeling of, ‘Oh my god, what am I doing here and where is this film going?

I think there were quite a few moments like that for me. I had my own understanding of how the sequences were going to come out. When I watched the film for the first time, there were multiple moments where I thought, ‘This is fascinating!’ I was in that car, shooting that same sequence with Rob and JD for three weeks. But I really didn’t know what was happening in that sequence, save for what I was doing individually. But when I watched the film, that whole sequence came together so beautifully and I realised, ‘Oh that is what we were making!’

There were so many scenes we shot that were counter-intuitive, we shot them backwards and I had no idea what we were doing! But I would look at Chris and say, ‘Is that what we are doing?!’ And he would smile and say, ‘Ya, that’s how it is’. So you just have to trust what he’s doing. That level of surrender to something is very thrilling for me, especially when you have somebody like Chris holding the reins.

Your character Kat undergoes the film’s most interesting arc, from a damsel in distress to a woman with a lot of agency. What was your reading of her?

The arc was what I loved about her. I’ve had people say how it was interesting to see her change through the film and the trajectory she had, because that’s a very human thing, watching someone’s evolution, or rather devolution in certain circumstances. It’s always so fascinating.

When I read about Kat, I was thrilled and also relieved in a way to see a woman in this genre. I remember thinking that there is something very authentic about how this person has to break through the confines of her own making in a way. I never saw her as a victim because I felt she always took full responsibility for where she is in her life.

When we first meet her, she is in circumstances which are very difficult for her, but at the same, she is aware that she is equally to be blamed for where she is, or for the decisions she’s made. What I liked about her is that she doesn’t walk around wallowing, she just understands that her circumstances have come of her own volition as well.

I love the edge that her psyche has, and the way Chris has written her psychological arc. Her lack of self-belief and her coming into her own and her discovering her agency always rang true for me. There’s a lot of damage that has been done and there’s a lot of trust that she has to create. The blueprint of her psychology was right there on the page and it was a joy to step on set and do it. From the beginning, I saw her as a very intelligent person and someone who’s taken responsibility for where she is in life. I do appreciate the way Chris has written her… how she breaks free of her own self in a way.

You didn’t get to shoot Tenet in India but most of the cast did. Have you ever been here?

I haven’t ever been to India, but I would really like to be in your country. I want to see India so much and I really hope to travel there soon. It’s been on my bucket list for quite sometime. And I was very jealous because when the boys (John David Washington and Robert Pattinson) came back from India, they were overwhelmed by what they saw there… JD told me it was life-changing. And I saw it… some parts of JD had really evolved after coming back from India.