Advertisement
Home / Entertainment / Chris Pratt turns 43: Take a look at some of his most popular roles here

Chris Pratt turns 43: Take a look at some of his most popular roles here

From Andy Dwyer in ‘Parks and Recreation’ to Star-Lord in the MCU, the beloved actor has essayed several popular characters 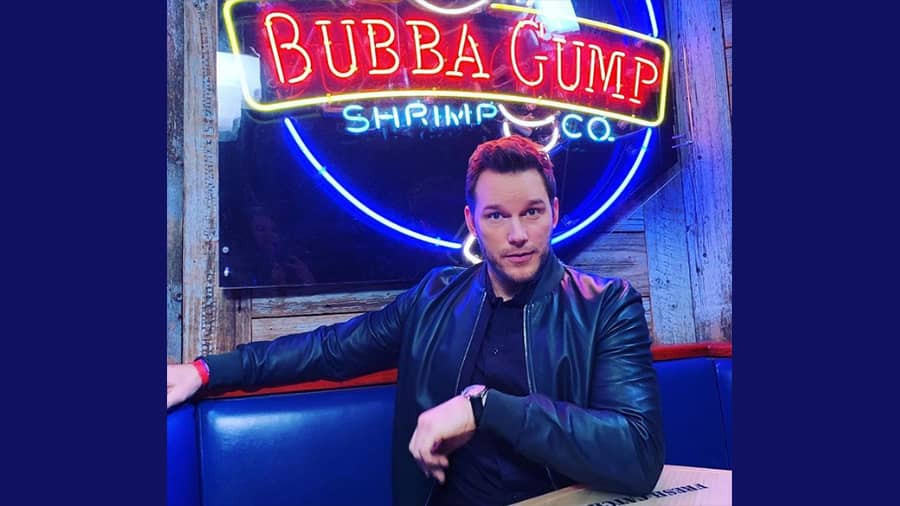 Hollywood actor Chris Pratt, who turned 43 on Tuesday, has truly mastered the art of versatility when it comes to acting. From a small screen darling in sitcoms like Parks and Recreation to the rugged and masculine dinosaur-lover in the Jurassic World series, Pratt has portrayed on-screen characters who would be remembered and loved at least for a century if not more.

Pratt’s latest venture Jurassic World Dominion raked millions of dollars at the international box office. The fan-favourite Star-Lord from Guardians of The Galaxy is also set to render his voice to Super Mario in an upcoming film based on the popular video game character.

Pratt, who recently celebrated the birth of his second child Eloise Christina Schwarzenegger Pratt, has a busy schedule ahead. On the actor’s birthday, let us take a look at some of his roles you cannot afford to miss.

Andy Dwyer on Parks and Recreation

Pratt’s career started off in the early 2000s with several appearances in television shows like Everwood and The O.C. However, the actor became a fan favourite in the show Parks and Recreation. The show focused on comedian Amy Poehler as Leslie Knope, the deputy director of the Parks and Recreation Department in the fictional town of Pawnee, Indiana. Pratt’s character Andy Dwyer initially made small appearances before becoming a full-time show staple. The good-guy ex-boyfriend character was embodied perfectly by the lovable Pratt.

When Pratt starred in the Marvel Studios’ 2014 film Guardians of the Galaxy, he brought along the Andy Dwyer energy to the superhero movie. As Peter Quill, also known as Star-Lord, we saw the actor as an intergalactic bounty hunter, a bad boy with a heart of gold. After his first appearance in the MCU, Pratt starred in the sequel Guardians of the Galaxy Vol. 2 as well as Avengers: Infinity War and Avengers: Endgame. It is believed that he will also be seen in the upcoming Chris Hemsworth starrer Thor: Love and Thunder.

Emmet Brickowski in The LEGO Movies

Pratt lends his voice to the character of Emmet Brickowski in The LEGO Movie perfectly embodying the 'everyday man’. It was heavily speculated that the 2014 movie was doomed for failure, however, the movie turned out to be a pleasantly surprising hit. Pratt’s voicing of the lead character was a major contributing factor to the film’s success. Pratt returned to voice Brickowski again in the 2019 sequel The Lego Movie 2: The Second Part.

Living up to performances by the likes of Sam Neil, Laura Dern and Jeff Goldblum was a challenge that Pratt took up in the Jurassic World franchise. Pratt as Owen Grady was not just a gritty action hero but a loving dino-dad as well who raised and trained velociraptors in the first movie Jurassic World. He manages to show both a cocky side as well as a sensitive one. He returns to Jurassic World: Fallen Kingdom which sees dinosaurs released into the world. In Jurassic World Dominion Pratt returns as a saviour of dinosaurs and sees an end to the Jurassic franchise.

From lovable to outright creepy, Pratt’s Jim Preston in Passengers showed us the inner workings of the human mind. When forced to awaken 90 years too early from hibernation on board the Avalon spaceship headed for Homestead II, Preston is about to take his own life when he notices Aurora Lane (Jennifer Lawrence). Pratt gives us a look at the moral struggle the character faces as he can either choose to spend the rest of his life alone on the spaceship or wake up Lane dooming her future as well. Obsessed with the sleeping Lane, we are given a lead we can all sympathise with but dislike at the same time.