There are several lesser-known harvest festivals celebrated by various tribes, regions and cultures across the country. Sahapedia takes a look at some of them 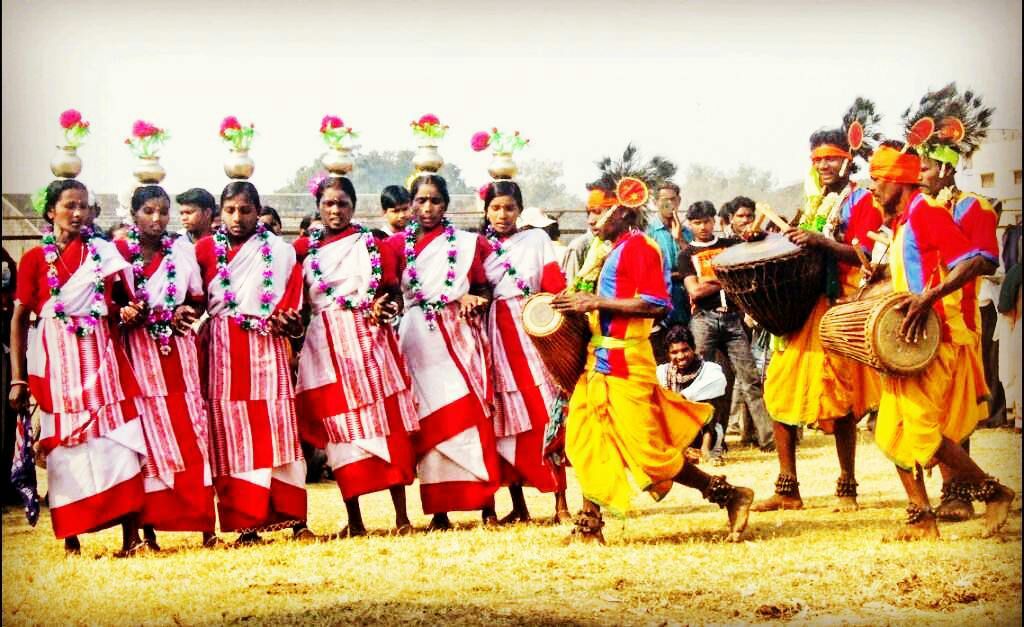 India is a multicultural country where numerous festivals are celebrated around the year. Most of these festivals such as Lohri, Makar Sankranti, Pongal and Onam are associated with harvest and coincide with the first day of the 'regional' New Year.

But there are several other harvest festivals such as Gaan Ngai, Wangala, and Mopin that are celebrated in various other parts of the country. We take a look at some of these lesser-known harvest festivals.

The Mopin festival is a harvest festival celebrated by the Galo tribe of Arunachal Pradesh in the Galo months of Lumi and Luki (March and April, according to the Gregorian calendar). The presiding deity of the festival is Mopin Ane—the goddess of fertility and prosperity of the animist religion of Donyi-Polo.

During the festival, people dress up in white and consume the locally-brewed alcoholic beverage apung/poka, eat aamin (a dish made of rice, meat and bamboo shoot) and perform the traditional dance of popir. Of late, instead of many small celebrations, the festivities have been streamlined by a formal committee and a massive joint celebration/event is organised in the state capital of Itanagar. Thousands of people from across Arunachal Pradesh come to celebrate the festival together. The focal point of the festival is the sacrifice of a mithun (a bovine creature), whose blood is then distributed as prasad (blessing).

What Baisakhi is to Punjabis, Nuakhai or Nuankhai is for the people of western Odisha. The name translates to ‘new food’, reinforcing its importance as a harvest festival. It is believed that the festival began in the 20th century under the reign of Maharaja Fatenarayan Deo and usually falls in the months of August or September. It is associated with nine colours and, hence, there are nine rituals that follow on the day of the festival.

Also known as the ‘Hundred Drums Festival’, Wangala is celebrated by the people of the Garo tribe from Meghalaya, Nagaland and Assam. Various food items made from rice—a staple in this region—and rice beer (called chubitchi/chubok/chu)are consumed during the festivities. The date of the Wangala varies from village to village and it takes place between September and December. Typically, the celebrations are accompanied by dance and music, with people from across the village participating.

The Pawl Kut harvest festival is celebrated by the Kuki, Chin and Mizo tribes of Mizoram in December. The word ‘pawl’ means straw and ‘kut’ means festival, signifying its association with harvest. It is essentially a thanksgiving festival and is accompanied by revelry and joy. A few days before the feast, the men go hunting and during the festival, it is customary to consume meat and eggs.

The post-harvest Gaan Ngai festival is celebrated by the tribes from Assam, Manipur and Nagaland
Ashok Ningthoujam, Wikimedia Commons

This Saha Sutra article is based on the Practices and Rituals research on www.sahapedia.org, an open online resource on the arts, cultures and heritage of India.

Tusu is a harvest festival of the Kurmi community of West Bengal, Jharkhand and Odisha. It is celebrated from the last day of Aghrahayan to the last day of the Bengali month of Poush (mid-November to mid-December). During the festival, various instruments such as the mandars, dhak and jhanjahri are played.

The post-harvest Gaan Ngai festival is celebrated by the Zeliangrong people—a portmanteau of Zeme, Liangmai and Rongmei tribes from Assam, Manipur and Nagaland. The annual festival commences on the 13th day of the Manipuri month of Wakching (December–January). Though the rituals, customs and celebrations differ from village to village, there are some similarities across the tribes.

Gaan Ngai is usually celebrated over a period of five days. On the first day, a pig is sacrificed, cooked and eaten. This ritual is known as Jeigan Tumei. Sport competitions such as long jump and stone-throwing—collectively called Taophai Danchammei—are associated with Gaan Ngai. Numerous dances such as Tuna Gaan Laam and Napteng Laam are performed over the five days by boys and girls.

Hareli and Pola are two monsoon festivals that were traditionally observed by the various ‘cultivator’ tribes in the region, but are now celebrated across the state. Hareli usually falls in July, and the name comes from the Hindi word hariyali (greenery). It is only celebrated after a calculation of the planets (grahas) when seeds have germinated and seedlings have become visibly taller, which is why there is no fixed date. After Hareli, no agricultural tools are used on the land. Hence, it is a festival of finally cleaning and worshipping the agricultural tools that have finished their work for the season. Festivities include singing, dancing, eating different local breads like chila roti, muthiya, angarkar roti and chousera roti, and consuming the local alcohol called mahua.

Pola on the other hand, is an event of offering gratitude to the bail (Ox) for his labour on the field and is celebrated shortly after Hareli. Pola is celebrated when rice grains start germinating. It falls on the day of the Pithori Amavasya (new moon day) in the month of Bhadon. The festival has two important aspects, first it is indebted to the bullocks and second, a belief is widely held that during Pola, the goddess Annapurna is impregnated. This implies that the rice plants are filled with milk, that later become grains. Therefore, on the day of Pola no one goes to the field for work. Different farming communities celebrate it differently, though the rituals performed at night are performed to impregnate the crops, and are performed only by the married male members of a household.

The Karma festival is celebrated across the states of Madhya Pradesh and Jharkhand. It is held on the 11th moon of the Bhadra month (between August and September) and is dedicated to Karam—the god of youthfulness. It is accompanied by dancing and music. The festival is celebrated in the honour of fertility, prosperity and well-being.